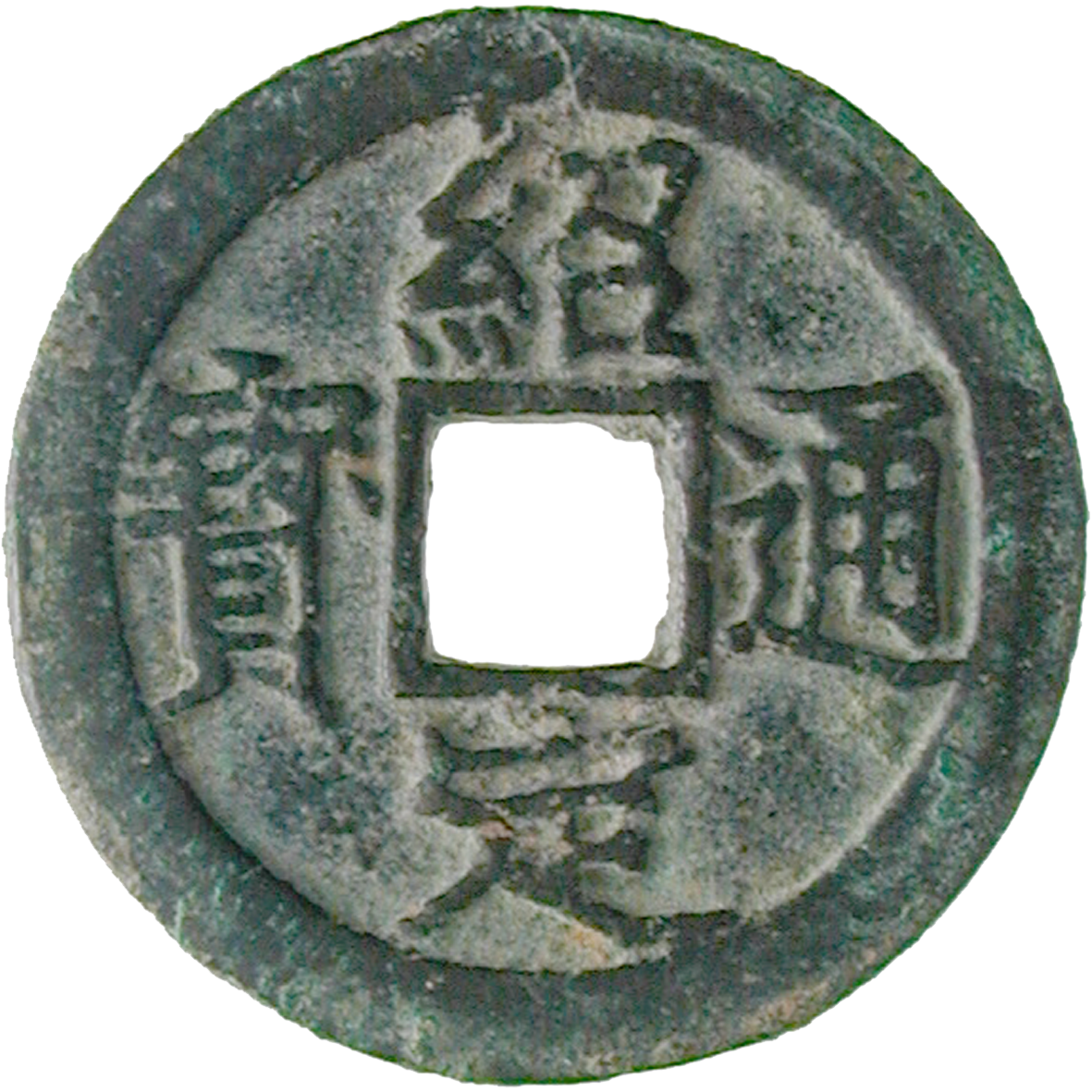 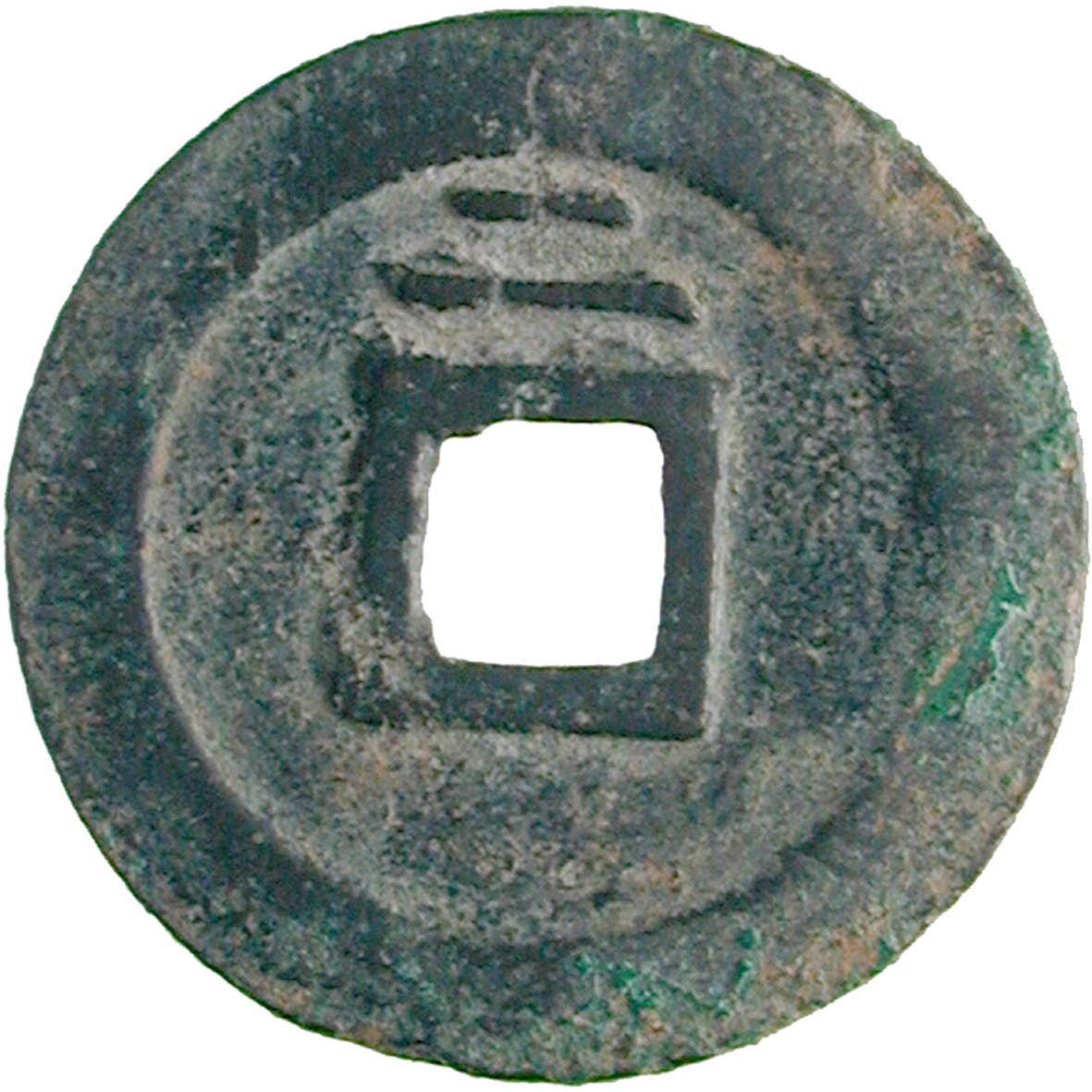 This coin of 2 Ch'ien was issued during the reign of Emperor Lizong (1225-1265), the 14th emperor of the Song dynasty. At that time conquered the Mongols the neighboring Jin Empire to the north (1234). In Chinese literature and historiography Lizong is described as miscreant, a reputation he most probably owed to his economic policy – the uncontrolled issue of paper money at that time caused a heavy inflation, and the war against the Mongols strained the state treasure additionally. This coin bears the era name of Shaoding, "continuous consolidation," and can thus be dated to the time between 1228 and 1233.