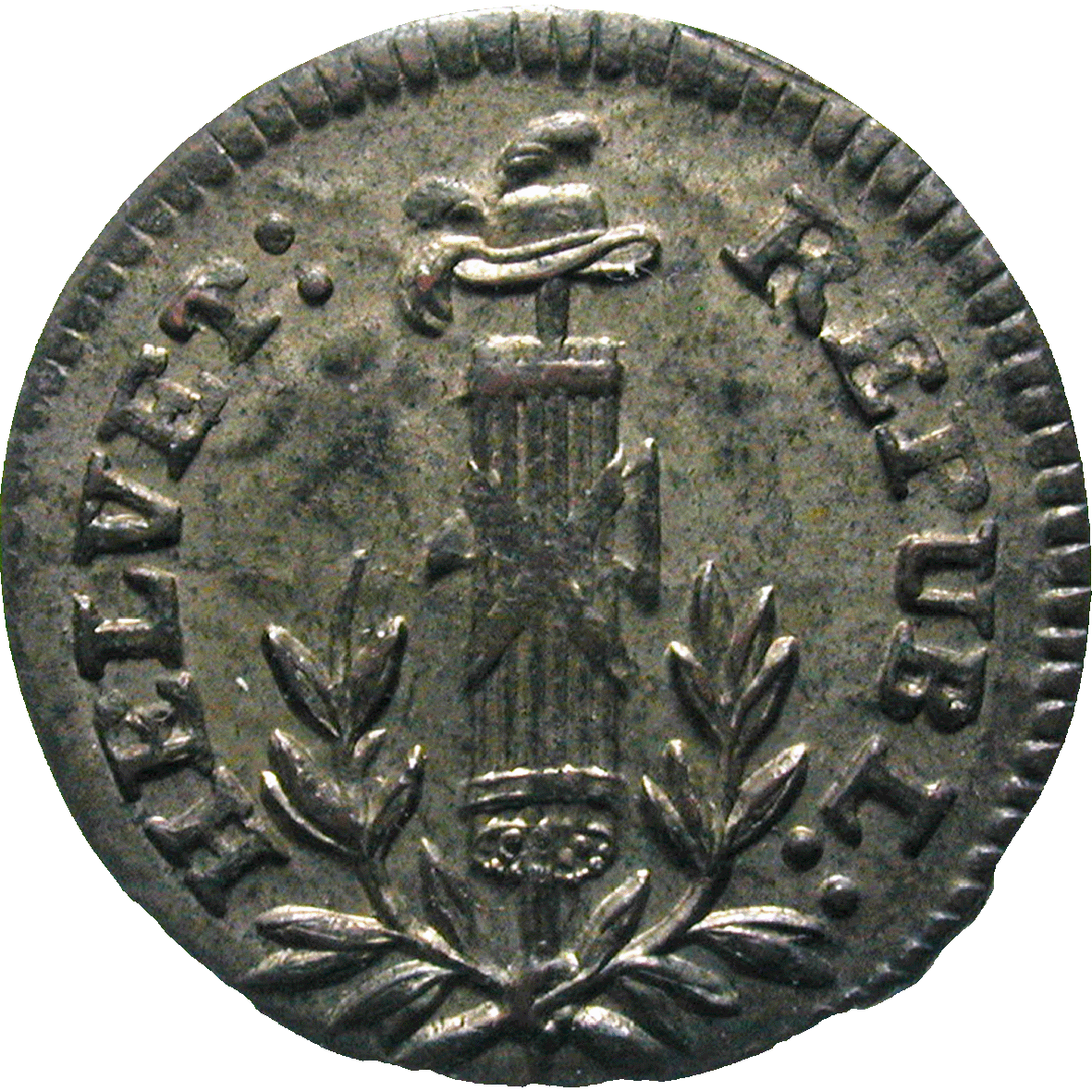 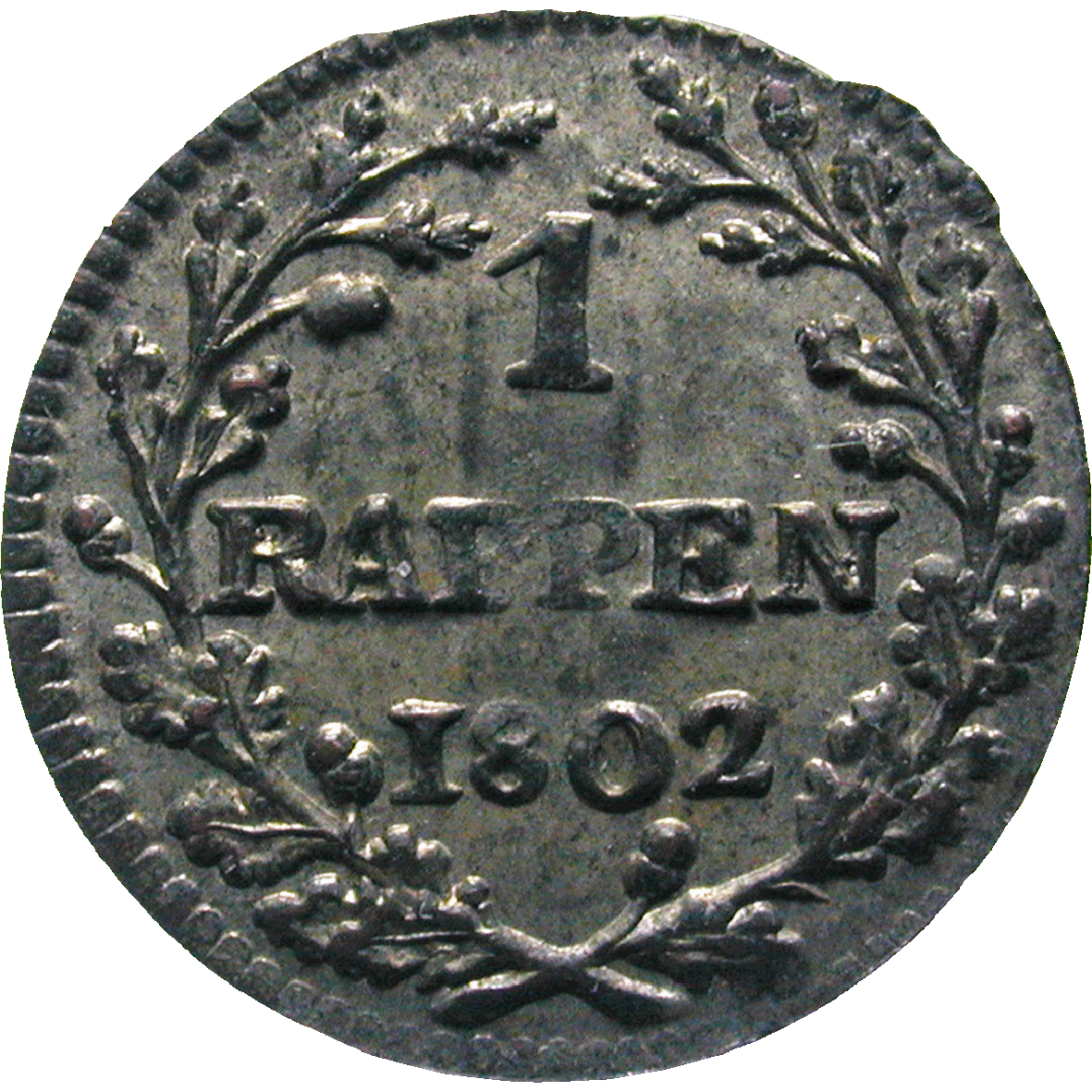 The coins of the Helvetic Republic showed for the first time the symbols of liberty that were also prominent on coins of other republics at that time, for instance on those of France or the United States. This rappen bears a fasces on its obverse, a bundle of rods that had symbolized the republic in ancient Roman times already: the tied rods stand for the strength of unity. The axe in the middle shows that the state will severely punish attacks against that unity. The depiction is finally crowned by a freedom hat, as they had come into fashion during the French Revolution of 1789.