Republic of Argentina, 1 Argentino or 5 Pesos 1886 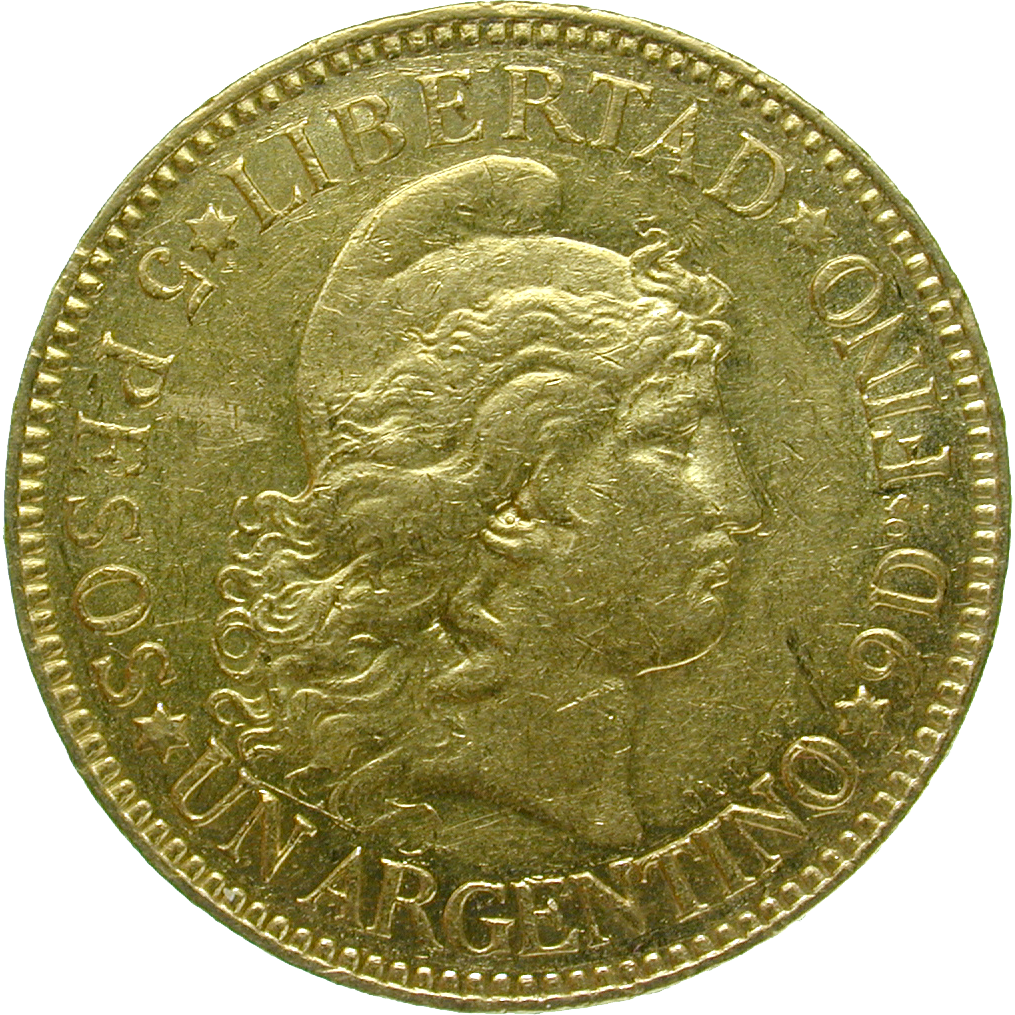 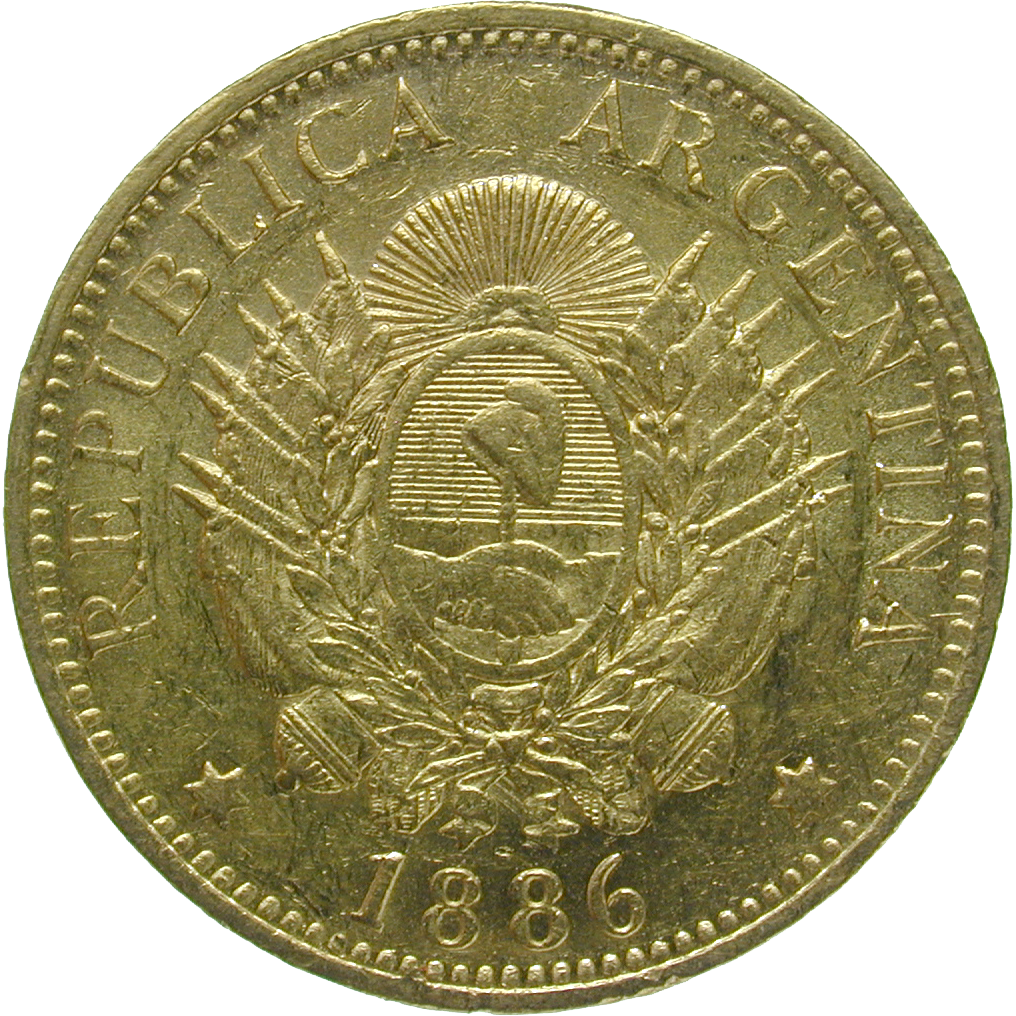 The Argentinean people had to fight long and hard for its independence. After the French Revolution of 1789, revolutionary ideas from France sparked off a movement of independence in South America. Argentina, however, gained independence from Spain only in 1853, more than sixty years later. French ideas also had strong influence on Argentinean coinage. 1 Argentine peso corresponded to 5 French francs, so that this golden argentino of 5 pesos was worth 25 francs. Moreover Libertad, the personification of freedom on the obverse, strongly resembles the French Liberty. Both wear Phrygian caps, the emblem of liberty par excellence. The fashion harks back to antique Phrygia in Asia Minor, where freed slaves had worn caps with their tops pulled forward. The Phrygian cap appears again on the reverse of the coin; this time it is stuck over the spearhead in the centre of the Argentinean coat of arms. This is a reminiscence of how freedom in Argentina was gained, namely by force. The hands underneath the cap symbolize the oath on the republican constitution.