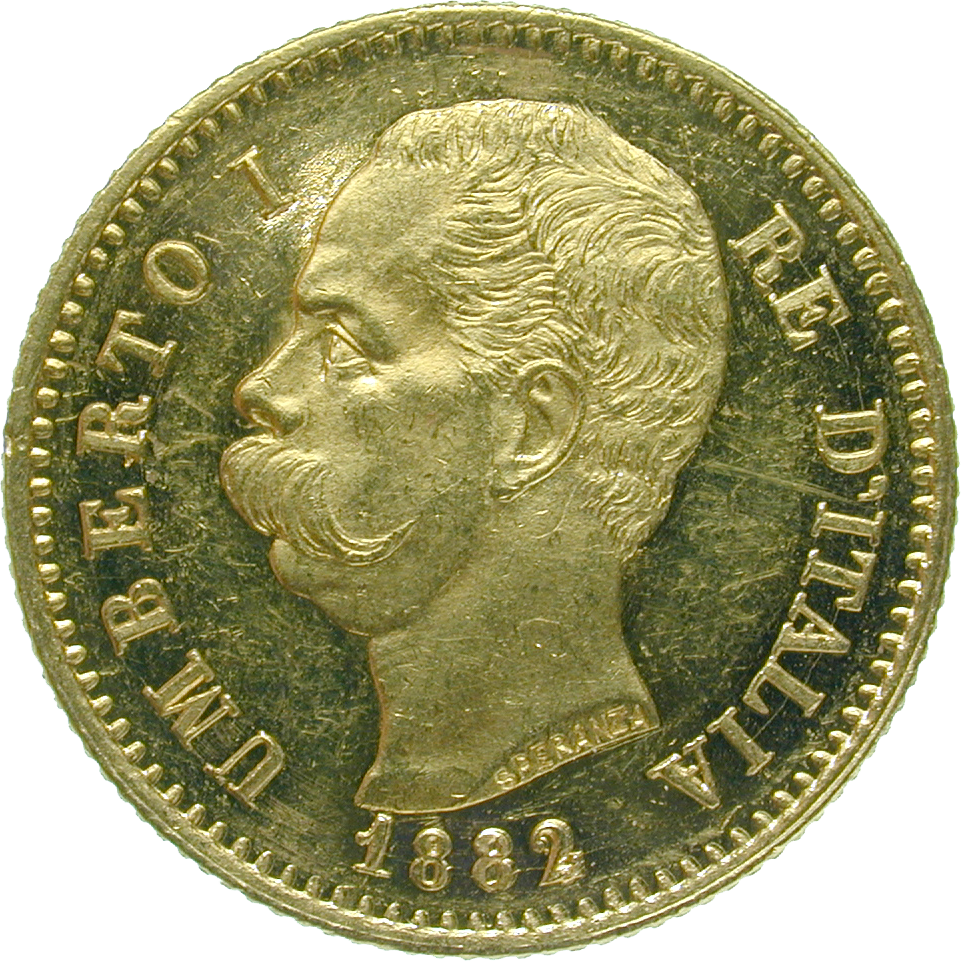 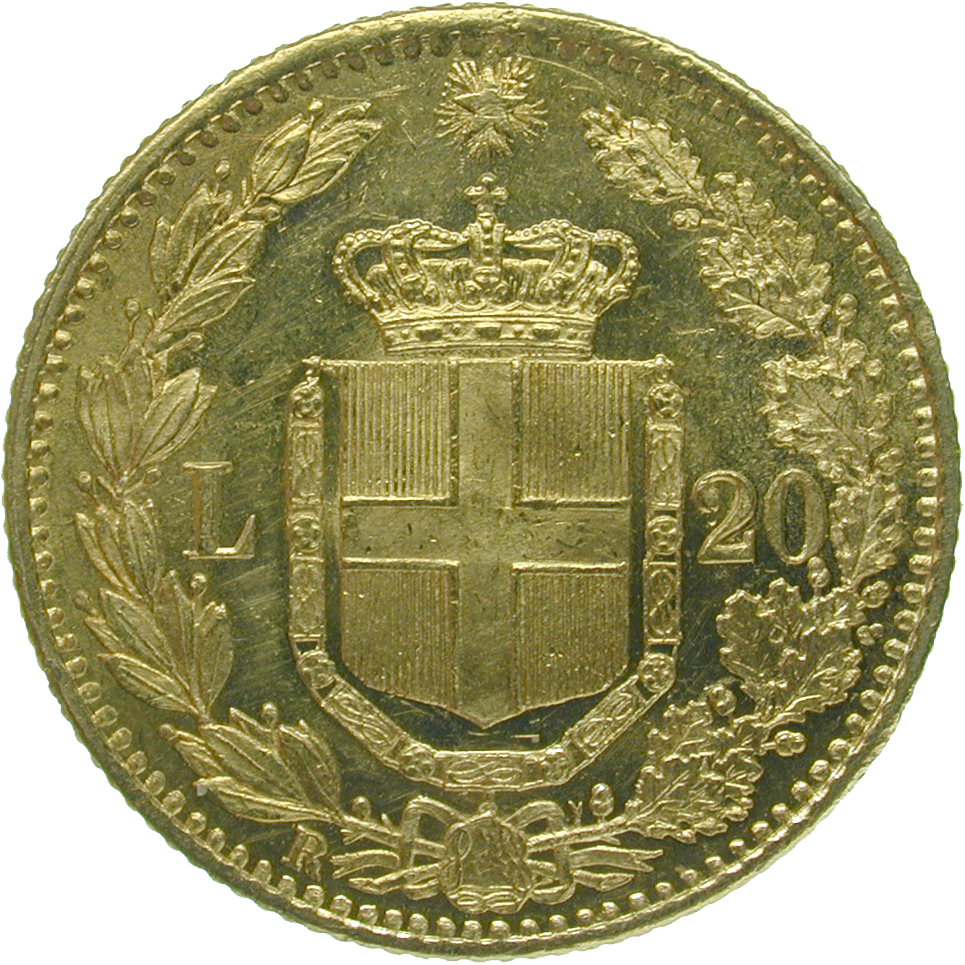 20 lire! Most Italians could only dream of such an amount of money at the end of the 19th century. At that time, many families lived from farming, surviving only just. Agriculture was barely mechanized, instead there were masses of landless seasonal workers, who toiled for a pittance on the huge latifundia in the south. In 1898, after a bad crop, the price for bread was raised considerably: Prices climbed from 50 to 60 centesimi per kilogram, and in some places even to 75 centesimi. This price raise for bread sparked off a wave of revolutionary unrest, emanating from southern Italy and spreading quickly, until it climaxed in an actual upheaval in Lombardy. The revolt could be put down only after bloody fights. The assassination of King Umberto I (1878-1900) the following year was the last, sad reverberation of these internal fights.