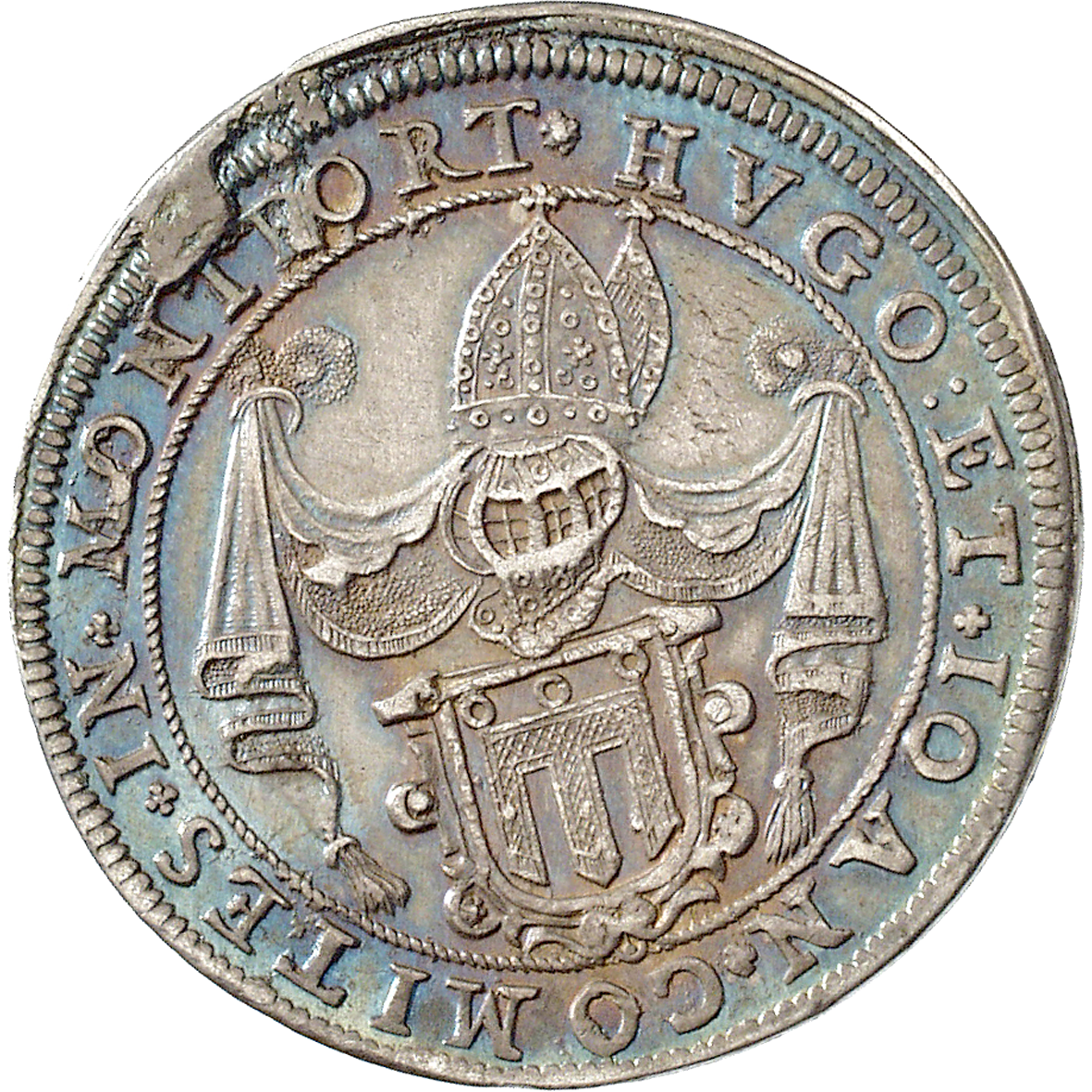 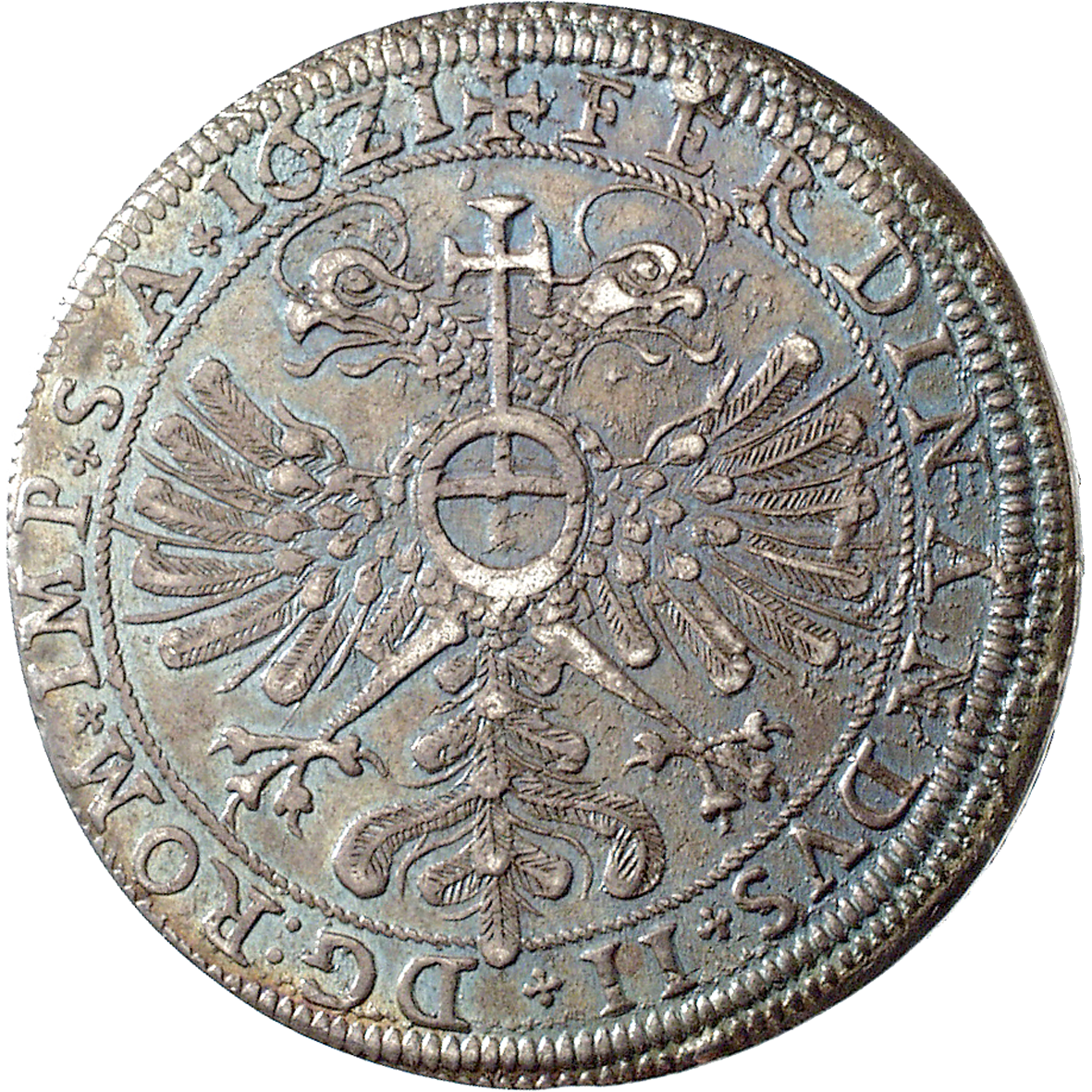 The counts of Montfort used the privilege to mint coins since the 14th century. They issued talers of extraordinary quality even during the Thirty Years' War (1618-1648), as this specimen demonstrates. The county of Montfort was located in the area of modern Vorarlberg; the town of Bludenz and some territories at the Lake of Constance belonged to the county as well. The emblem of Montfort on the obverse of this coin shows a church banner with three rings, which can be found on Vorarlberg's coat of arms until this day. And the mitra, the bishop's hut atop the crest, symbolized that Montfort was a hereditary bailiwick of the bishopric of Chur.