Kingdom of Macedon, Alexander III in the Name of Philip II, Stater 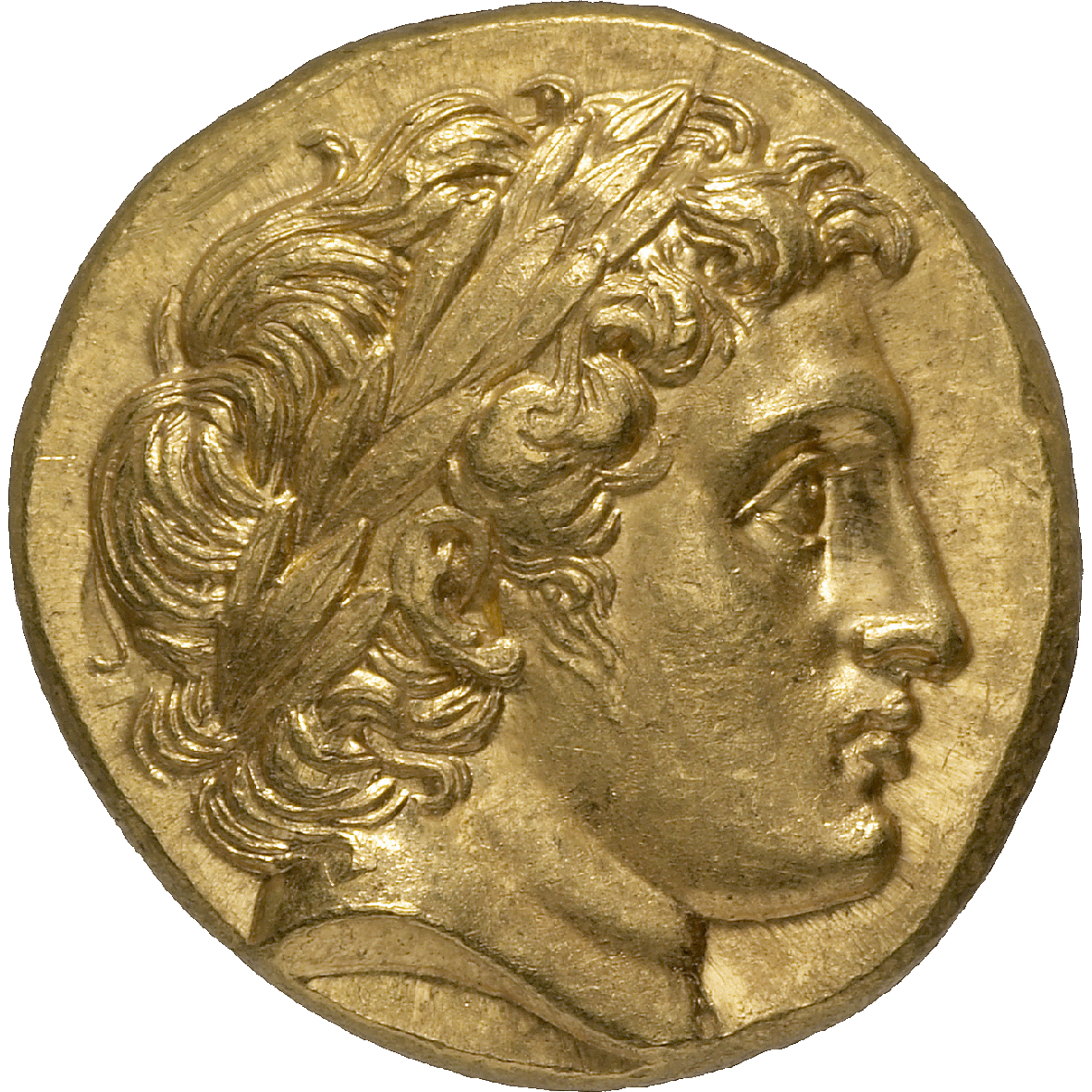 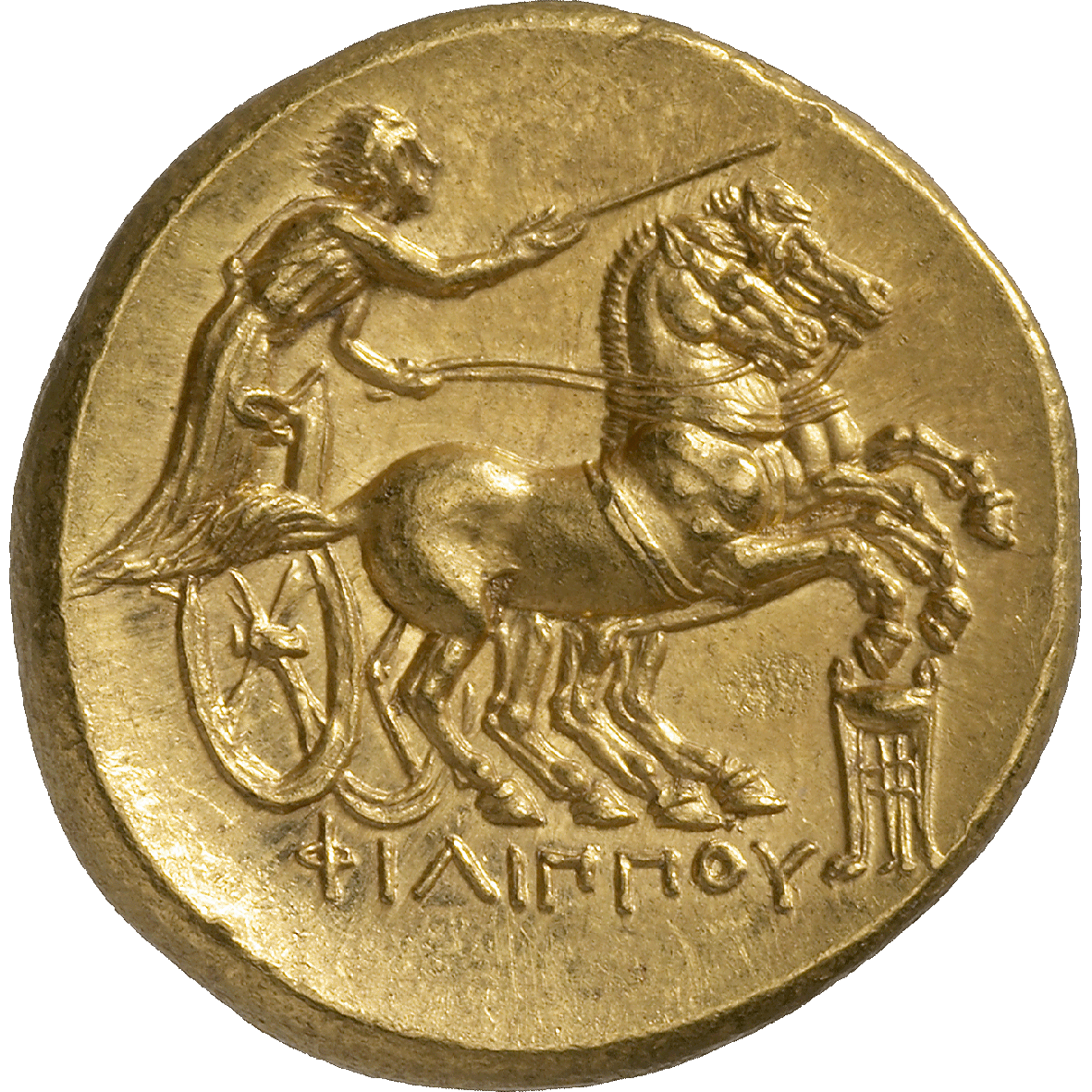 Through decades of warfare, King Philip II had turned Macedon into the leading power of the Greek world. In the summer of 336 BC he was assassinated, however, and succeeded by his son Alexander (until 323 BC), later to be known as "the Great." This coin was minted one year before Alexander's death. It bears a beautiful image of Apollo.

The coin is a so-called Philip's stater, as Alexander's father Philip had already issued them for diplomatic purposes (bribery thus) and for the pay of his mercenaries. These mercenaries, among them many Celts from northern and central Europe, later brought the Philip's staters into circulation in their homelands. The coins became so popular that they were minted long after Philip's death – not only by his son Alexander and his successors, but also by diverse Celtic tribes.