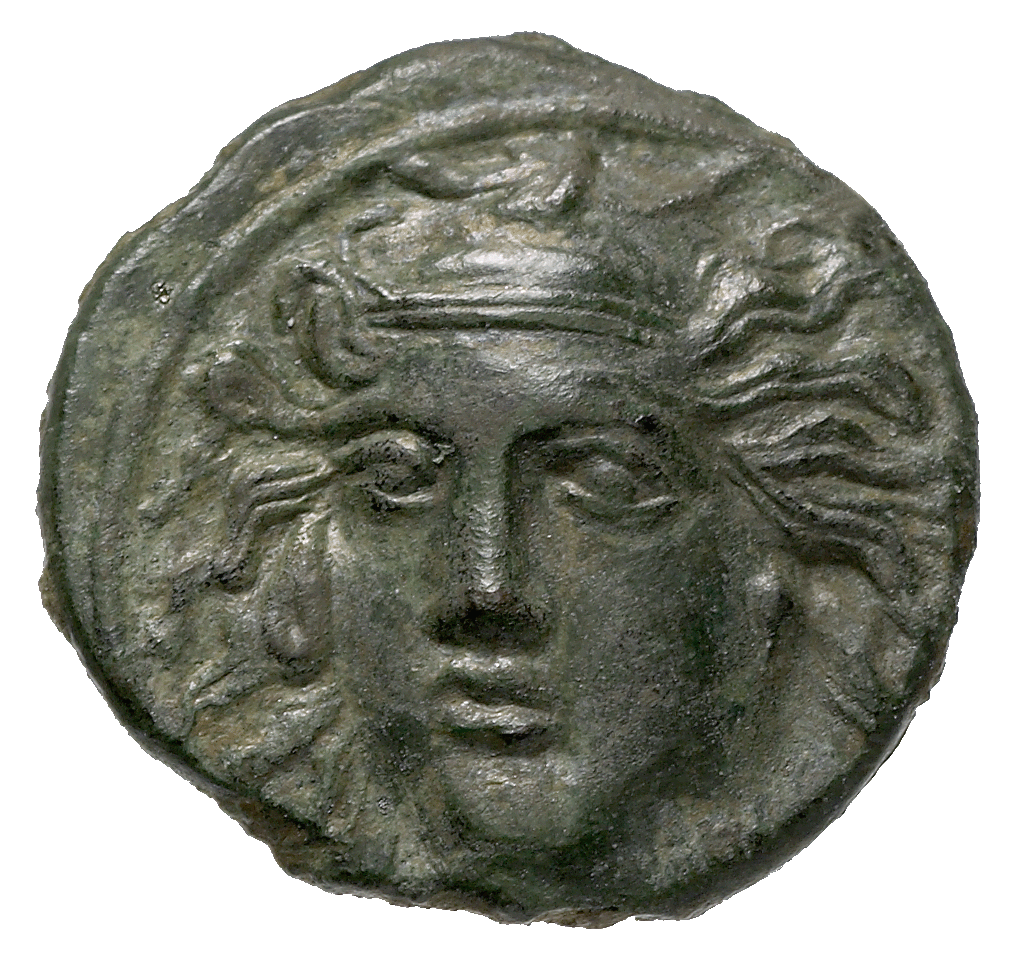 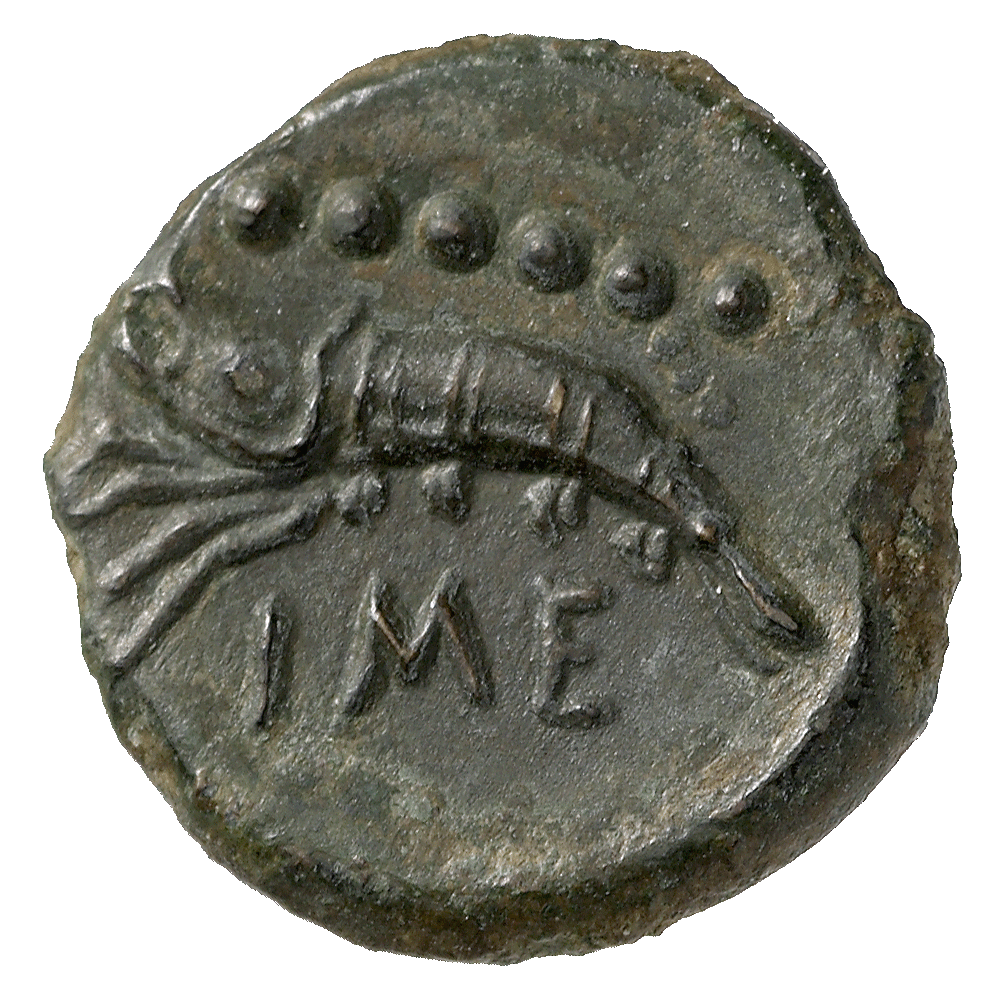 Around 550 BC Himera was among the first Sicilian city to mint coins. These early issues were struck from silver; bronze coins appeared only much later. Bronze coins are divisional coins, only needed in societies with a fully developed monetary economy, that have no use for barter anymore.

Himera was destroyed by the Carthaginians toward the end of the 5th century BC. This coin must have been minted shortly before the catastrophe. It shows on the obverse the head of the nymph Himera and on the reverse a prawn.

The six pellets on the reverse indicate the coin's value. At that time the Himerans calculated in the duodecimal system: twelve onkiae equaled a litra, a very popular small silver coin. This piece was worth six onkiae, half a litra thus, and was therefore called hemilitra.