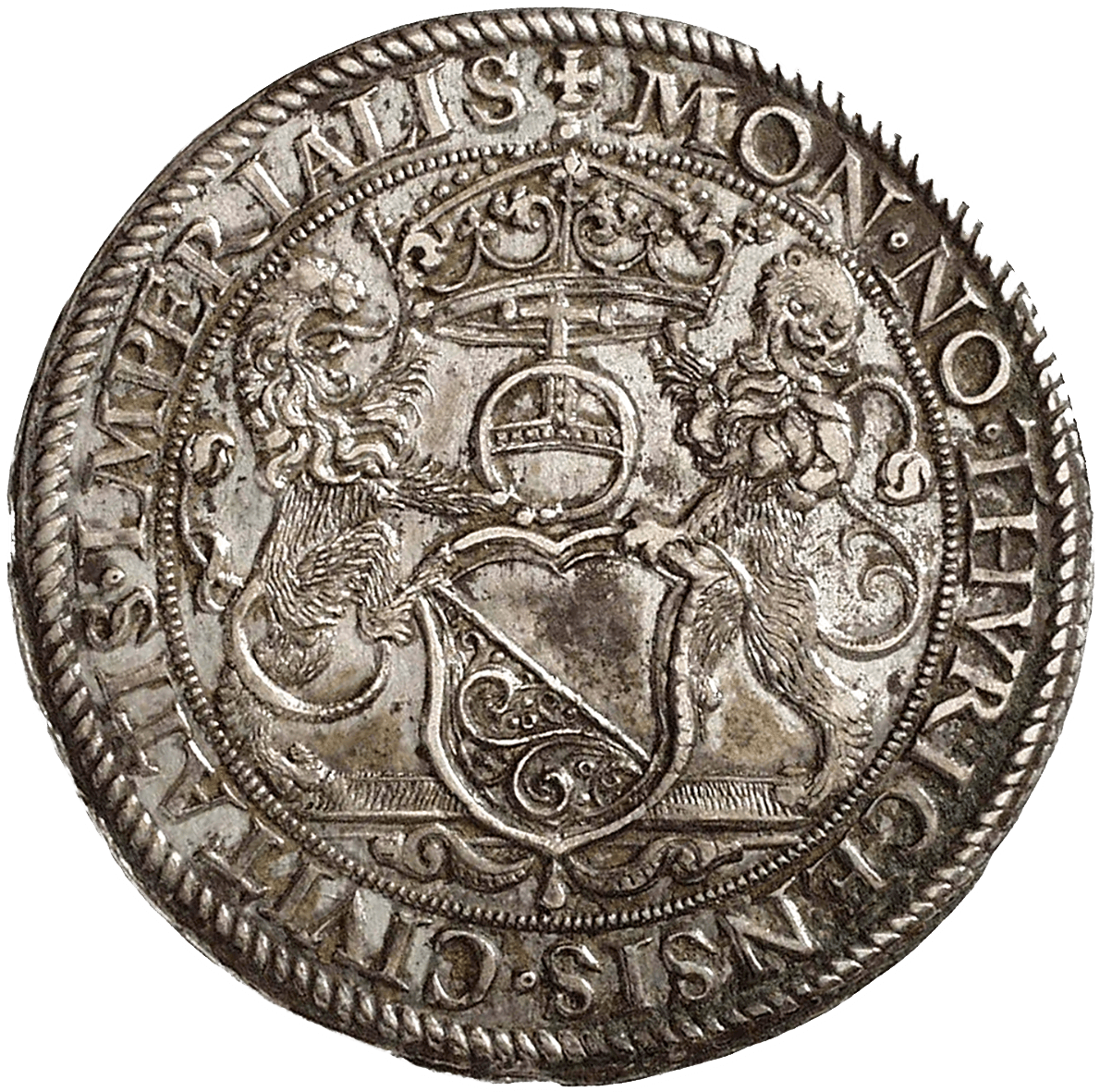 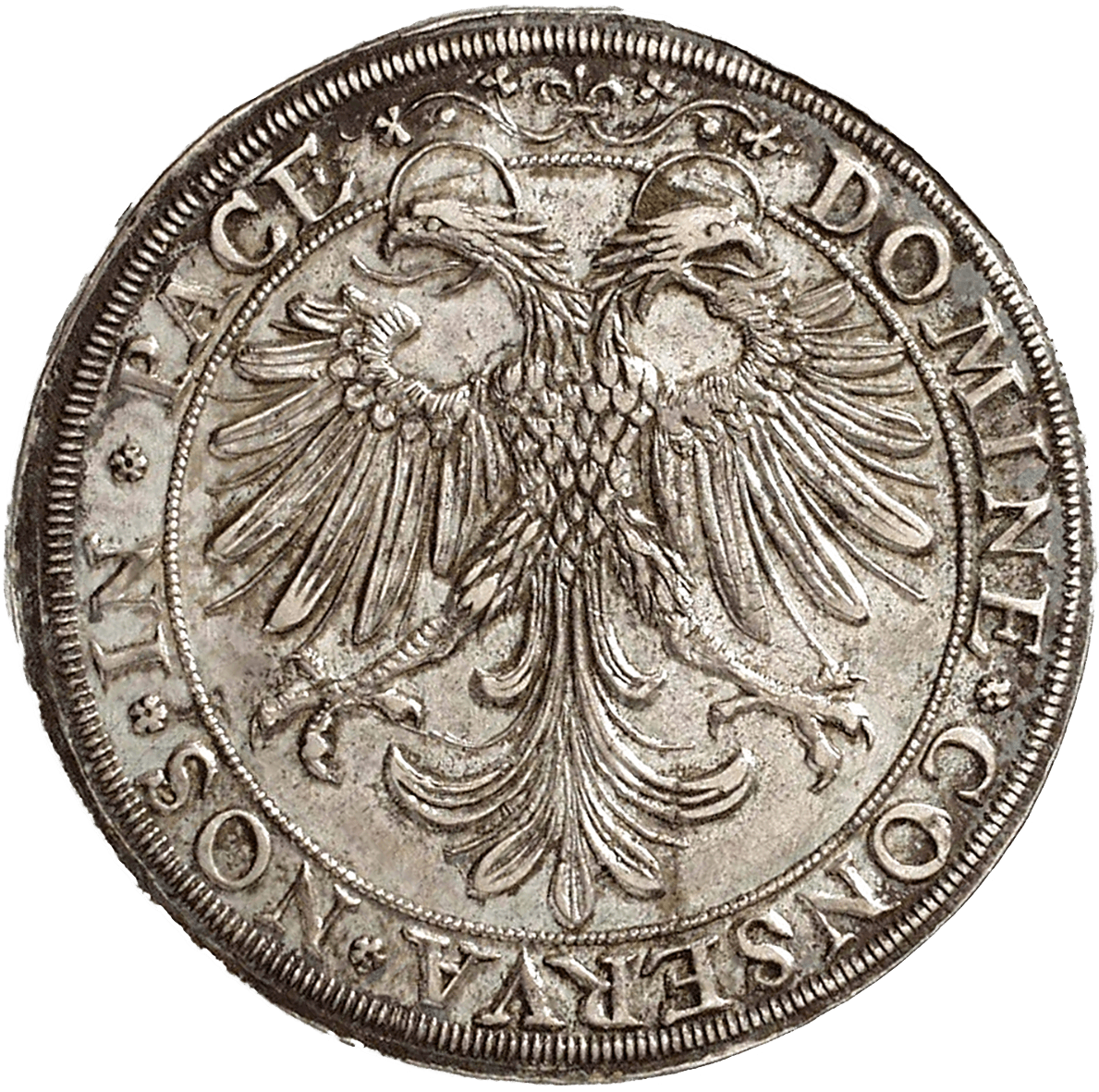 Between 1555 and 1561, the mint masters Hans Gutenson and Jakob Stampfer minted more than 9 million coins in Zurich: an enormous amount for the time. This could only be accomplished because Stampfer did not mint his coins by hand any more, but used a rolling mill. Previously, every single coin had to be struck with a hammer. Now, however, the new technology allowed the minting of several coins in one go.

The mint masters of Zurich not only produced coins but also engraved the dies. This one has been cut by Jakob Stampfer, the most famous goldsmith of his time. The coin is undated, but was minted most likely in the year 1560. That makes it one of the early pieces of Master Stampfer.