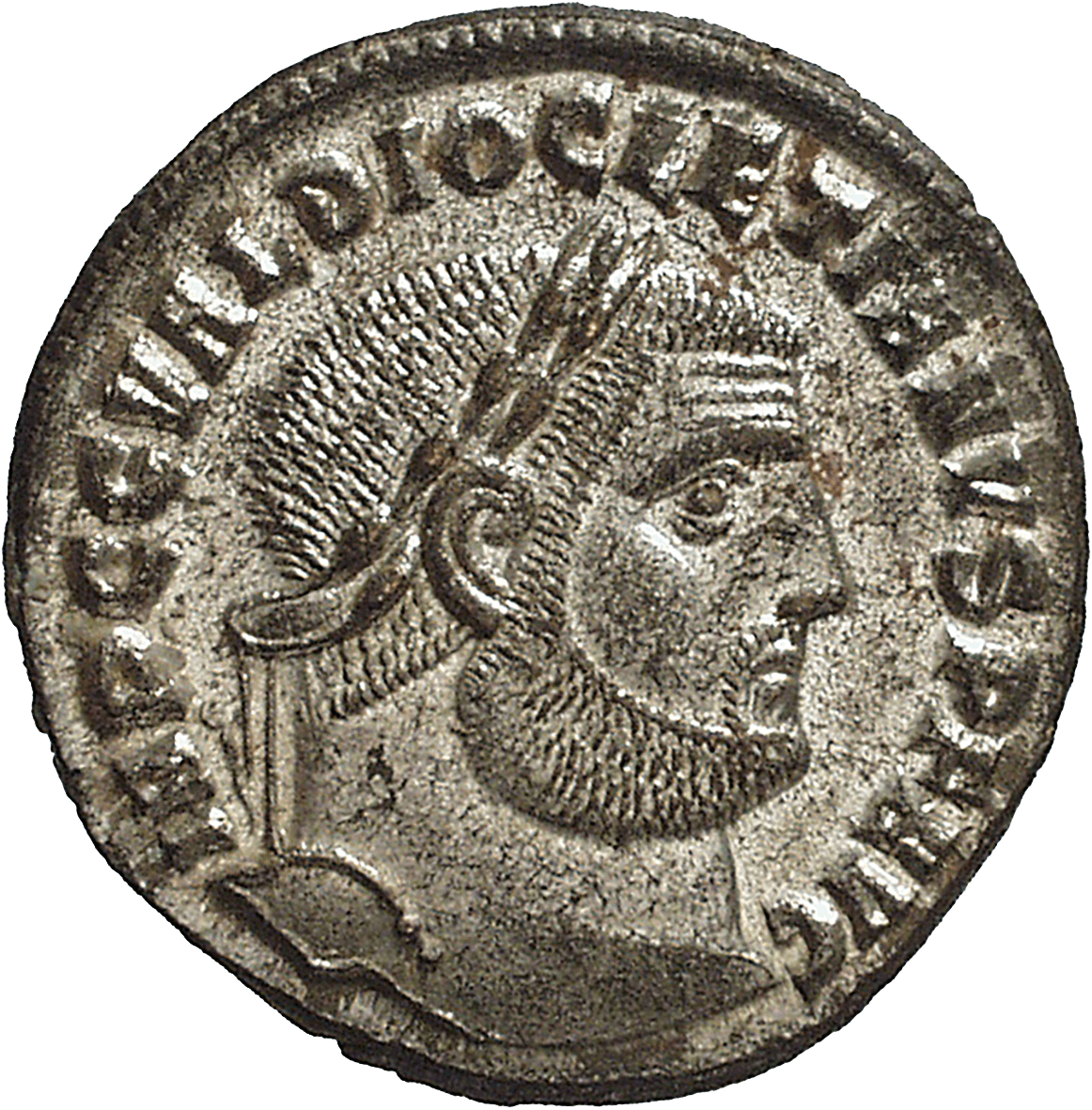 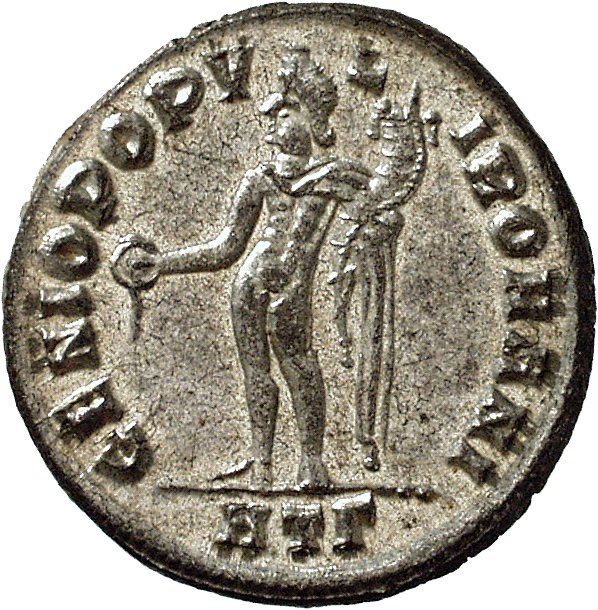 Folles is what the Romans called small coins carried in a pouch. The term was supposedly used only in vernacular in the beginning, for 'follis' is the latin word for 'pouch.'

Emperor Diocletian (284-305 AD) introduced the follis in one of his monetary reforms. The coin was made of copper with a silver content of 2-4 percent. At the beginning, 1 follis was worth 10 denarii, later 20 denarii.

This follis bears Diocletian's portrait and on the reverse the Genius Populi Romani, a symbol for the unity of the Roman Empire.