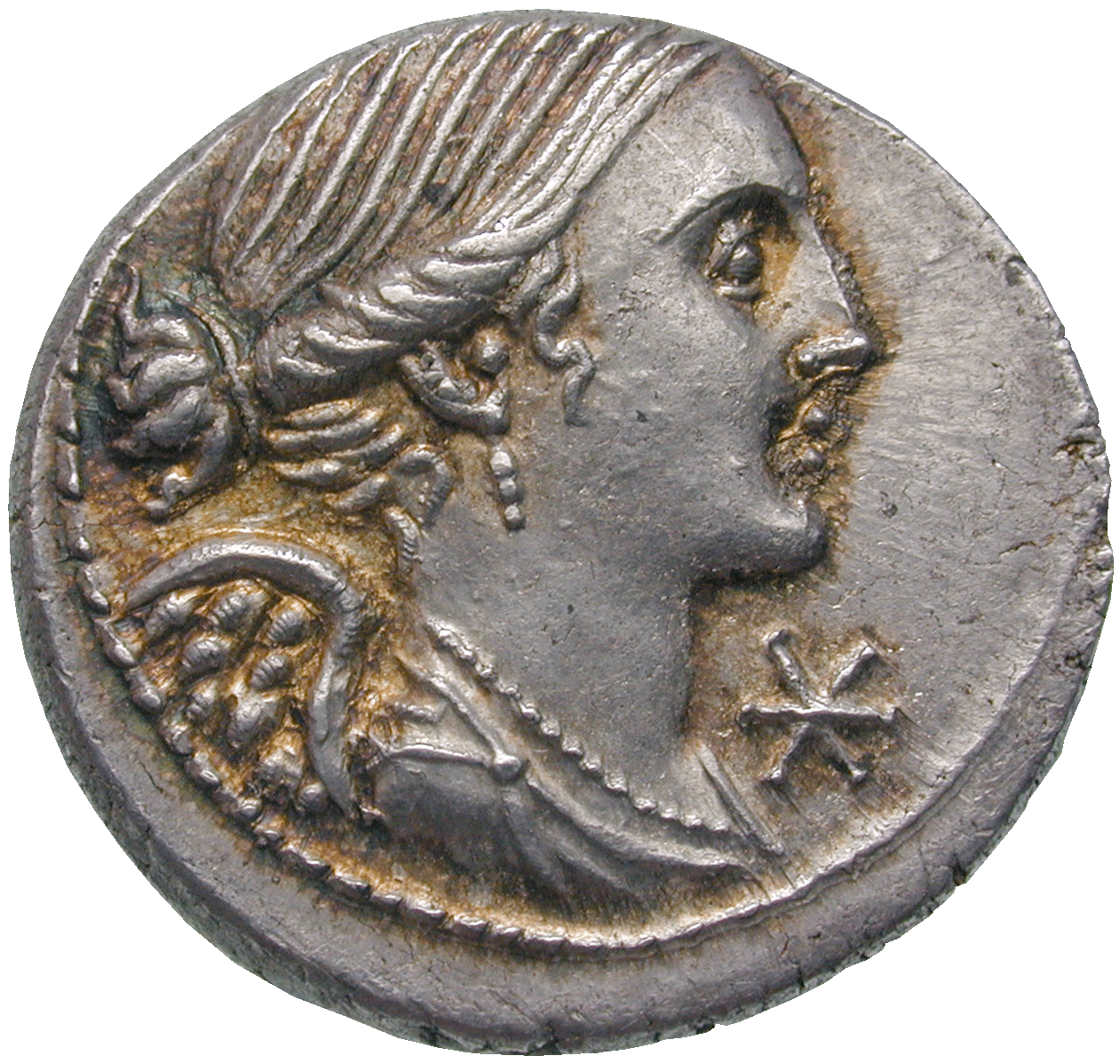 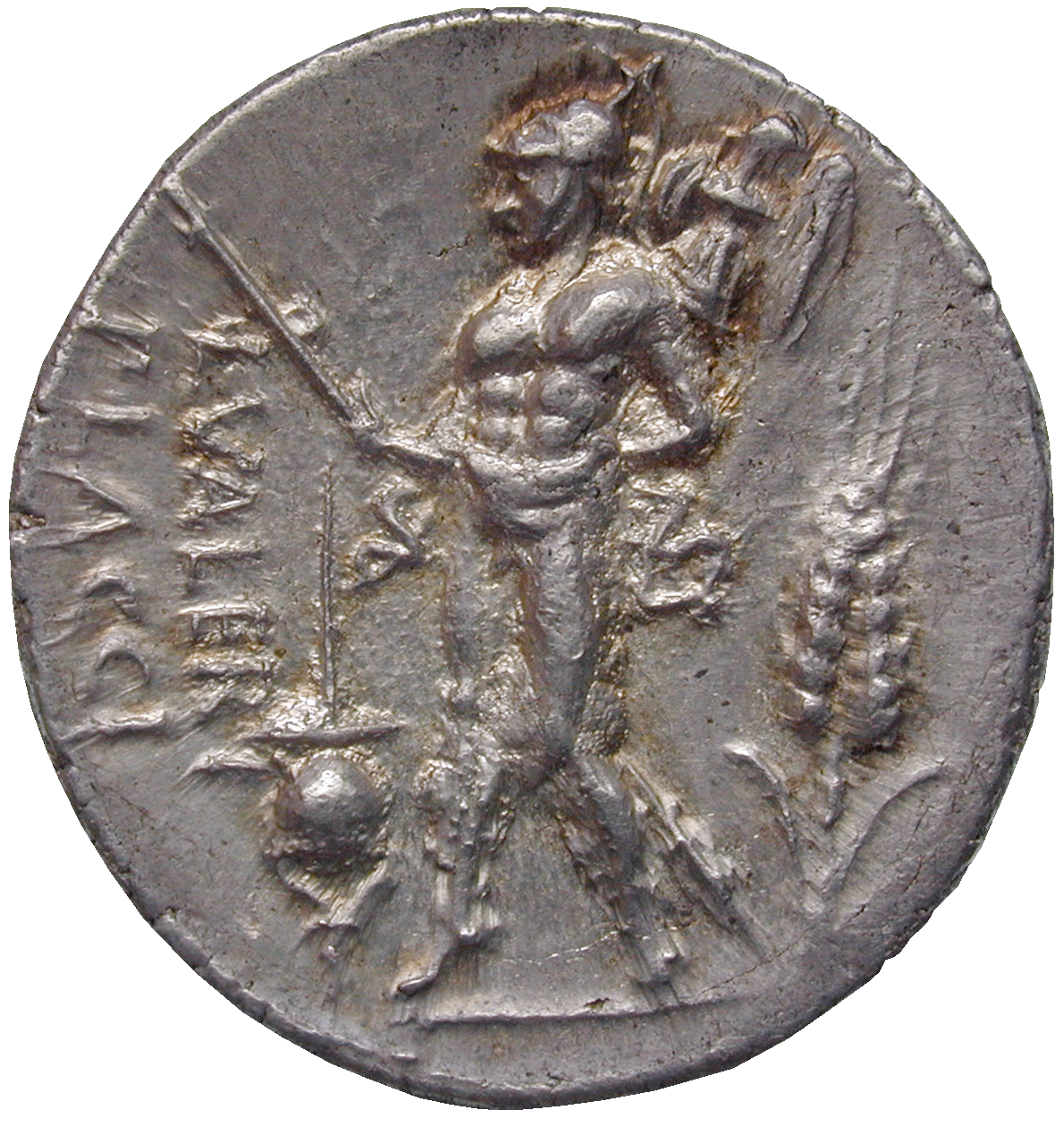 The obverse of this denarius depicts Victoria, the winged goddess of victory, with a necklace and her hair in a bun. On the reverse is Mars, the Roman god of war, with a spear and a trophy over his shoulder. However, Mars was not the god of any arbitrary war, but the god of just wars – as the Romans saw it, of wars thus that were fought to defend the Roman homeland and fields. This is indicated by the corn ear on Mars's side. The legend L. VALERI FLACCI refers to the moneyer Lucius Valerius Flaccus.

Below the knee of Mars is an apex, a woolen cap with a pointed piece of olive-wood. It belonged to the ritual garb of the Flamen Martialis, a priest who oversaw the cult of Mars. With this symbol the moneyer Valerius Flaccus manifested that his father had been such a distinguished and renowned priest.