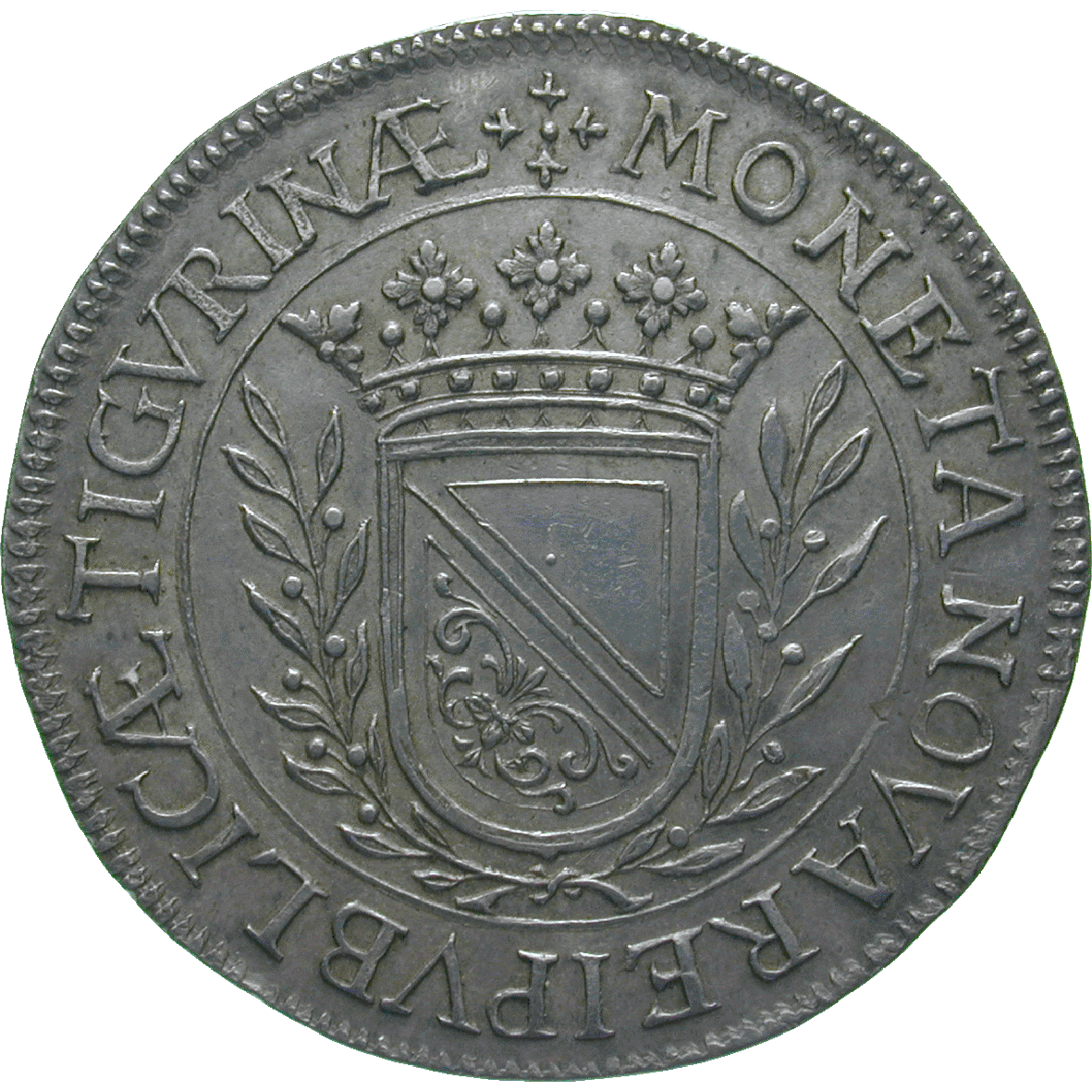 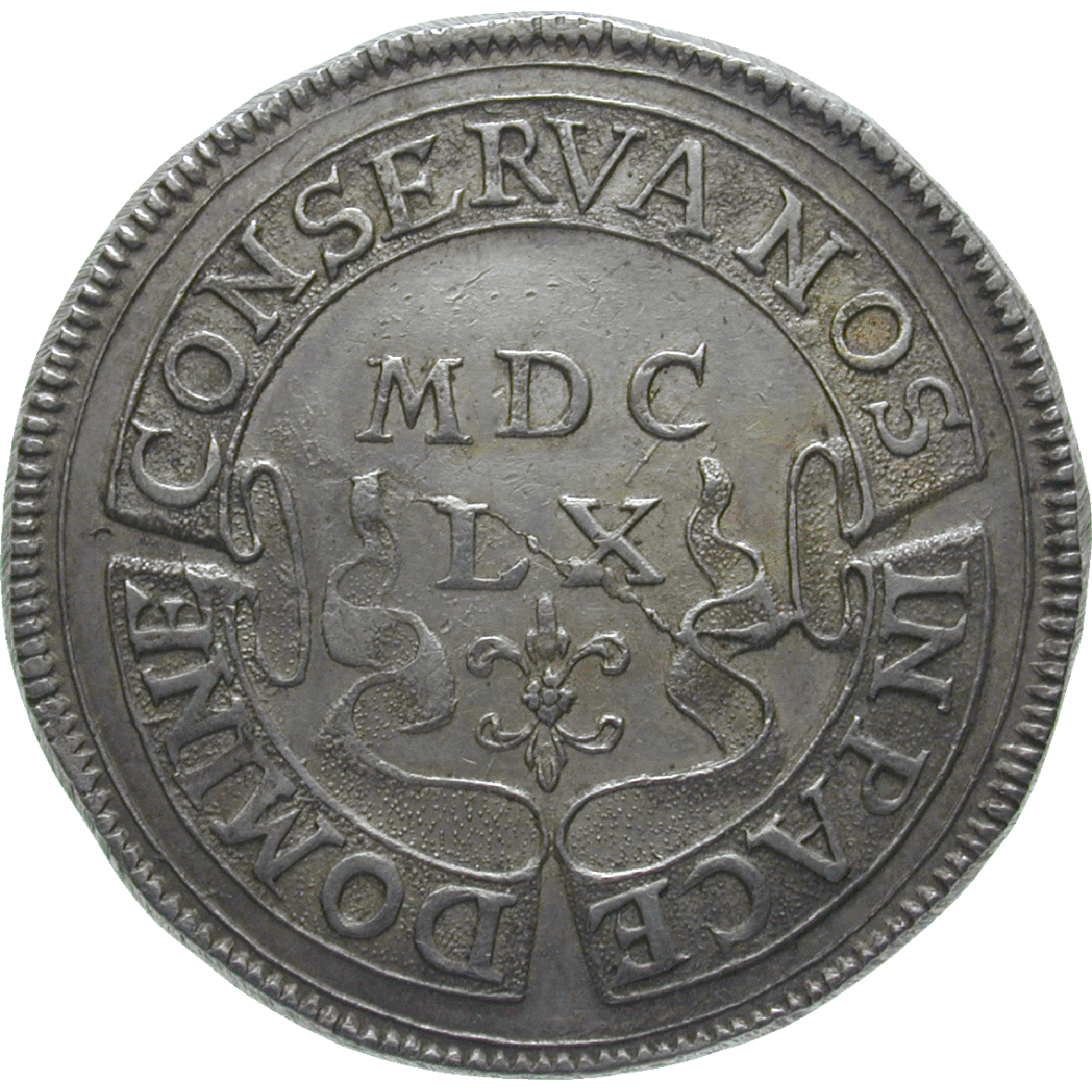 Some 9,000 people lived in Zurich in the first half of the 17th century, and only about 1,500 of them were burghers – a small circle thus, in which solidarity prospered as well as envy. This was well known to Johann Heinrich Waser when he was elected mayor of Zurich in 1652. For that reason Waser was very careful to record all the revenues he got in office.

And indeed, Waser was accused of corruptibility when he concluded an alliance with the French king Louis XIV in 1663. Waser was absolved of this accusation in a big trial; however, this did not end the chitchat.

The hostility against Waser became evident by the rejection of his coins. People in Zurich interpreted the little ornament below the year as a French lily and an allusion to Waser's pro-French policy. Waser's coins were therefore called disparagingly 'Waser talers' or 'Hochmutstalers' ('haughtiness talers'), and people refused to use them. At last the Waser talers had to be withdrawn from circulation; they were reminted and consequently are very rare today.