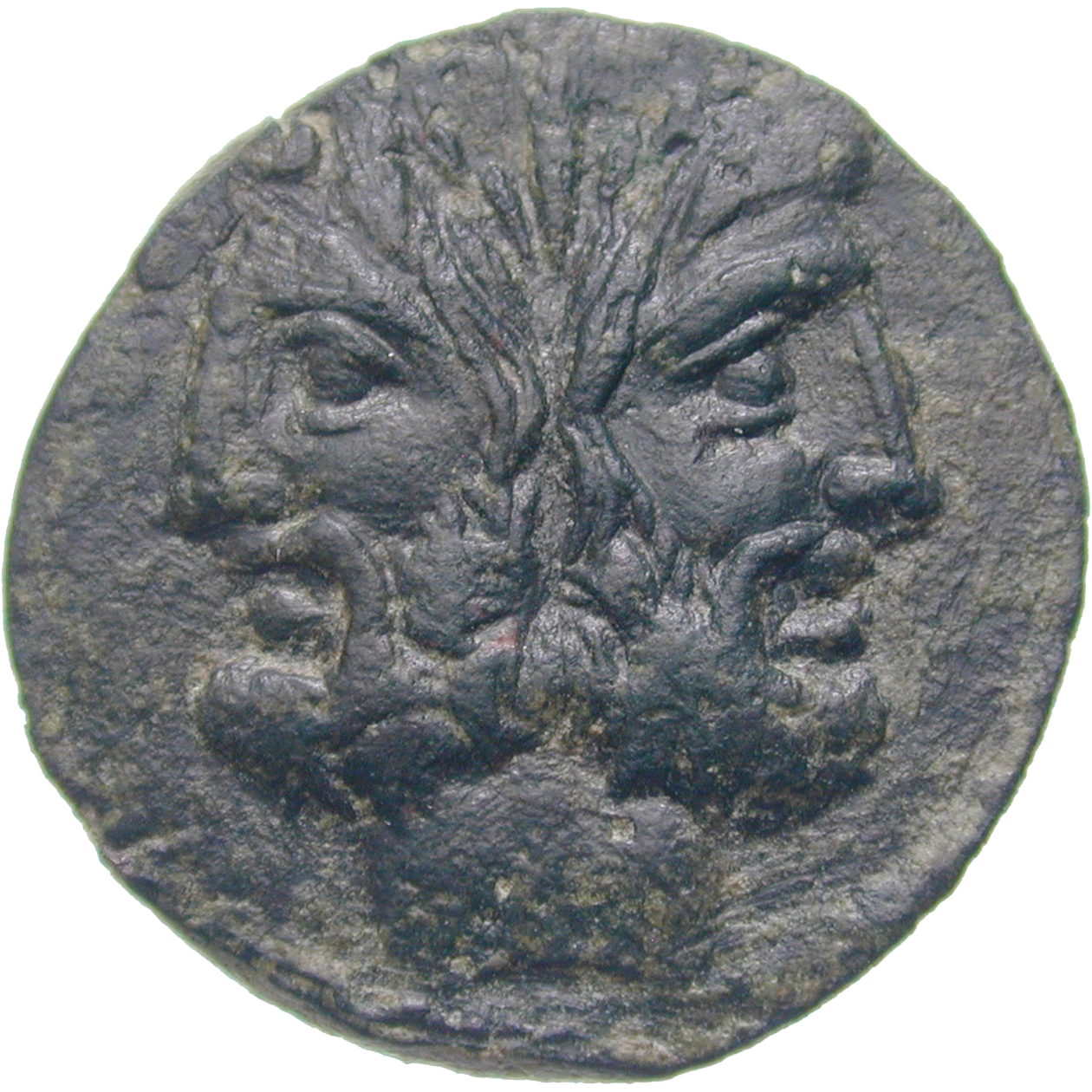 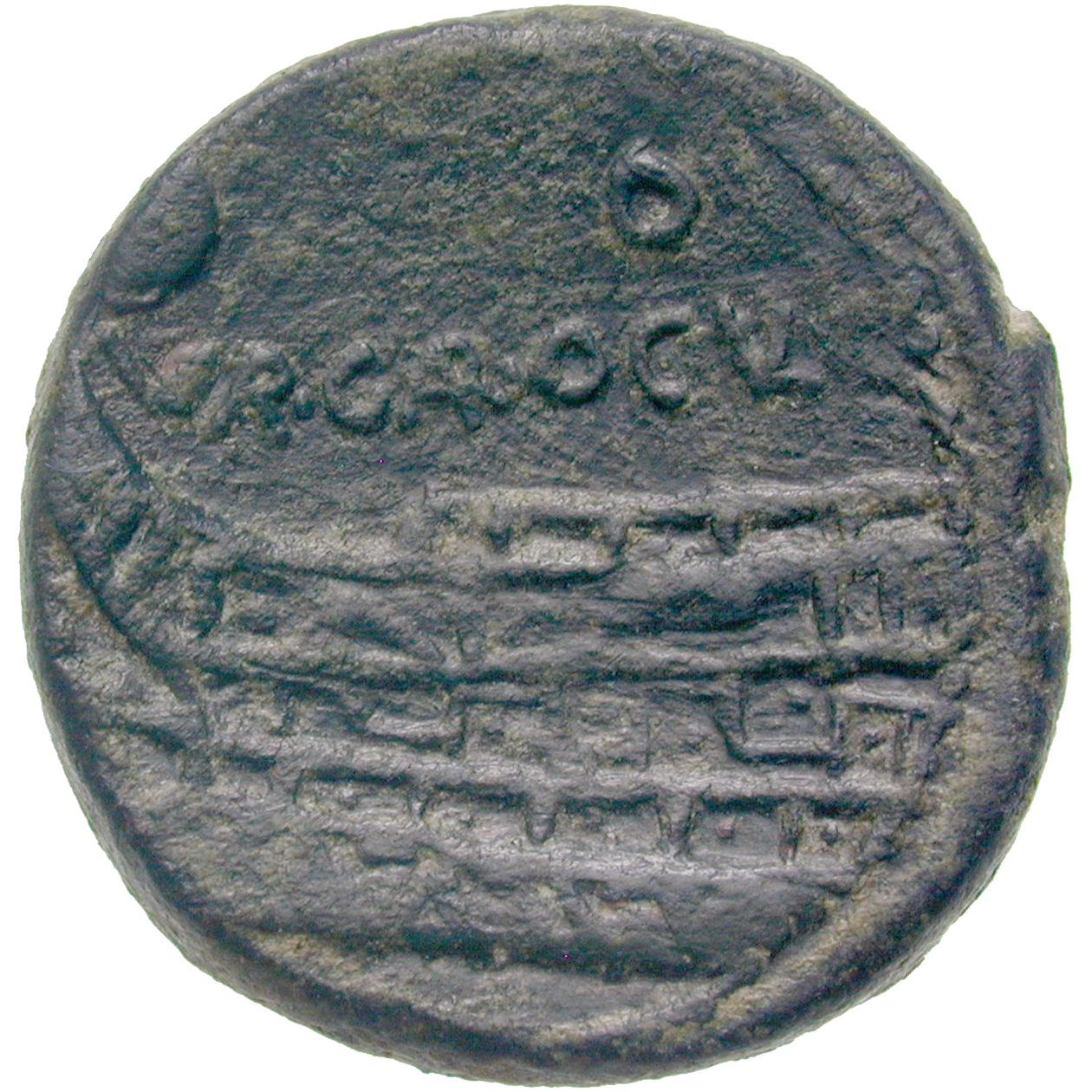 The obverse of this bronze coin from the year 86 BC depicts the two-faced god Janus wearing a laurel wreath; above him the specification of value, I. The reverse shows a prow beneath the inscription VER OGVL GAR, supposedly for the moneyers Gargonius, Ogulnius and Vergilius (or Verginius). Above the inscription is a sign resembling the letter O, perhaps the a mint control mark.

The coin is an as, the original Roman coin. The other denominations of the Roman monetary system were based on it, and their names referred to it. The denarius, for instance, the 'coin containing ten,' had been valued at 10 asses at the time of its introduction in 211 BC. The same was true for the sesterce, whose name derived from 'semis tertius' for 'the third halved:' the sesterce had originally been valued at 2 1/2 asses.

The as was devaluated in the course of time, and its value ratio vis-à-vis other denominations changed. As from 130 BC the denarius was valued at 16 asses, the sesterce was worth 4 asses. The names remained the same, however.