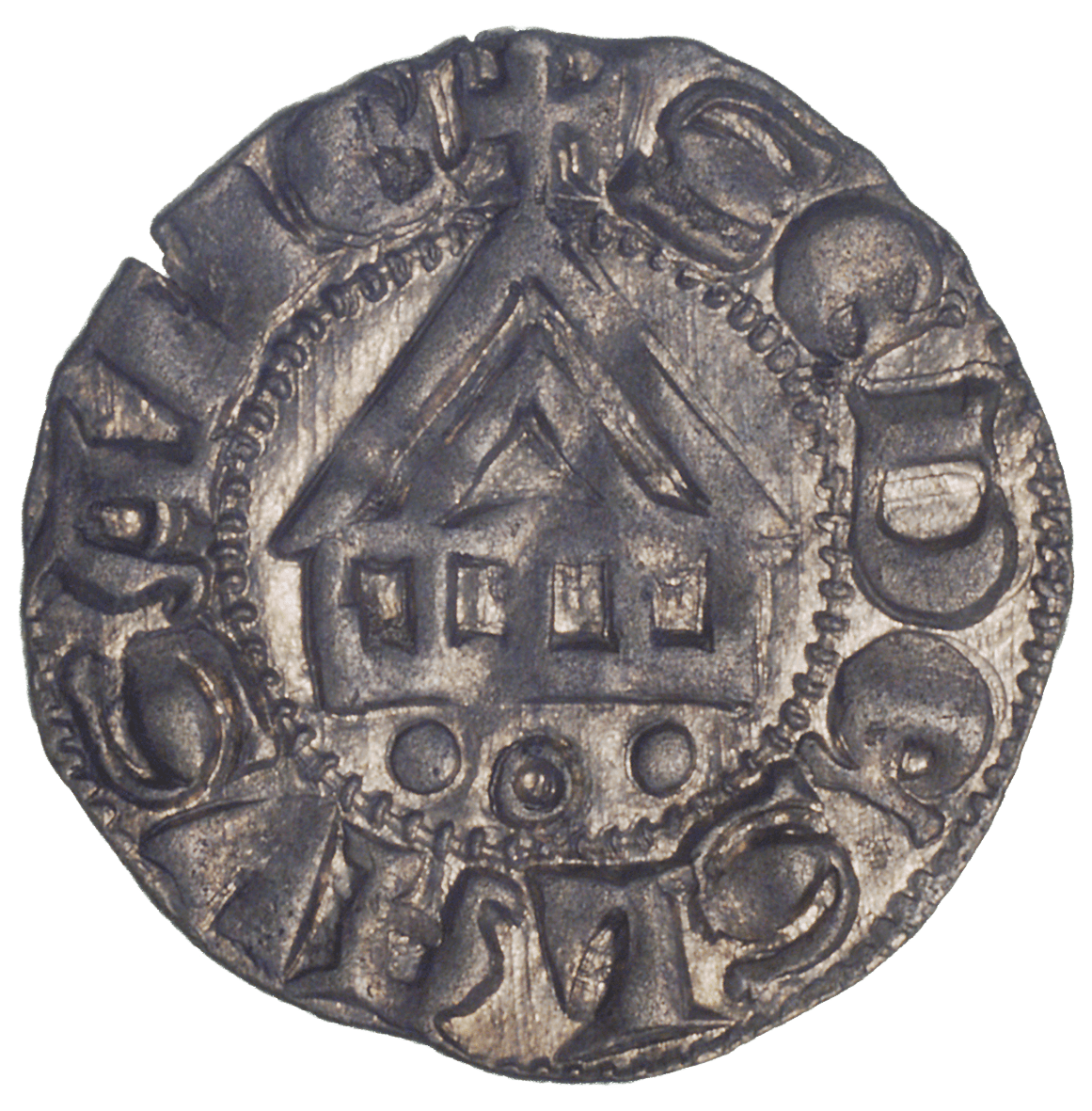 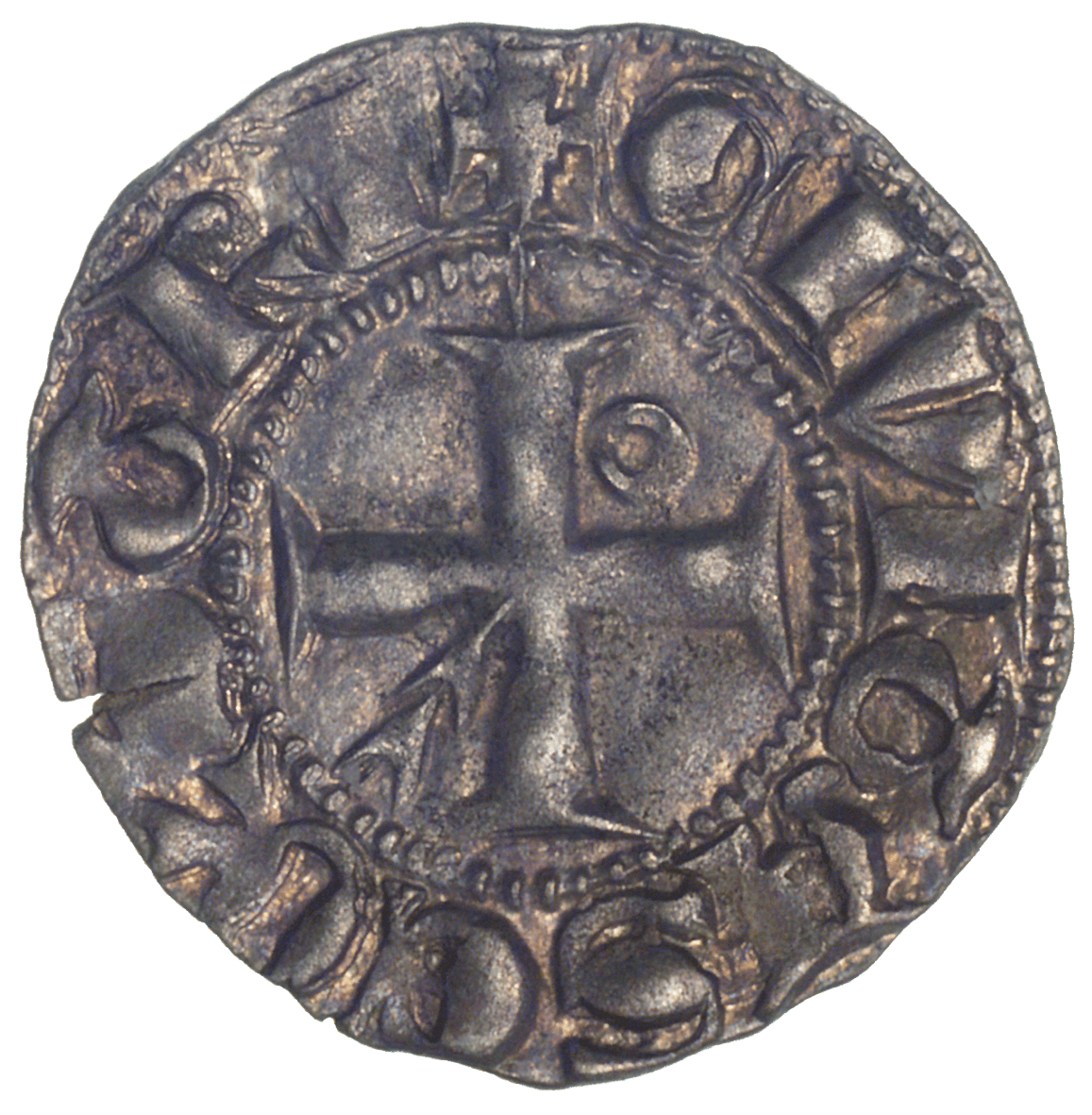 The denier was the succession coin of the denarius that Charlemagne had introduced as standard coin of his empire toward the end of the 8th century. Since then, 240 Carolingian denarii were struck from one pound of silver (of about 408 grams). In German lands, the denarius developed into the pfennig, while in France it was called denier, and in Italy denaro.

The territories of modern Switzerland belonged to the realm of Charlemagne too. The little town of Lausanne, where this denier was struck, already had a mint at that time. Some 550 years after the coinage reform of Charlemagne, Lausanne still minted deniers geared to the Carolingian example. The issuer of this piece was Bishop Aimon de Cossonay, who presided over the Bishopric of Lausanne from 1355 (until 1375). The obverse depicts a church with five pillars, the reverse a cross.