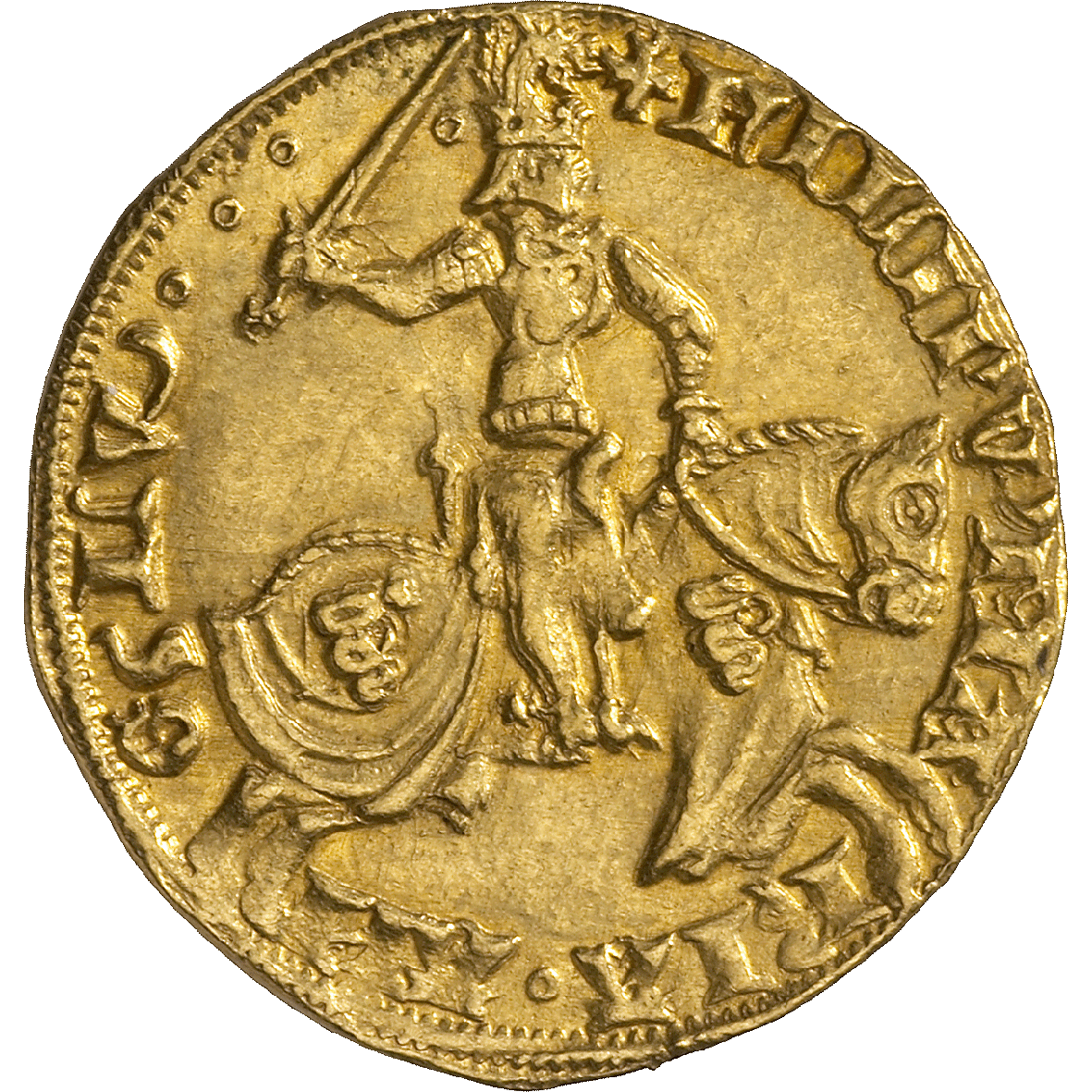 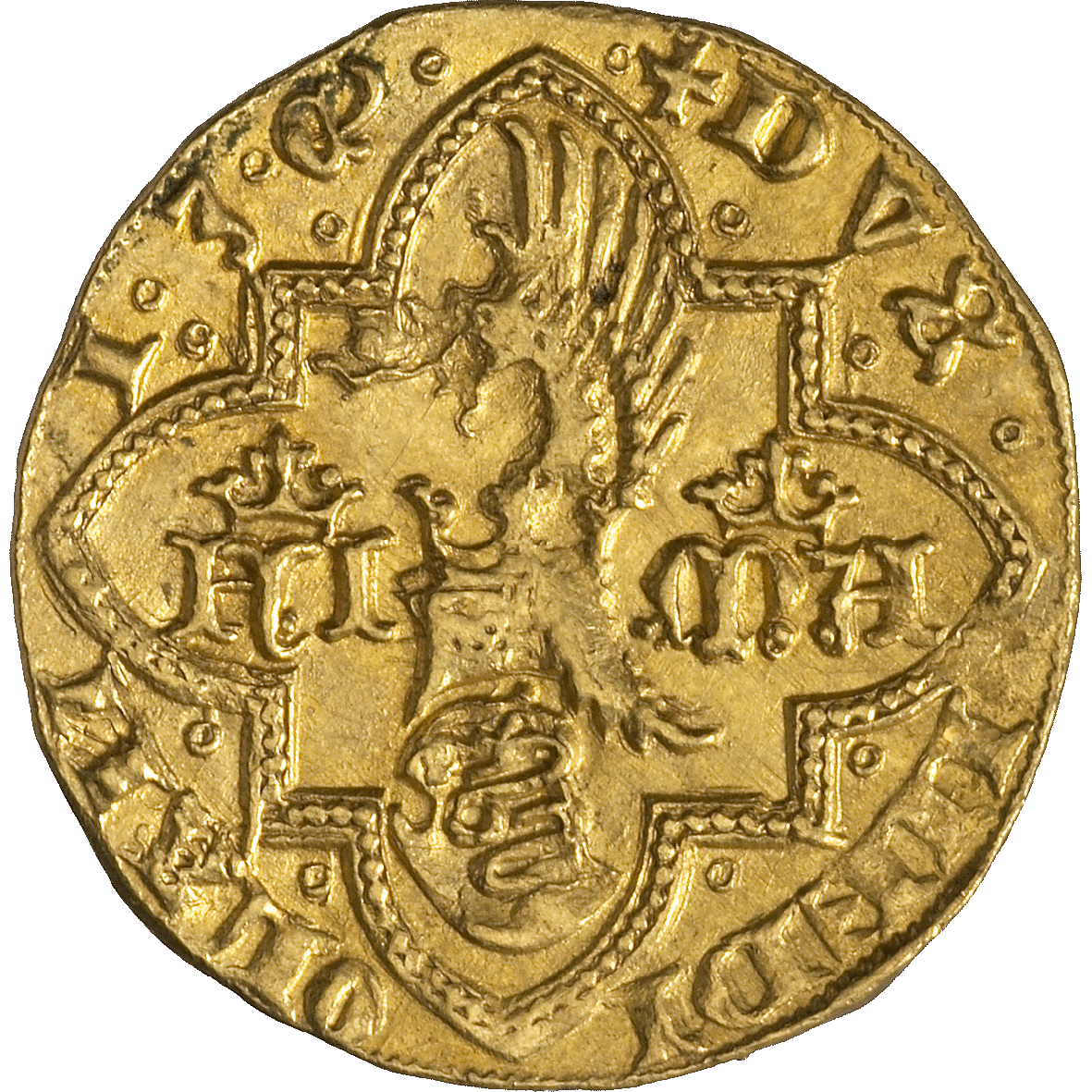 Filippo Maria (1412-1447) was the last duke of the Visconti dynasty. After his death, the Milanesi were tired of dukes and established a republic. Only three years later, however, Francesco Sforza conquered the city – he was married to Bianca Maria Visconti, the only child of the late Duke Filippo Maria, and thus considered himself the legitimate heir of the Visconti.

This coin depicts Filippo Maria Visconti on horeseback, his sword drawn. On the reverse is the duke's coat of arms with the biscione, a serpent who appears to be swallowing a human. The biscione is also shown on the caparison of the horse on the obverse.