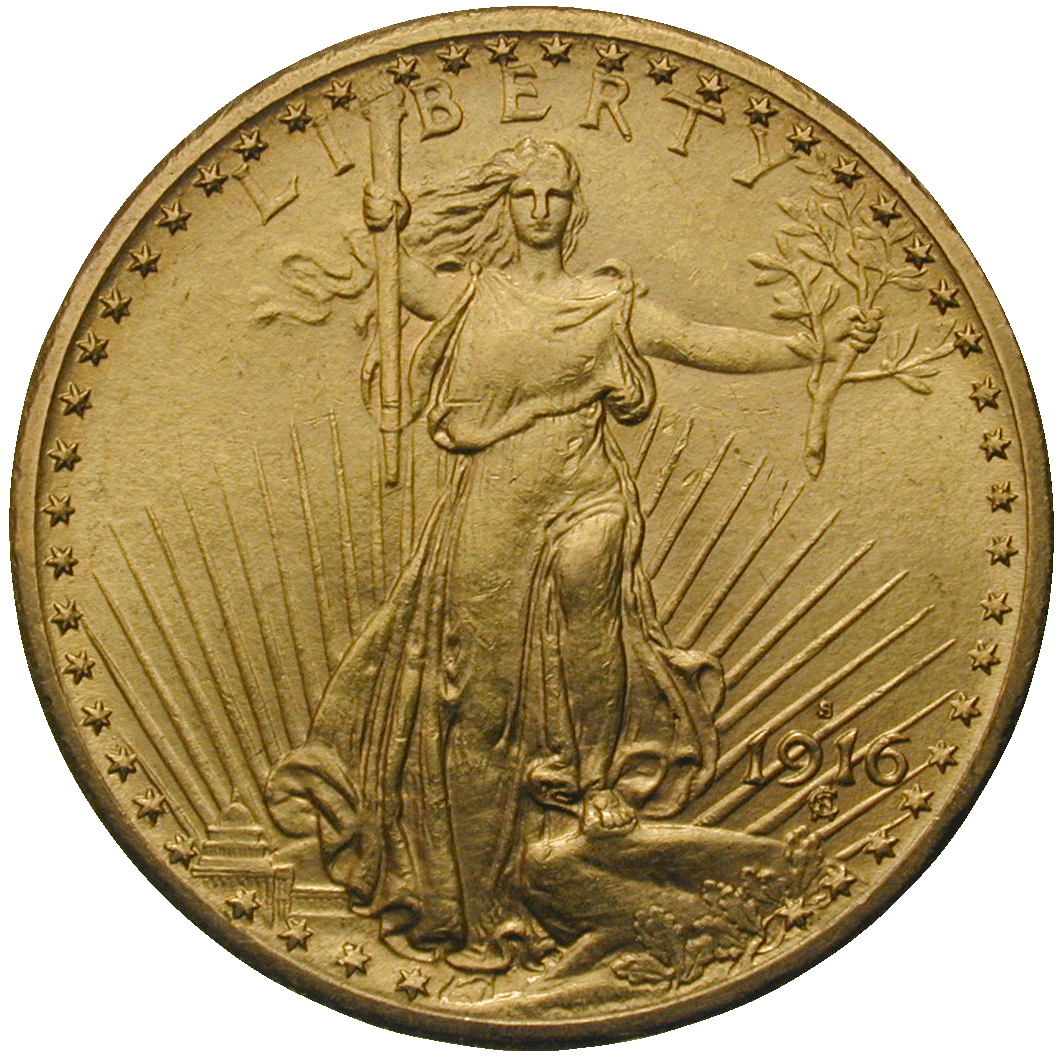 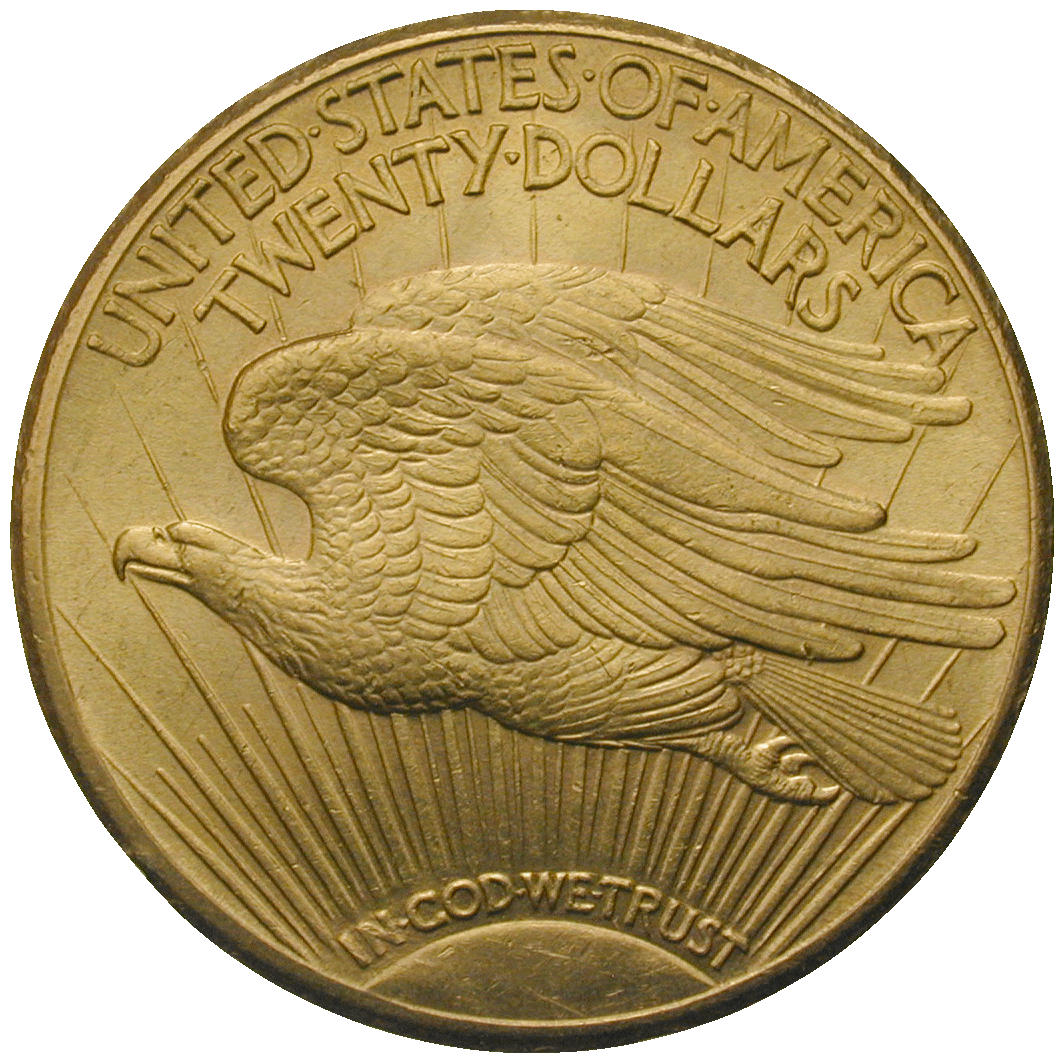 At the turn of the 20th century, new cold coins were issued in the United States. The obverse design of the 20 dollar-coin featured Miss Liberty, the personification of freedom, with a torch and an olive branch in front of the rising sun. On the reverse, an eagle is flying over the sun. The coin was designed by Augustus Saint-Gaudens, an American sculptor. The first of his gold coins appeared in 1907, the year of the artist's death. The coins were named after their creator and the design on the reverse: the golden 10 dollars (with the head of an Indian on the obverse) were called Saint-Gaudens Eagles and the golden 20 dollar-coins became known as Saint-Gaudens Double Eagles. The artist's mark can be found on the obverse underneath the date.