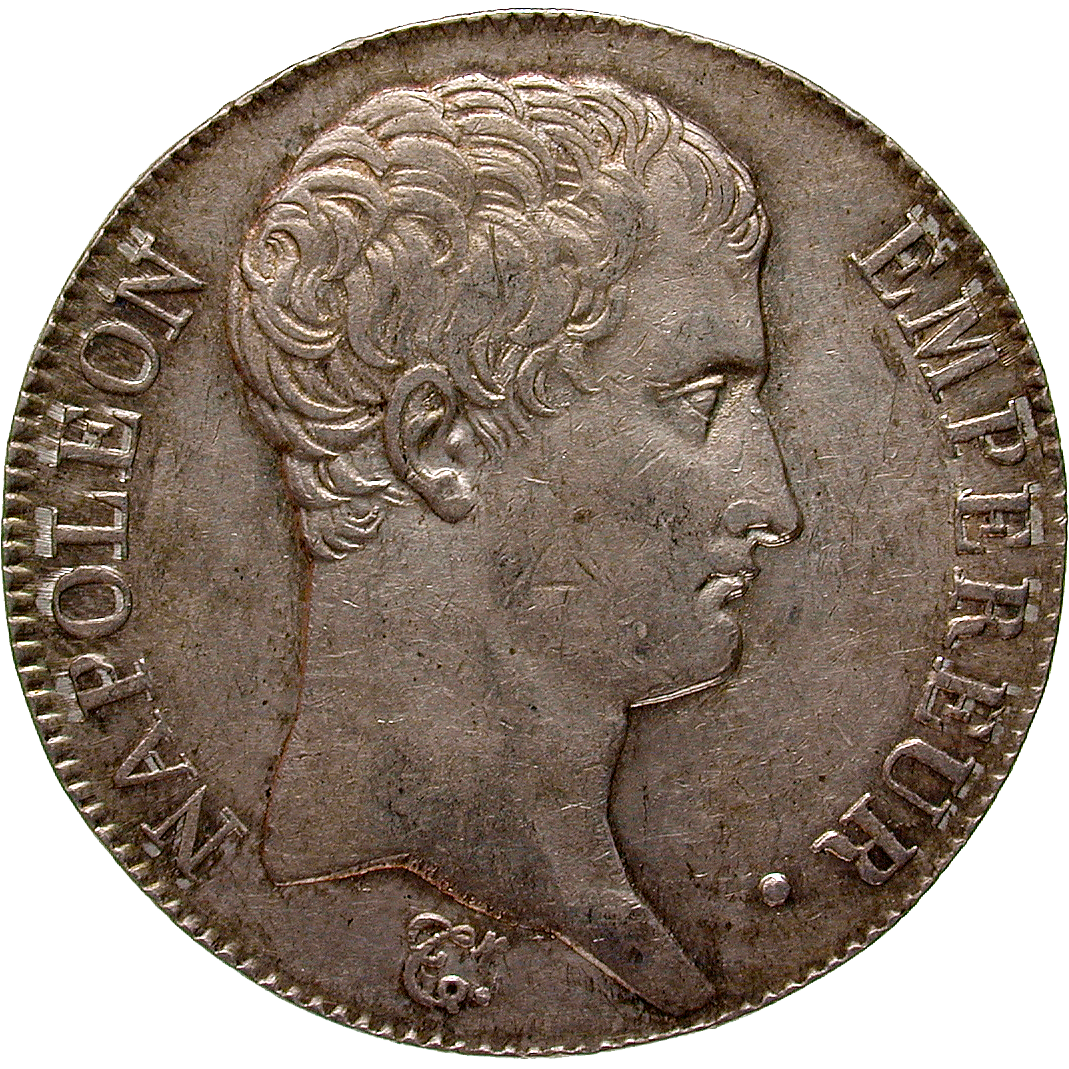 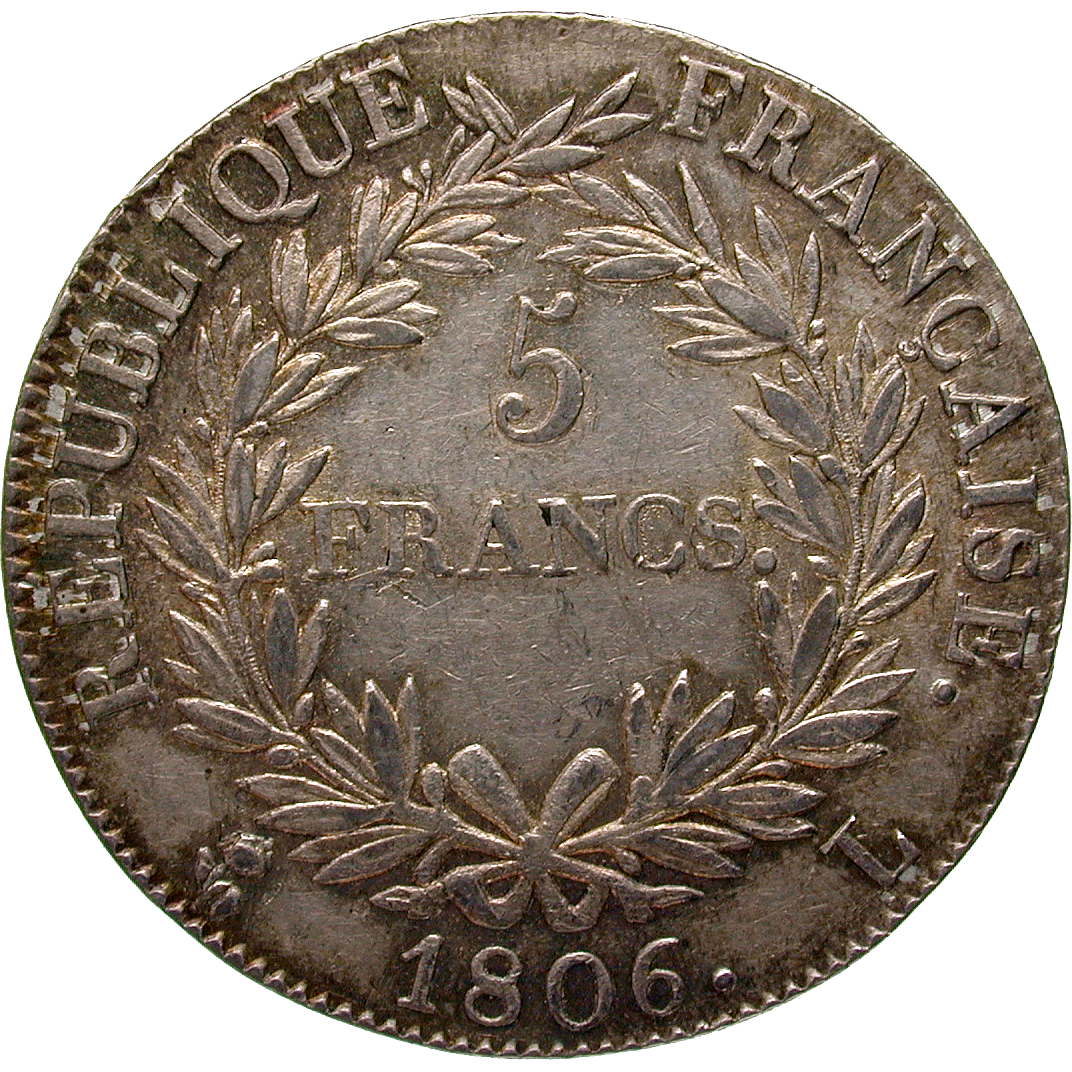 In the year 1806, Napoleon Bonaparte was at the height of his career. In December 1804, he had crowned himself emperor in the cathedral of Notre Dame de Paris – hence turning the French Republic into an empire. In May 1805, Napoleon became king of Italy, and in December of that year, he defeated the Russian tsar and the Austrian emperor in the "Battle of the Three Emperors" at Austerlitz. Along with the power of France, its coinage gained in importance. After the revolution of 1789, the country had introduced the franc as its new currency. In 1795, the first of these new silver coins had been minted, and they soon circulated far beyond France. One of the reasons for their popularity was their convenience, for the franc currency was divided decimally: 1 franc equaled 10 décimes or 100 centimes.