Kingdom of Sicily, Charles I of Anjou, Salut d'or 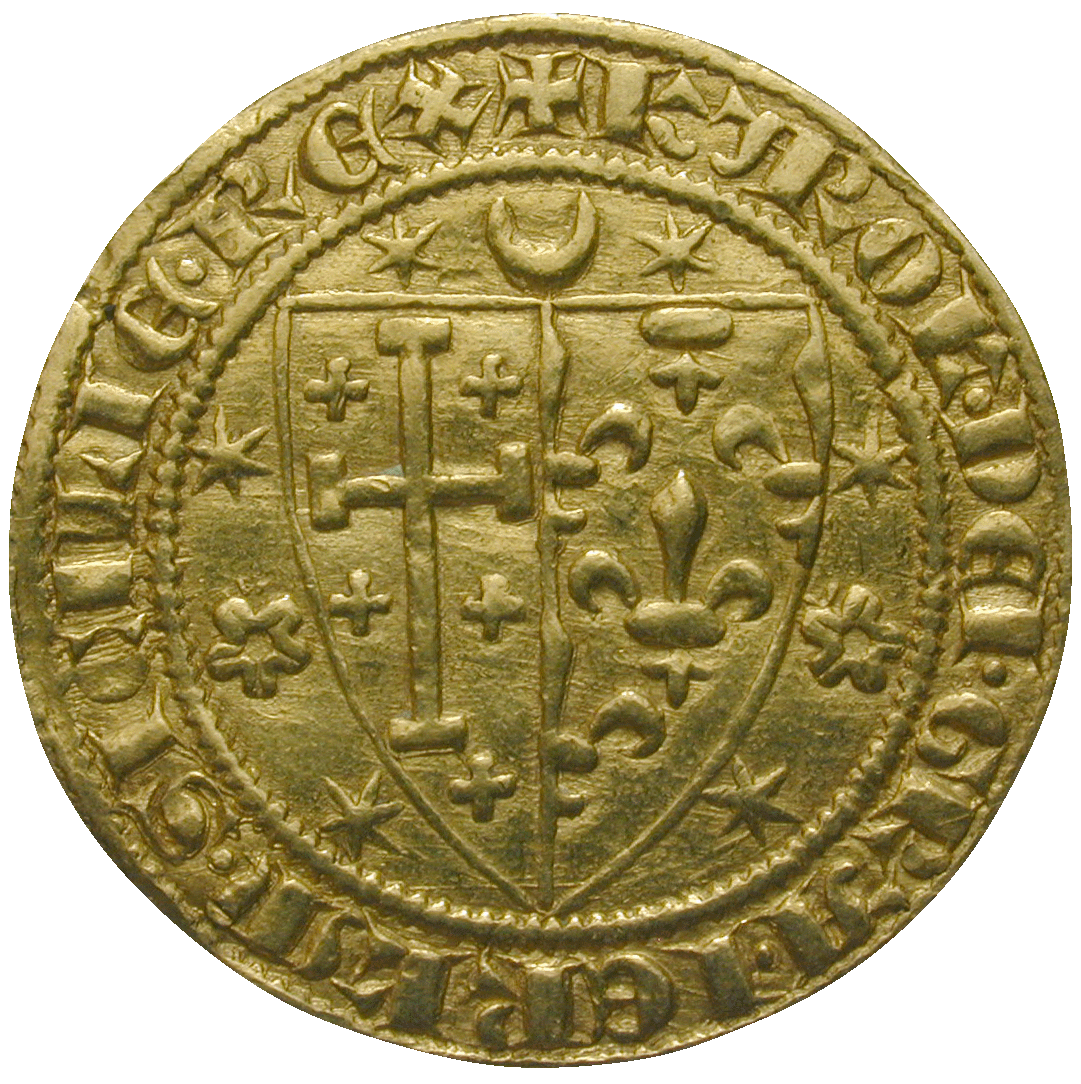 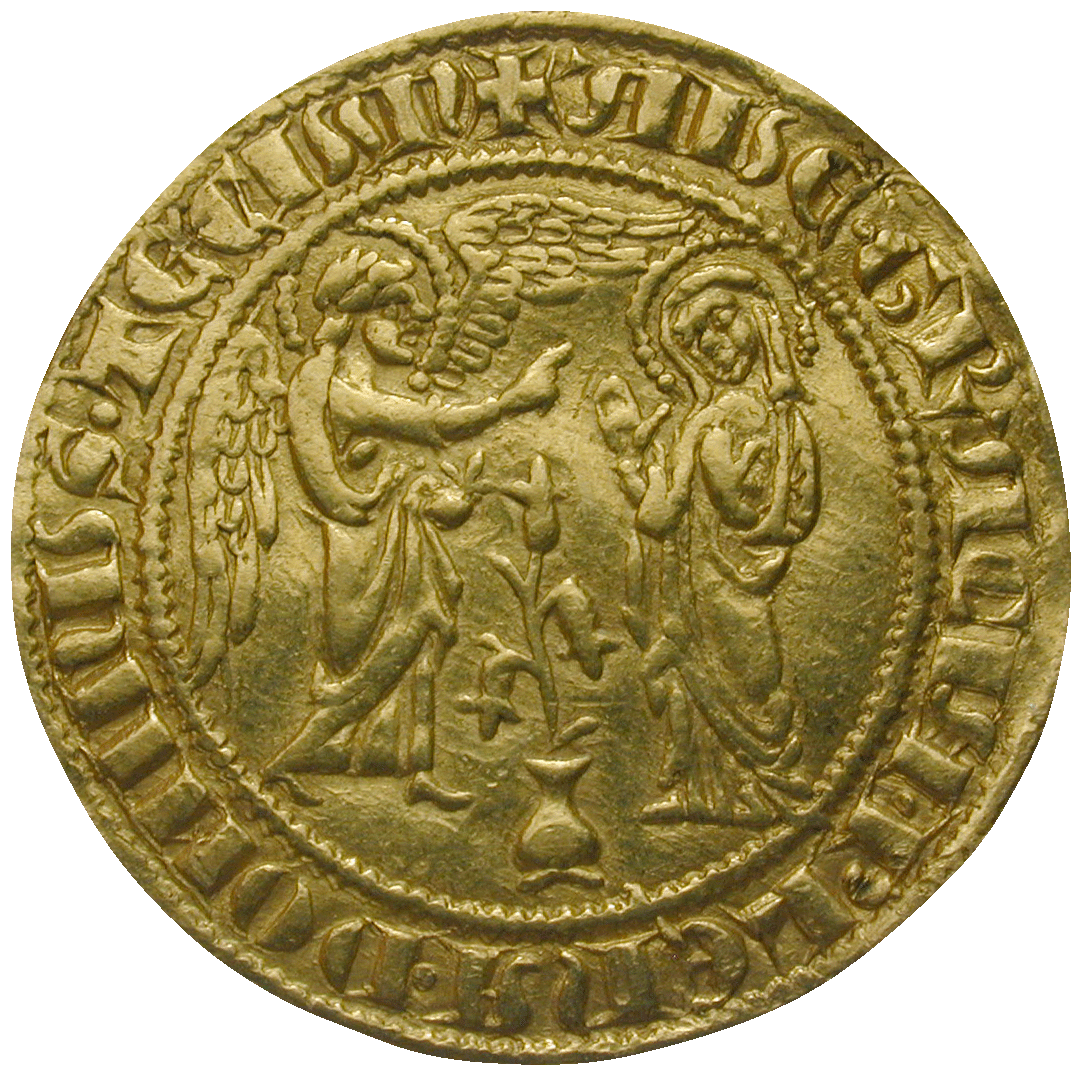 The Archangel Gabriel visits the Virgin Maria to announce that she will be the mother of a son conceived through the Holy Spirit: That is the motif on this salut d'or, struck around 1277 in the name of Charles I of Anjou. Charles I was king of Naples and Sicily (1266-1285). In 1277 he also bought the title of inheritance for the kingdom of Jerusalem, a crusader state in Palestine. At that time Charles took the crest of Jerusalem into his own coat of arms that is depicted on the obverse of this coin. The right side of the crest depicts St. George's Cross, the emblem of Jerusalem, while the left shows the lilies of Anjou.