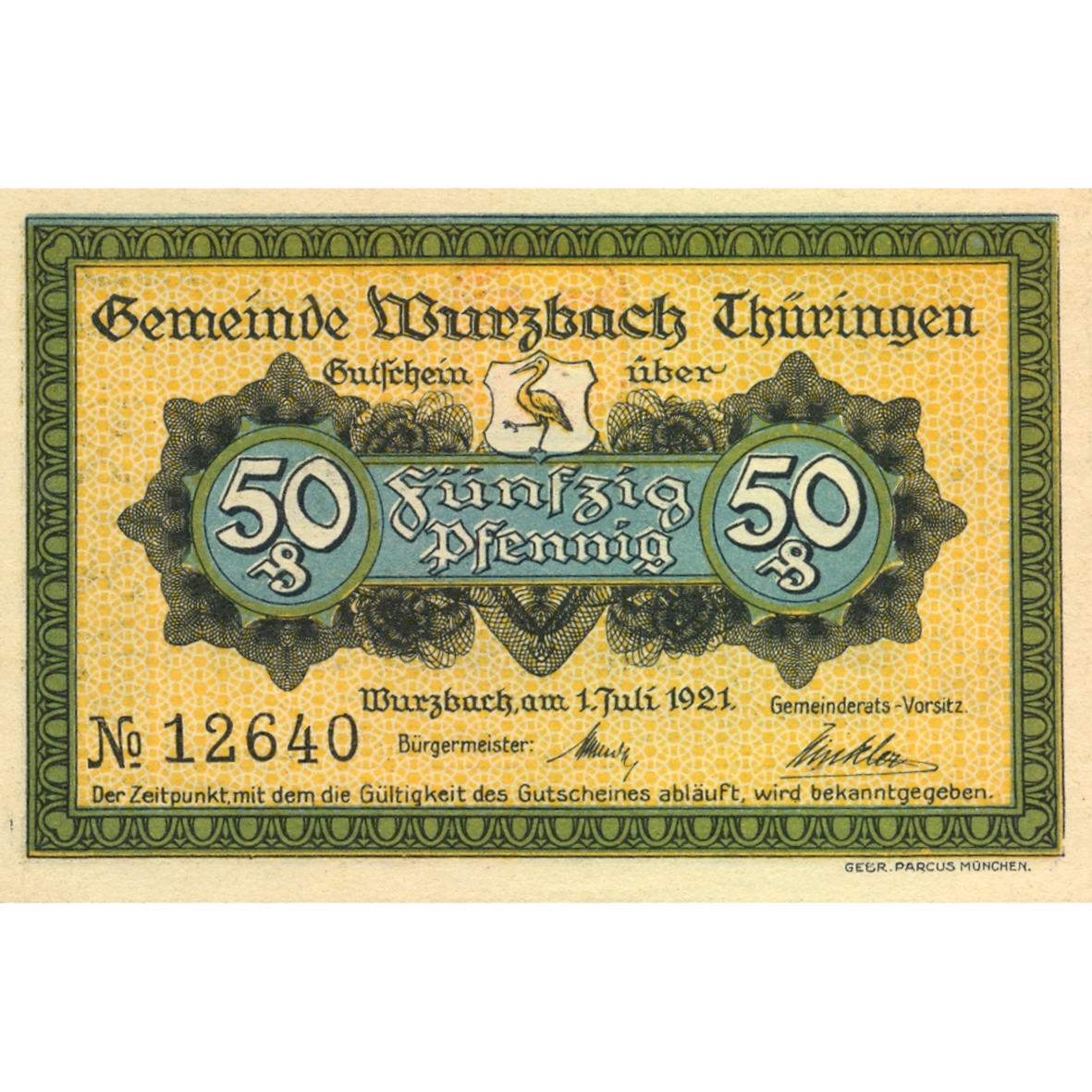 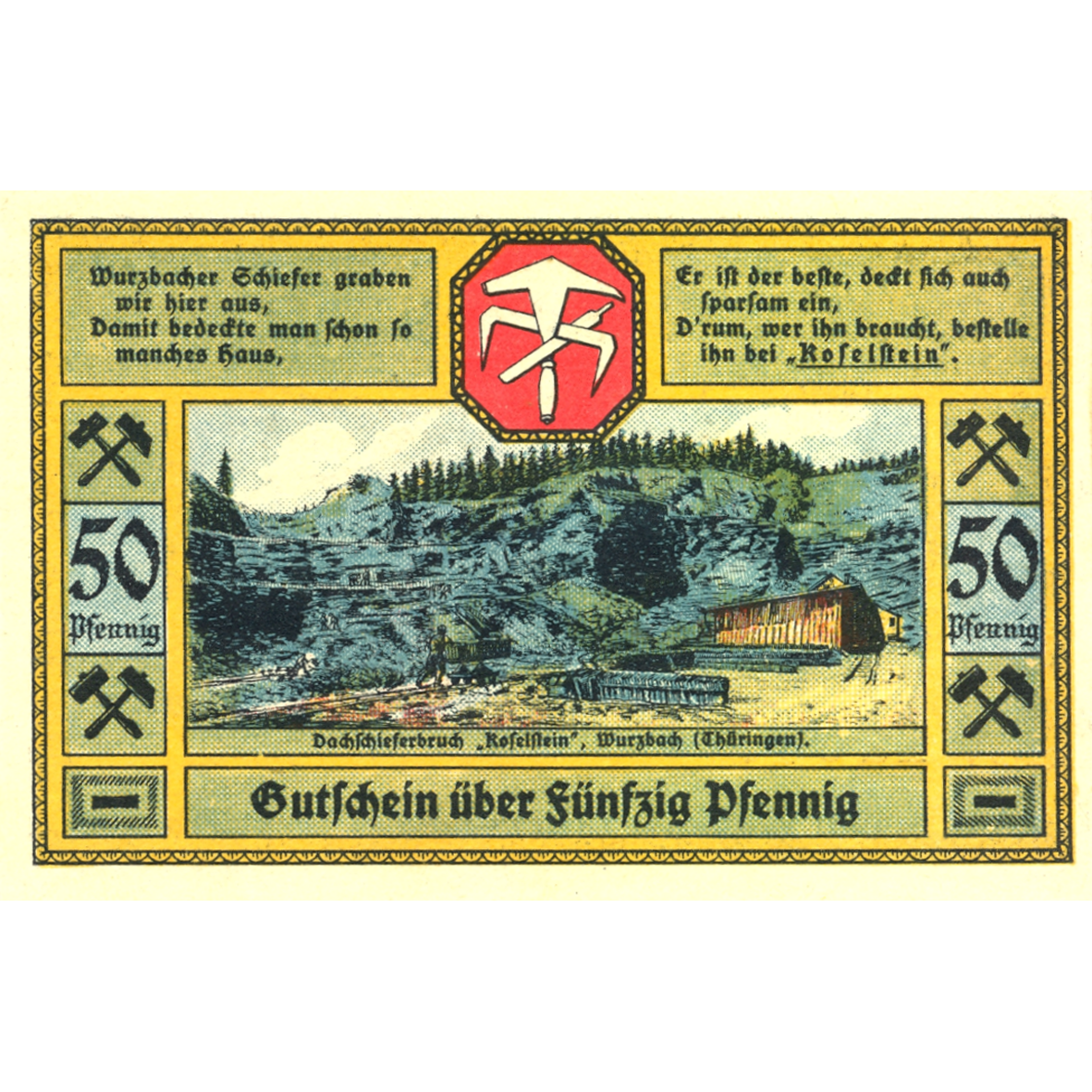 Coins became scarce in Germany during the First World War (1914-1919). The government had retracted gold coins within the first days of war; silver coins soon followed. When copper and nickel became war-relevant metals in the course of combatting, small coins were taken out of circulation as well. In addition the increasing devaluation and the hoarding of coins accelerated the disappearance of money from circulation. Despite extensive governmental emergency issues – coins from lead, aluminum and zinc were minted in great quantities – coins could not be provided in sufficient quantities. Cities and communities therefore started to issue emergency money. Although there was no legal basis for communal monies, the state tolerated them since it could not offer enough official currency itself. This emergency bill was issued in 1921 by the community of Wurzbach in Thuringia.