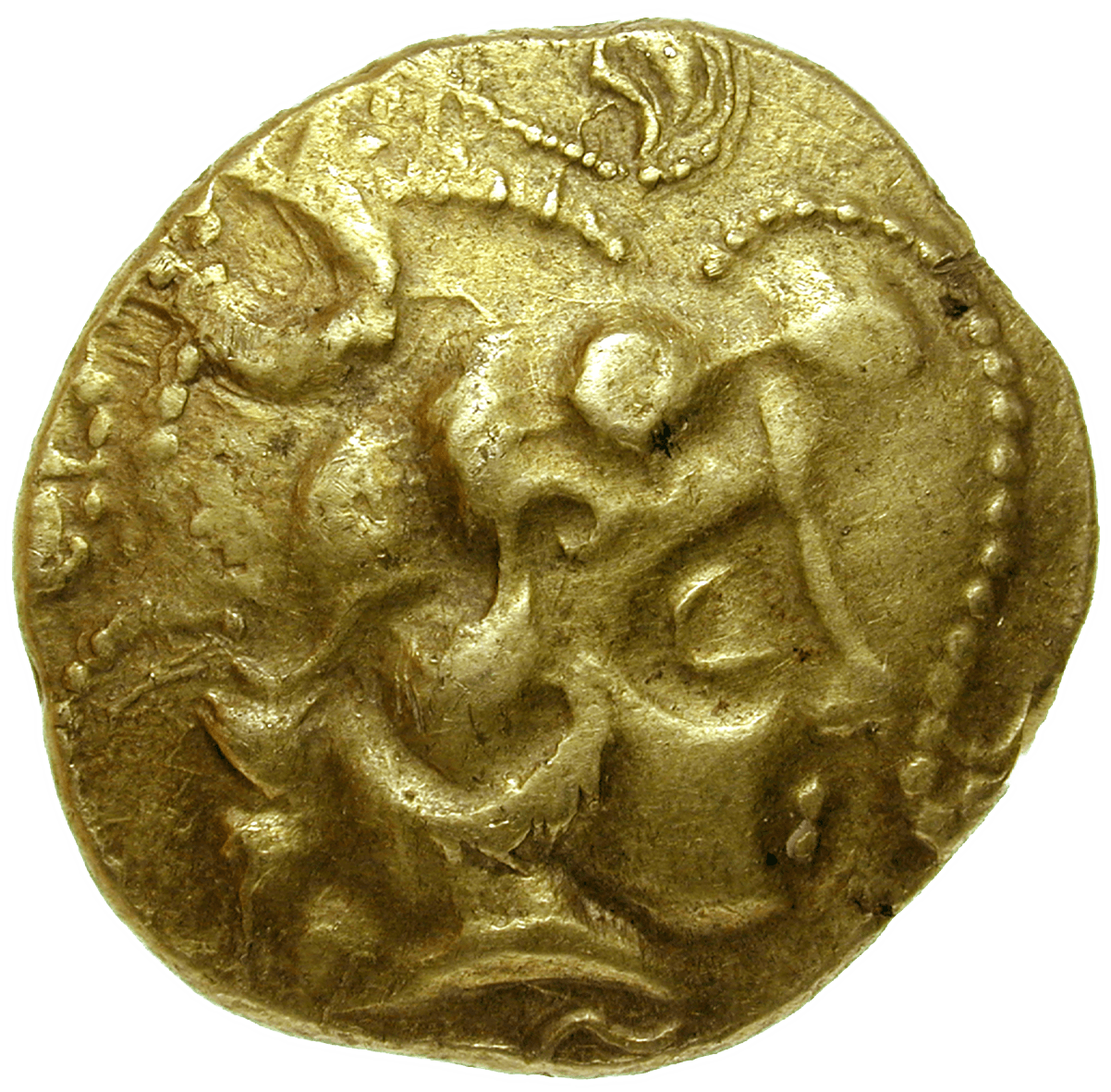 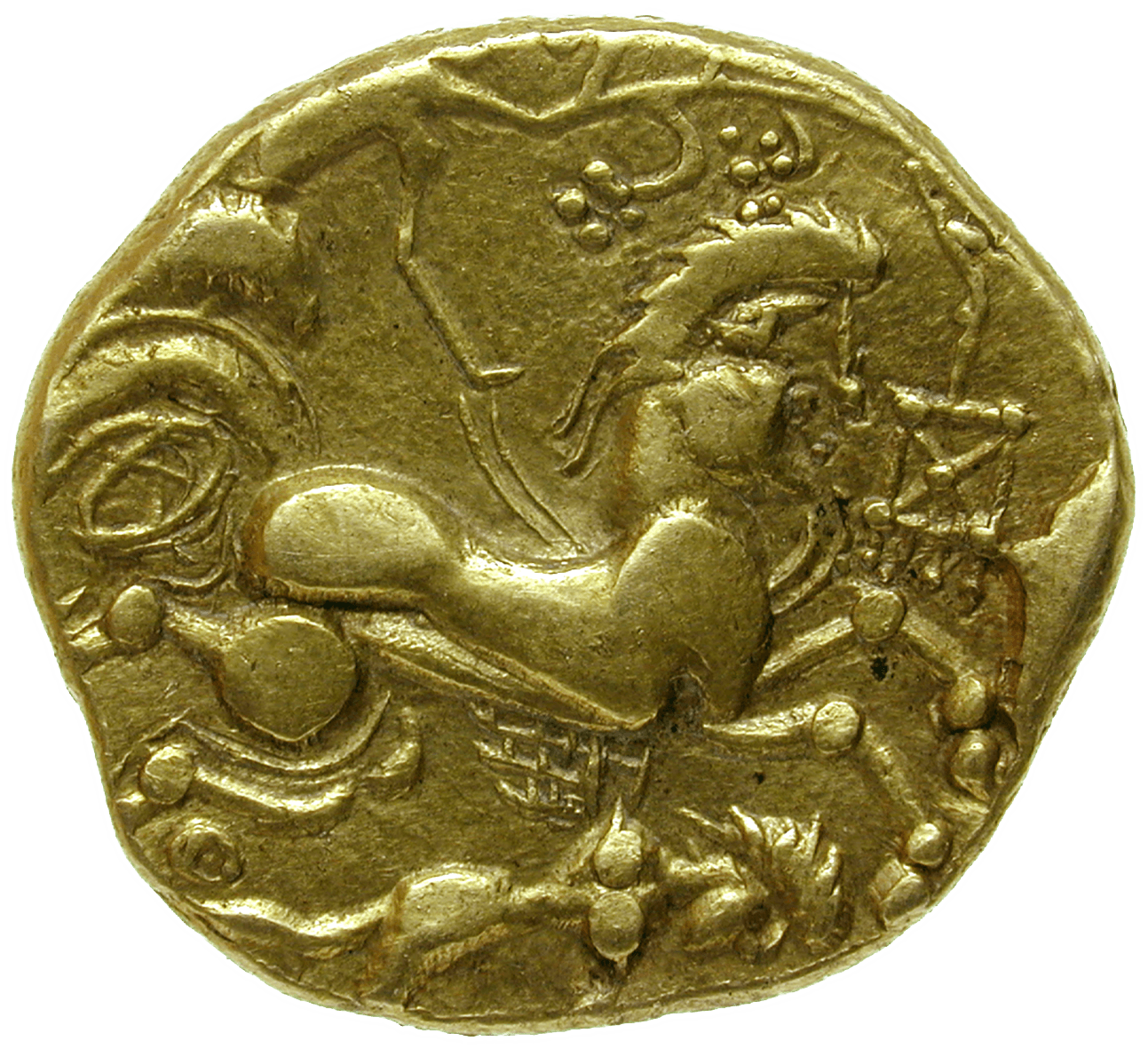 The Celts did not devlop their own coin motifs but copied the images of foreign, well-known coins. Especially popular was the money of the Macedonian kings Philip II and his son Alexander, in whose armied many Celts served as mercenaries.

This Celtic stater harks back to the gold staters of Philip II. The originals depicted the Greek god Apollo on their obverse, and on their reverse the king racing on a two-horsed chariot.

However, Celtic taste and the passage of time – the coin was issued 250 years after Philip's death – did not leave much of the original design. The charioteer positively melts into the design of his chariot and goad. The horse has gotten a human head – this is not an earthly chariot-racing team any more but a heavenly one. The figure lying on the ground is interesting, but has so far not been interpreted. It is a Celtic addition not featuring on the Macedonian originals.