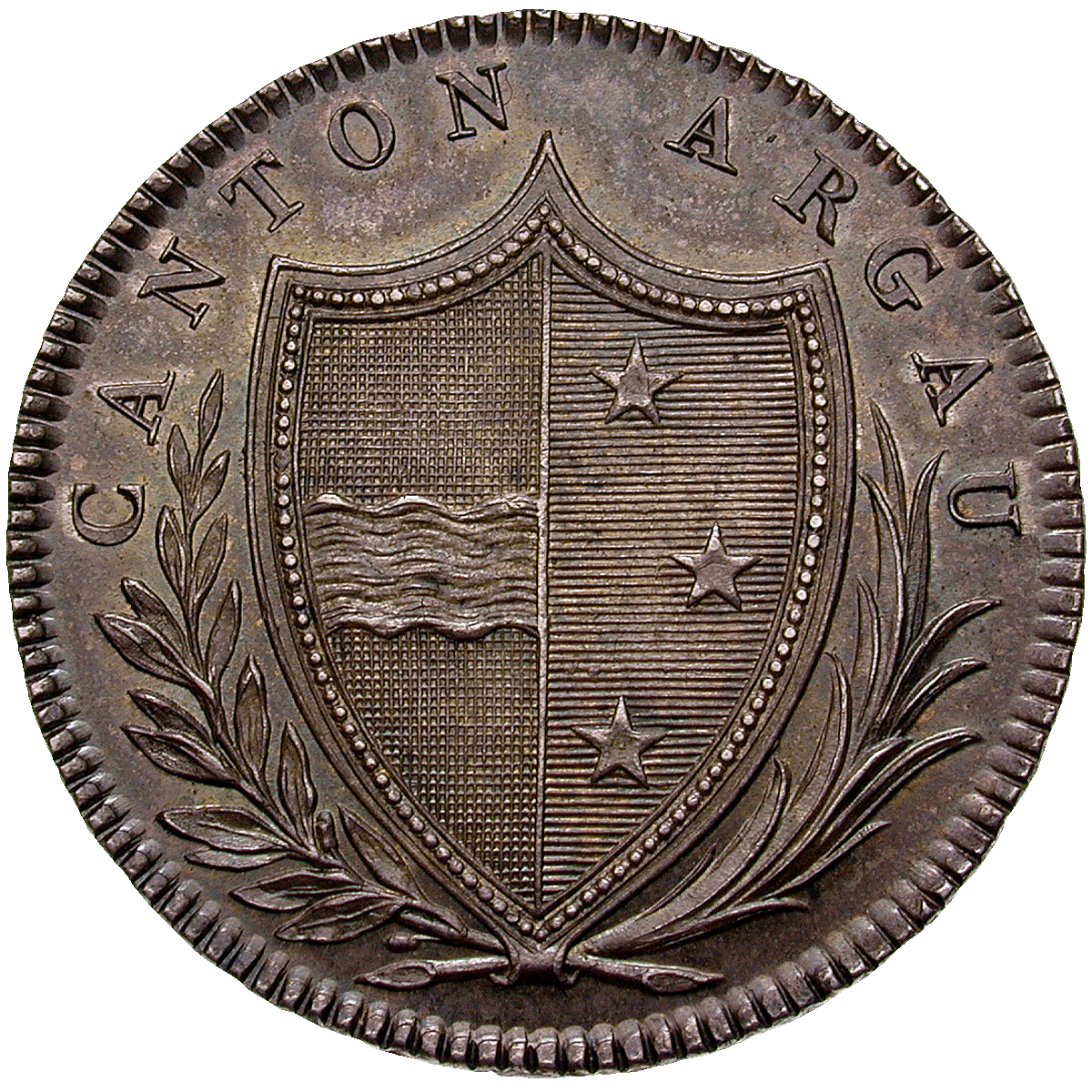 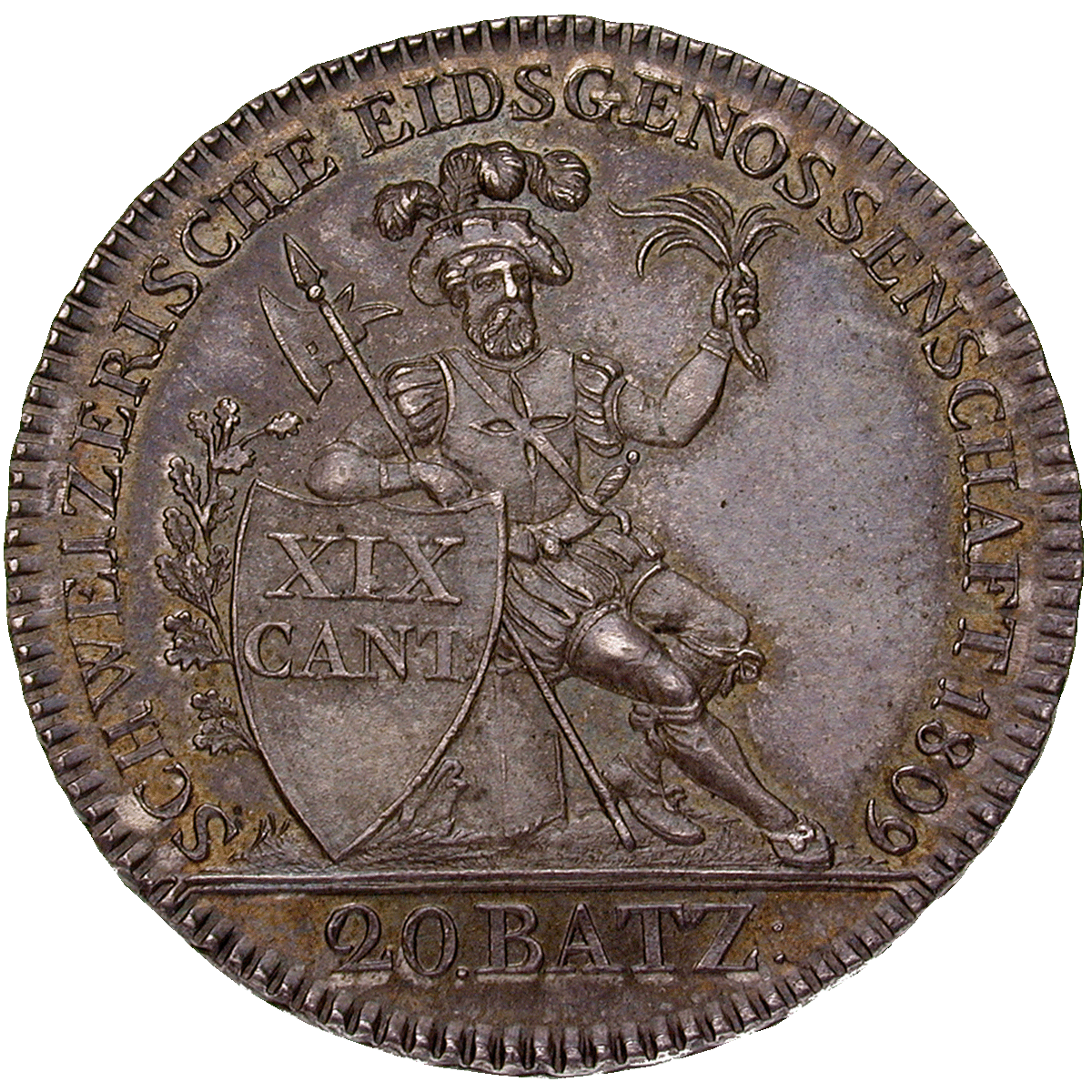 In 1803, the Time of Mediation began in Switzerland. That year, the short-lived Helvetic Republic (since 1798) was dissolved, and turned into a confederation of nineteen sovereign cantons. This meant, among other things, that the cantons were again responsible for their own coinage. However, the new cantonal coins were to be minted on a common basis, the Swiss franc. The cantons thus issued their own coins, yet they all bore the Swiss coat of arms on one side, and the cantonal crest on the other. The Swiss coat of arms depicted a warrior with a shield bearing the inscription IXI CANT (19 cantons). This coin with the denomination of 20 batzen – or 2 francs – is an issue of the canton of Argovia. This canton, formerly a subjected territory, was founded with the Act of Mediation in 1803.