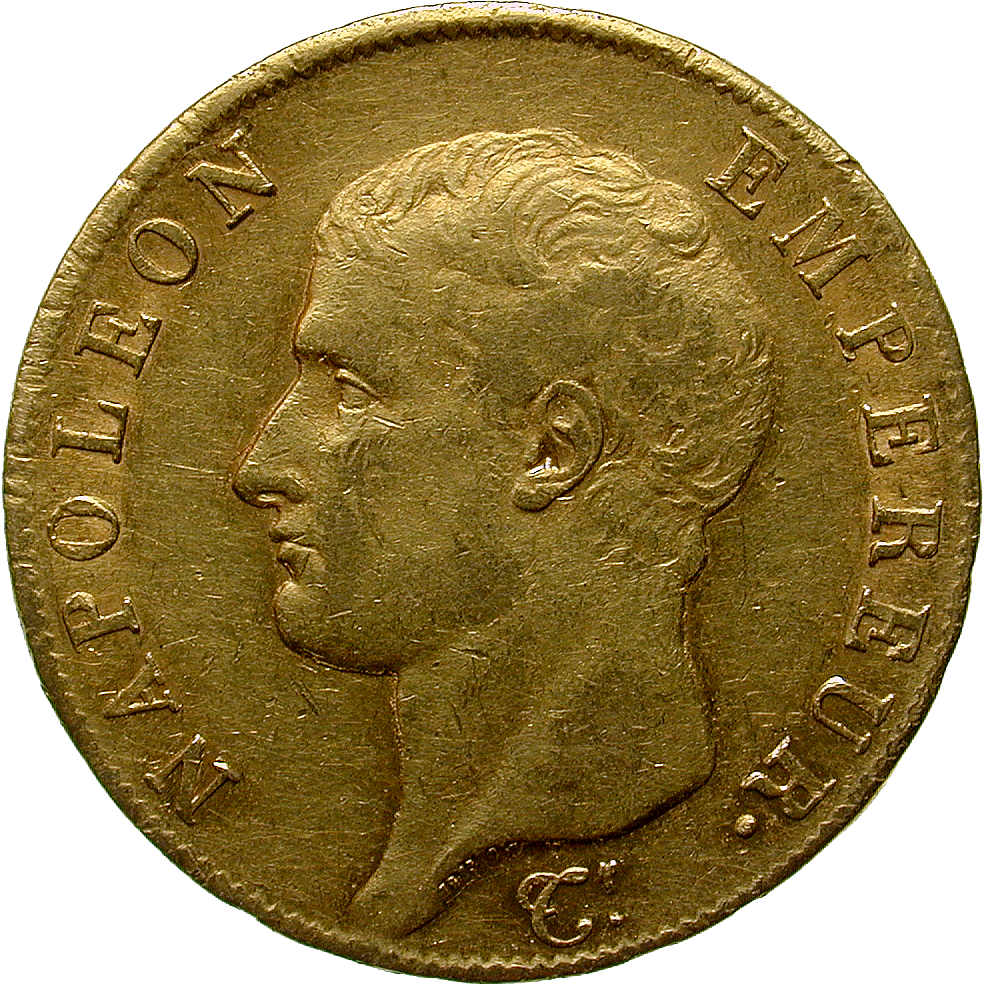 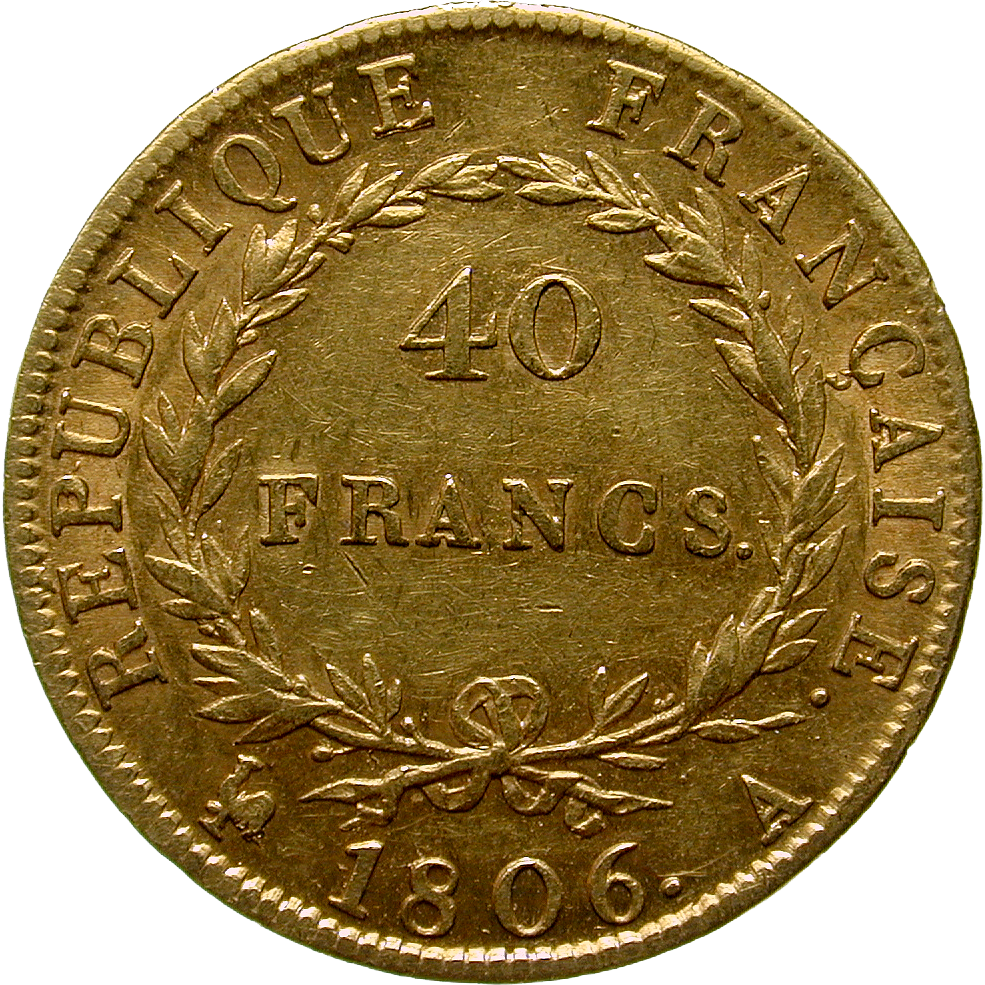 Politics yielded peculiar results in France at the beginning of the 19th century. After Napoleon Bonaparte had been offered the imperial crown by a plebiscite, the little Corsican crowned himself emperor in 1804 (until 1814). This is precisely how the inscription surrounding his portrait on the obverse of this coin identifies him: as NAPOLEON EMPEREUR. At the same time, however, the legend on the reverse celebrates the REPUBLIQUE FRANÇAISE. This contradiction was rooted in the French constitution, according to which France remained a republic even after 1804, when the head of the state bore the title of an emperor. The French Empire was not based on the grace of God anymore, as the kingdom had been, but was democratically legitimated through the will of the people.