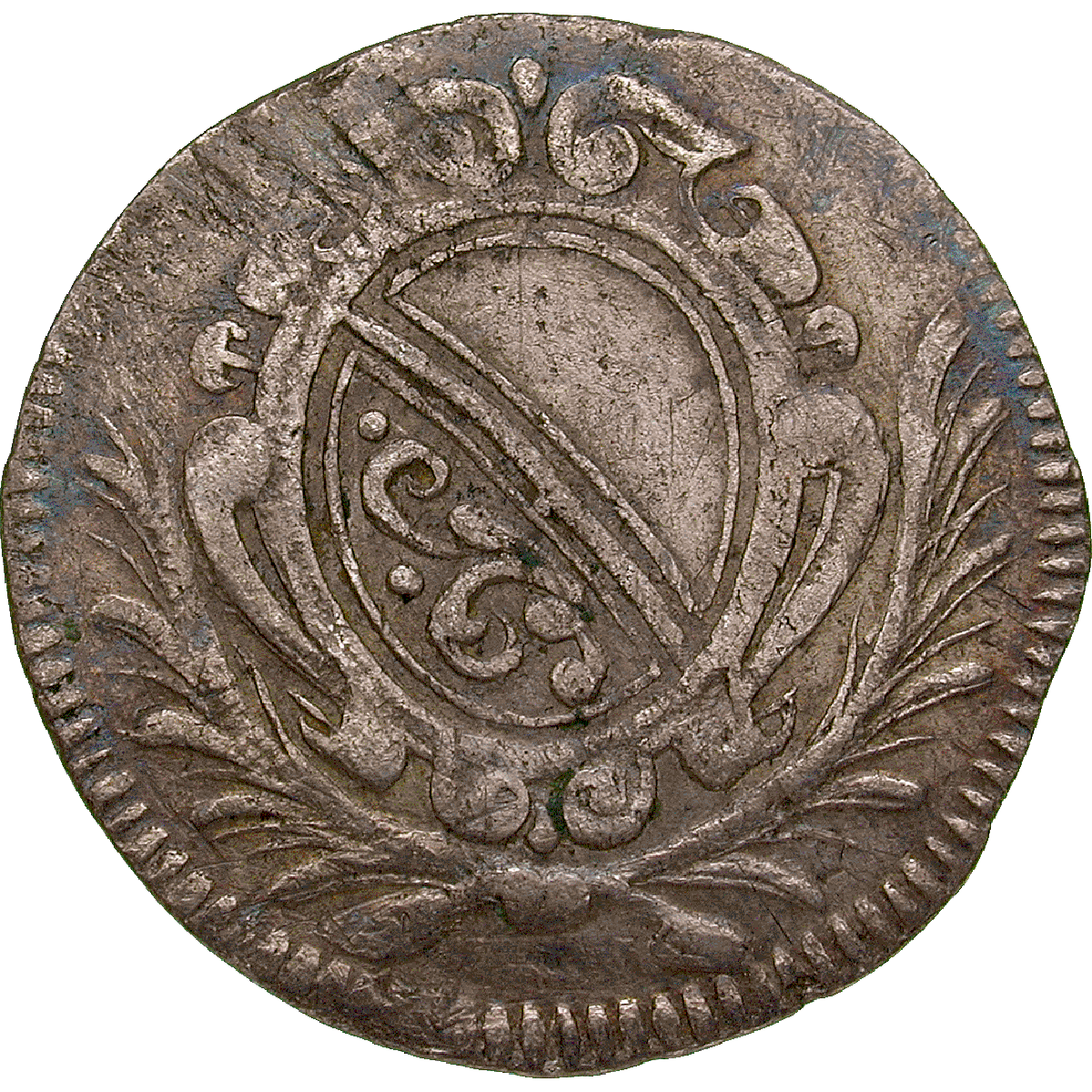 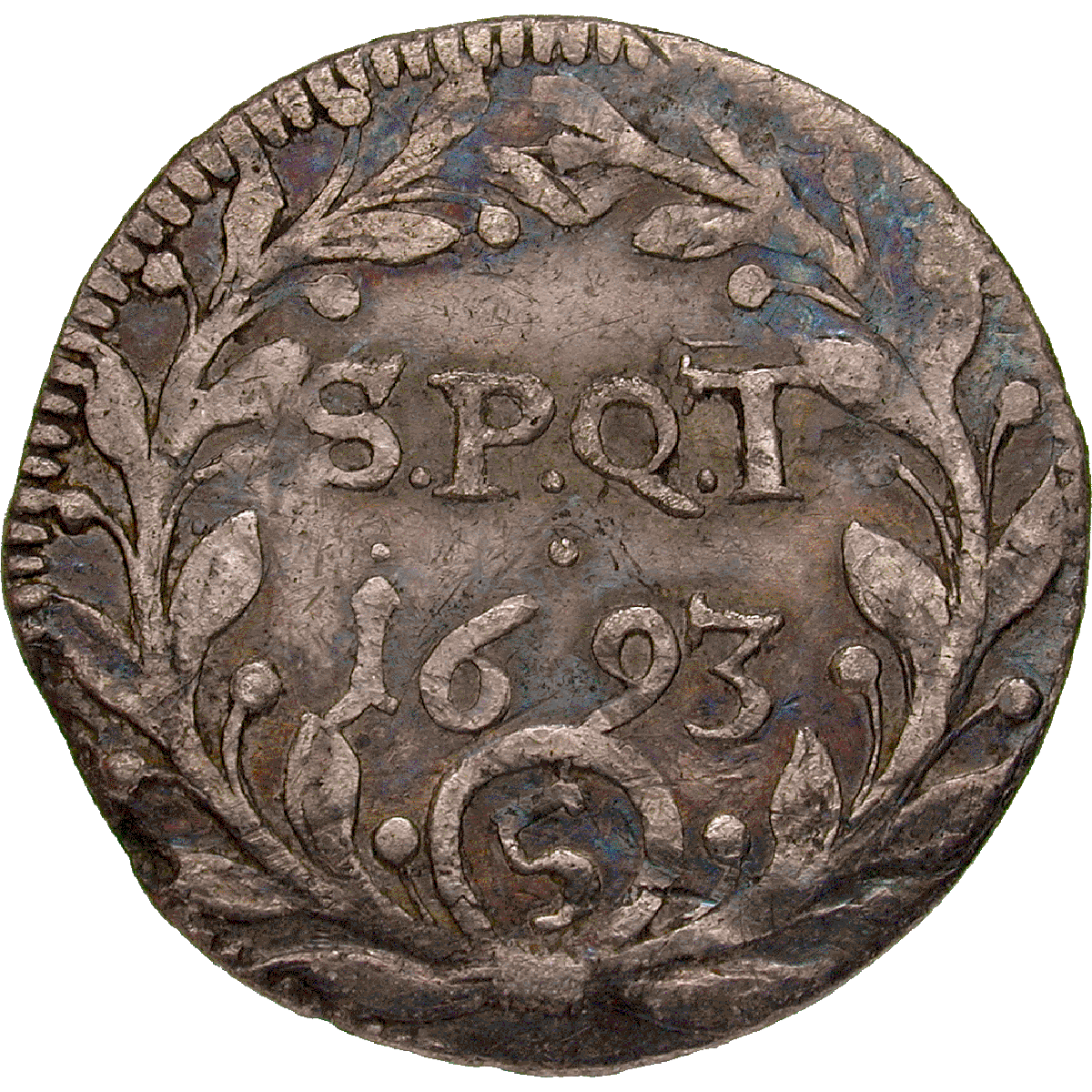 When this 5-schilling-coin was minted, Zurich was proud little trading town. The city council consisted of men from the aristocratic elite, and reigned almost absolutistic. As outer sign of its power, the council started the construction of a representative new town hall in 1694. The building was inaugurated in 1698, on the occasion of the 50-year-anniversary of the Peace of Westphalia (which had made Zurich an independent republic).

Coins of 5 schillings were rarely minted in Zurich at that time. A first issue had been released in 1656 as pay for the soldiers of the First Villmergen War. A second issue began in 1693, and these coins were doubtless used to pay the workers on the town hall construction site. Schillings and their multiples were popular every-day coins then: a day laborer earned for instance 10 schillings a day, a stone mason 16 schillings; and a pound of beef cost 3.5 schillings.