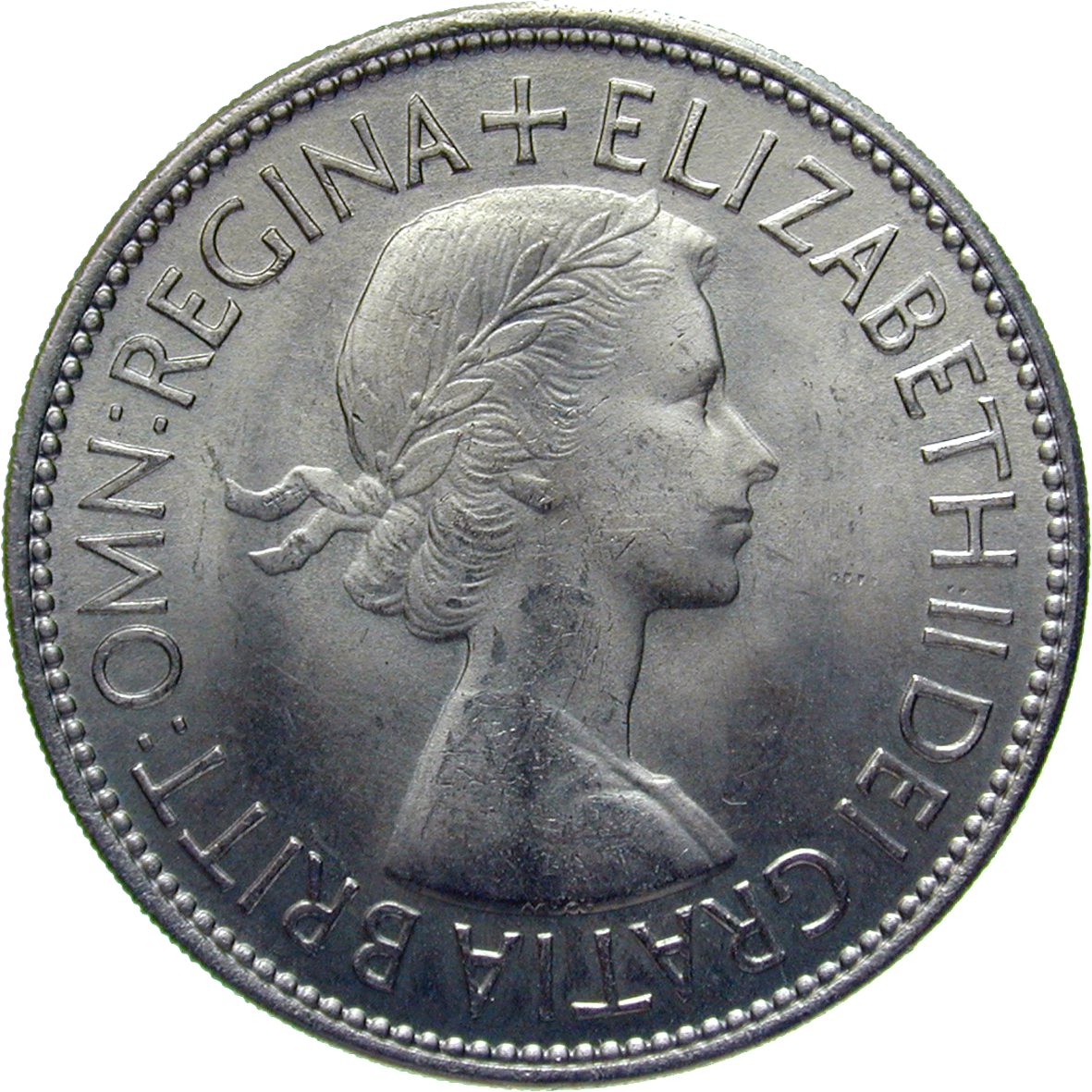 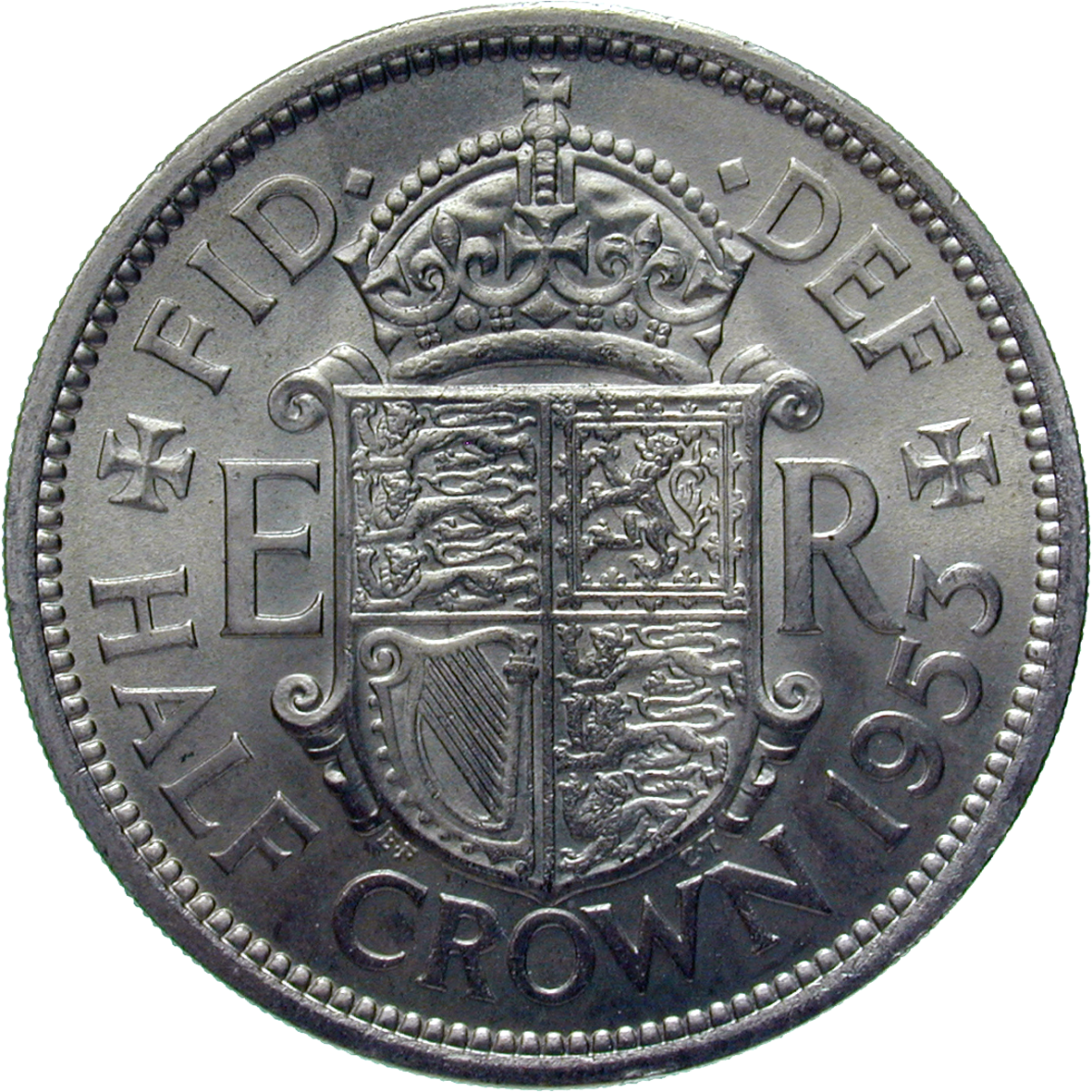 Silver half crowns were minted in England since 1551. Even though they were not issued continuously over all those centuries, the denomination remained in use until 1971. That year, crowns and half crowns fell prey to a long overdue modernization: Great Britain changed its currency to the decimal system. Until 1971, the British currency system harked back to the pound that Charlemagne had introduced toward the end of the 8th century: 1 Carolingian pound held 20 shillings, of which each held 12 denarii (pence). This duodecimal system was still in use in England over 1,000 years later: the British major gold coin, the sovereign, equaled 20 shillings or 240 pence. This system made the British currency difficult to see through. This half crown was minted in 1953 – the same year in which the recent queen Elizabeth was crowned. The coin was worth 30 pence or, expressed differently, two shillings and sixpence.