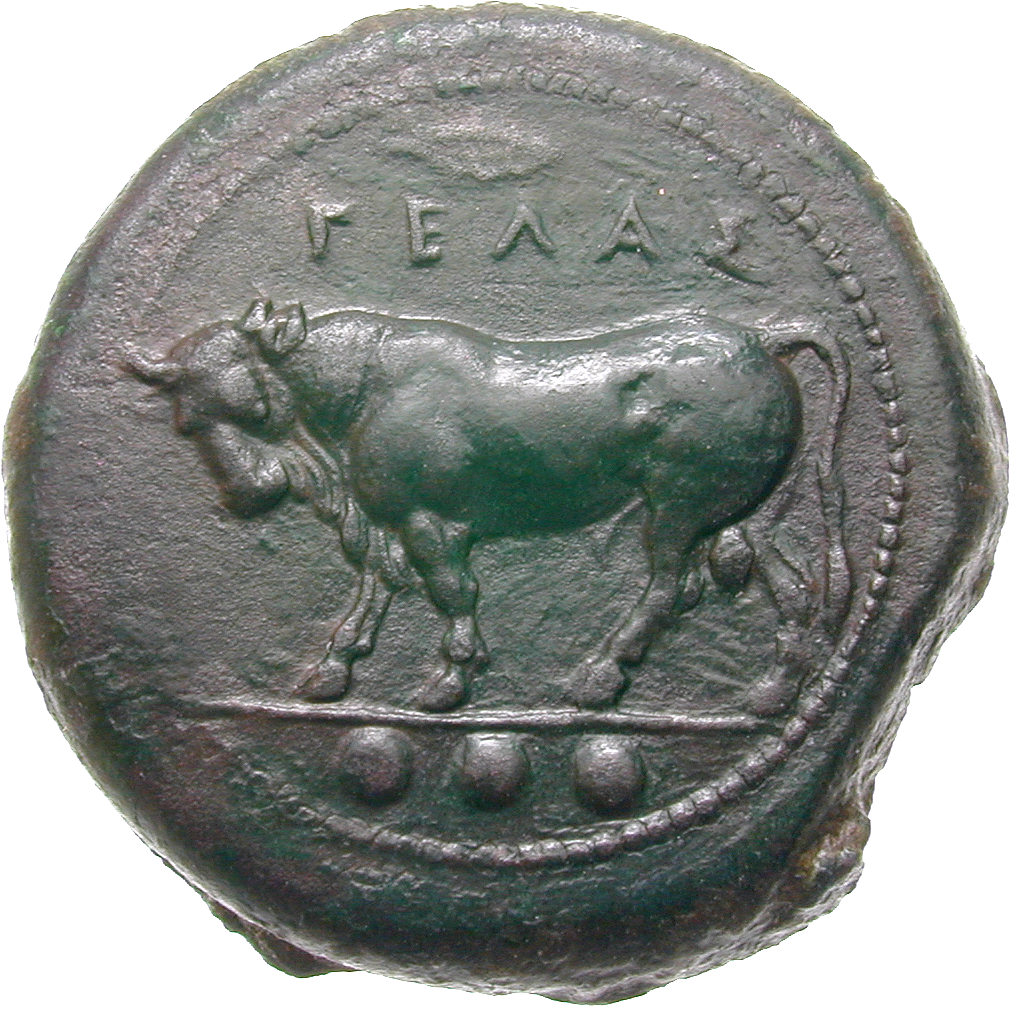 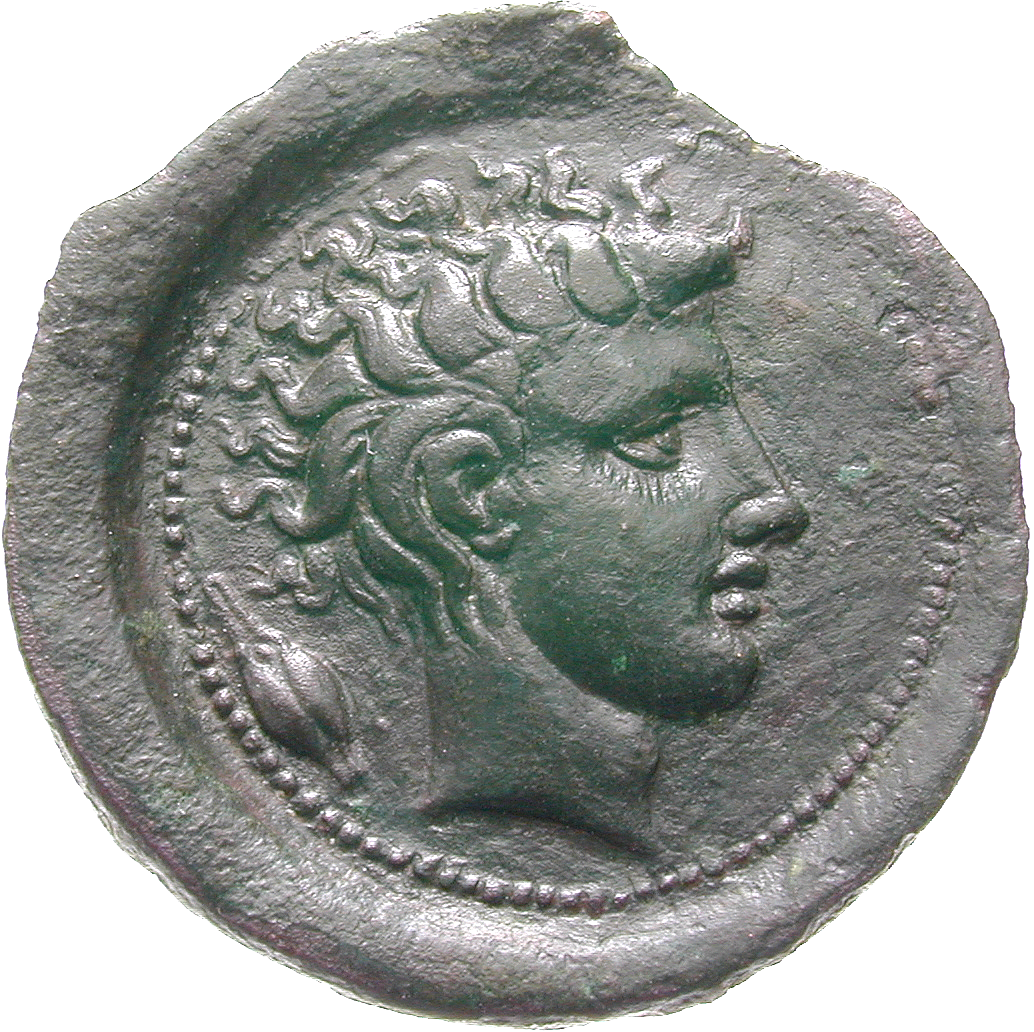 In Sicily coins from bronze – an alloy of copper and tin – were issued for the first time in the 5th century BC. Because bronze coins of different denomination were sometimes difficult to distinguish, each coin was embossed with pellets indicating its value.

The obverse of this coin from Gela (ΓEΛAΣ) shows three pellets below the bull. Three pellets designate a tetras, a coin worth 3 onciae. The bull itself symbolized the river god Gelas, whose head is shown on the reverse.