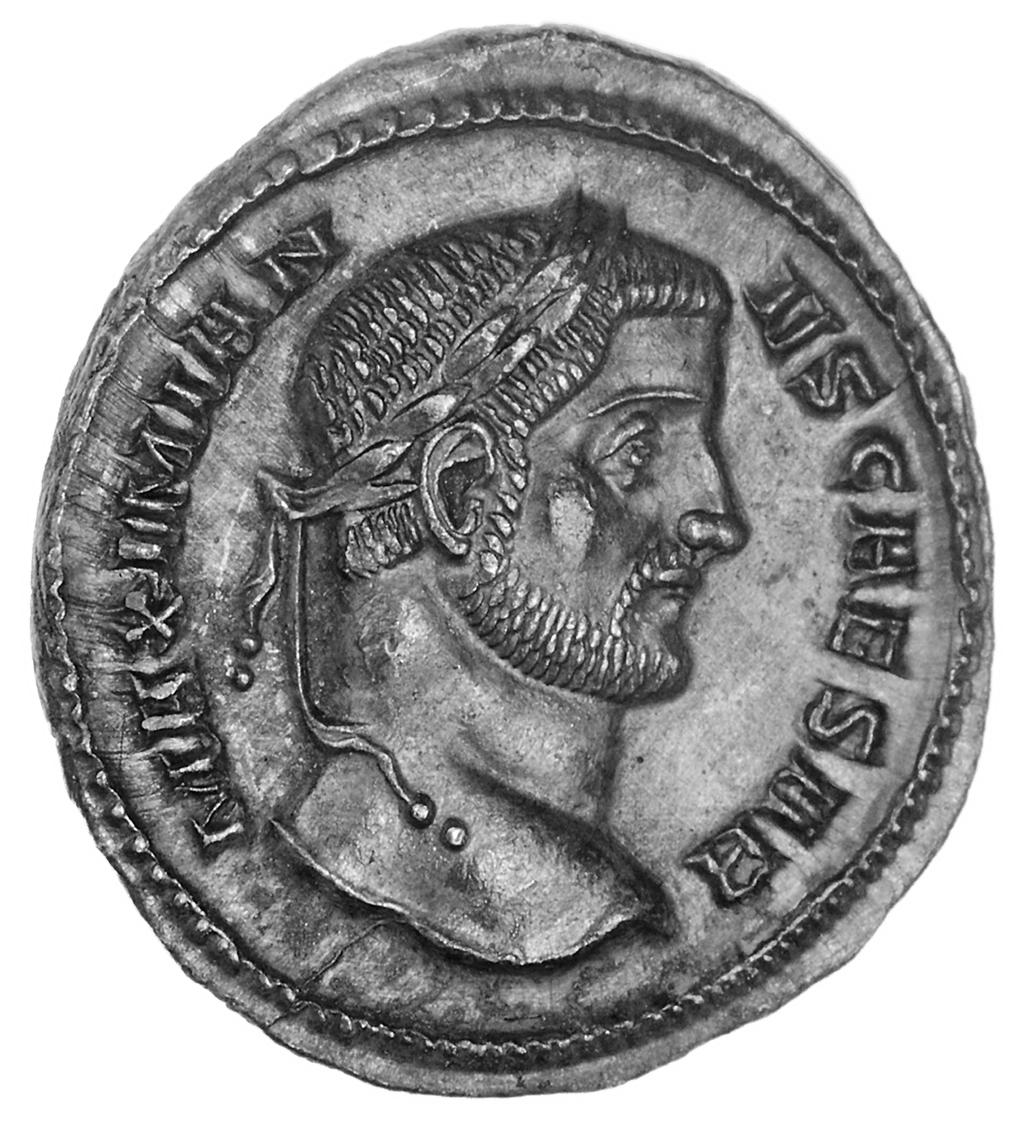 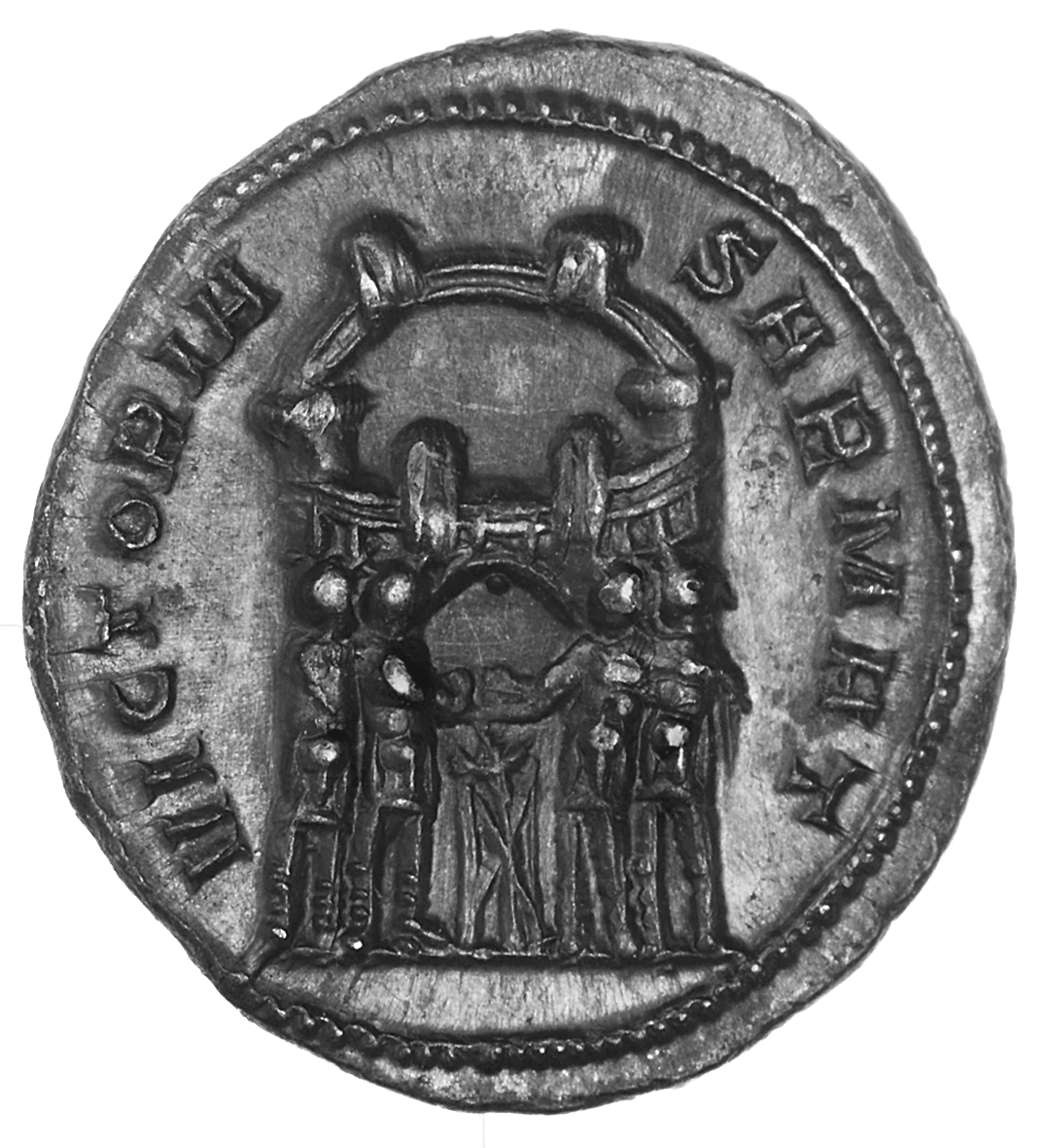 Diocletian, Maximianus, Galerius and Constantius Chlorus were the names of the four men, who managed the vast Roman Empire around 300. Galerius (293-305), whose full name was Gaius Galerius Valerius Maximinus, was a battleaxe whom Emperor Dicoletian placed in the eastern part of the empire. There, Galerius fought against the peoples on the Danube, before he marched against the Sassanides in the Near East.

The inscription on the reverse of this argenteus refers to Galerius' military activities on the Danube and names him the victor over the Sarmatians. The coin itself was minted after Diocletian's large currency reform in 294.