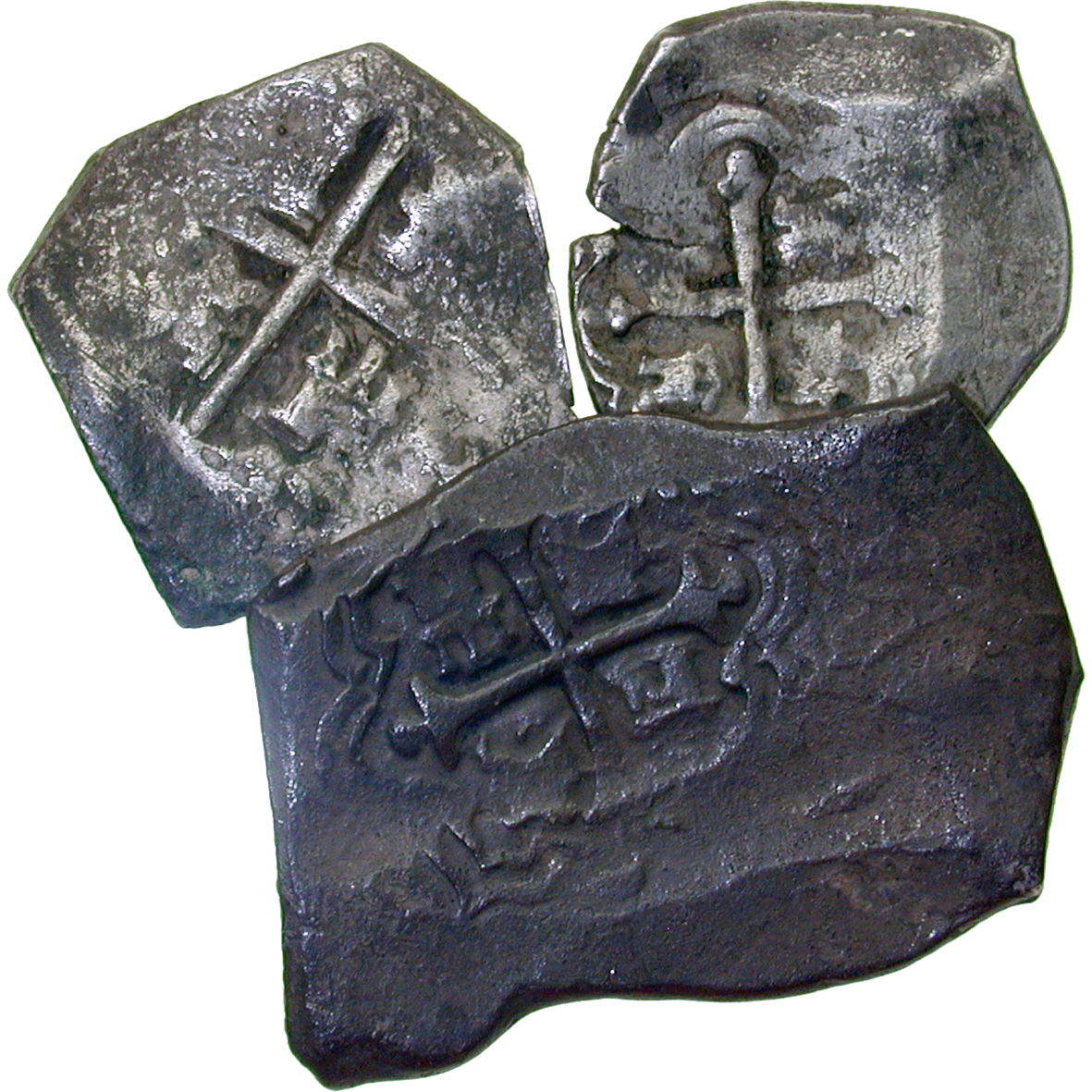 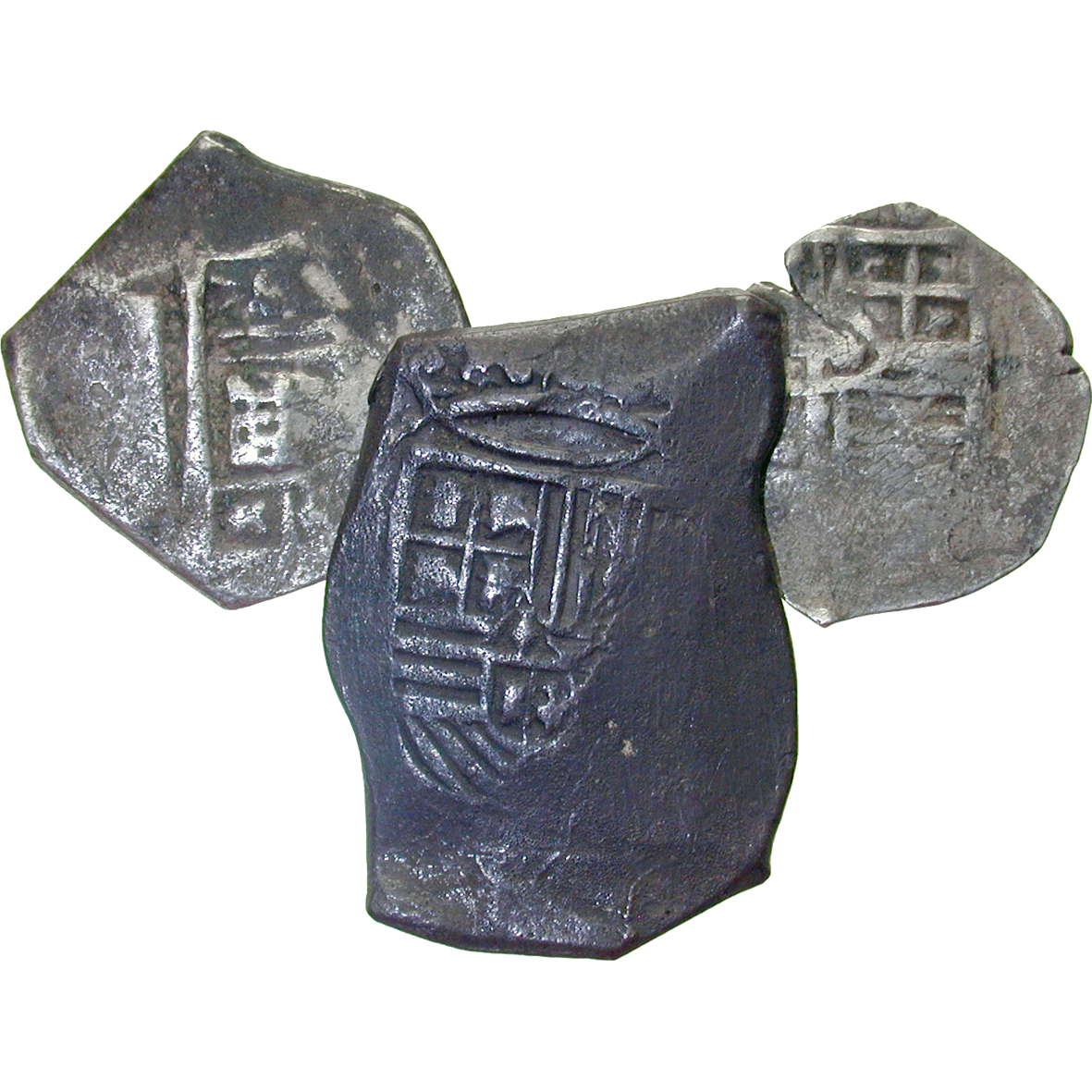 Such crudely minted silver coins are referred to as cobs in English. Because of their rough workmanship – the poor minting and the not exactly round shapes – it was for a long time assumed that these Spanish-Mexican coins were struck on board of the silver ships traveling from the Spanish colonies in America to Spain. The true reason for the unfinished look of these coins was the ban of possessing unminted silver in the Spanish colonies. In Mexico alone, eleven insufficiently furnished mints existed, where the produced silver was hurriedly brought in coin-like shape. In Spanish, these coins were called "macuquina," while in German they were known as "ship money."