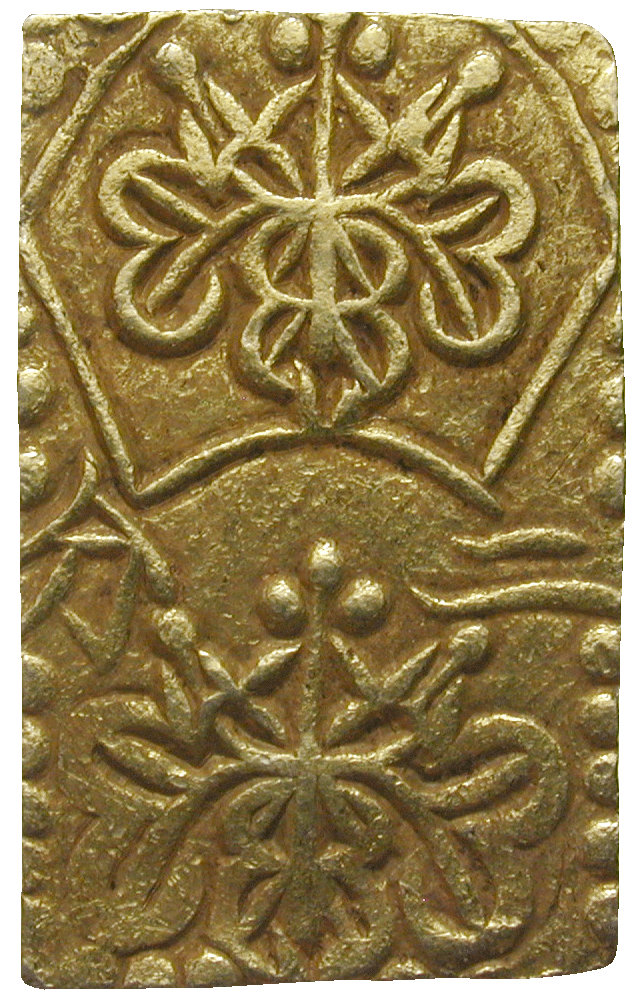 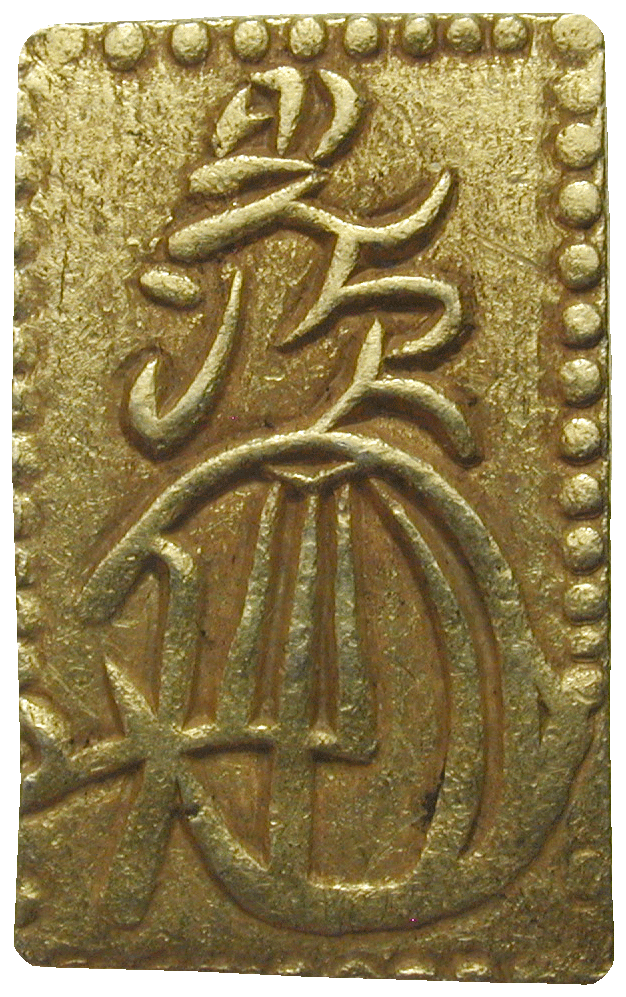 The obverse of this Japanese nibukin shows two flowers of the Imperial Paulownia (Latin: Paulownia imperialis). In the middle, two characters indicate the value ni (= two) bu. The upper half of the reverse – read from top to bottom – depicts the Chinese characters "Mitsu Tsugu," which was the name of the head official of the gold mint. The big mark in the lower half shows the signature of this gentleman. The traditional gold and silver coins of Japan followed the old currency unit ryo. A ryo was divided into bu and shu: 1 ryo = 4 bu = 16 shu. Silver coins had face values of one bu (ichibugin) and one shu (isshugin). Gold coins held 2 bu (ni bu).