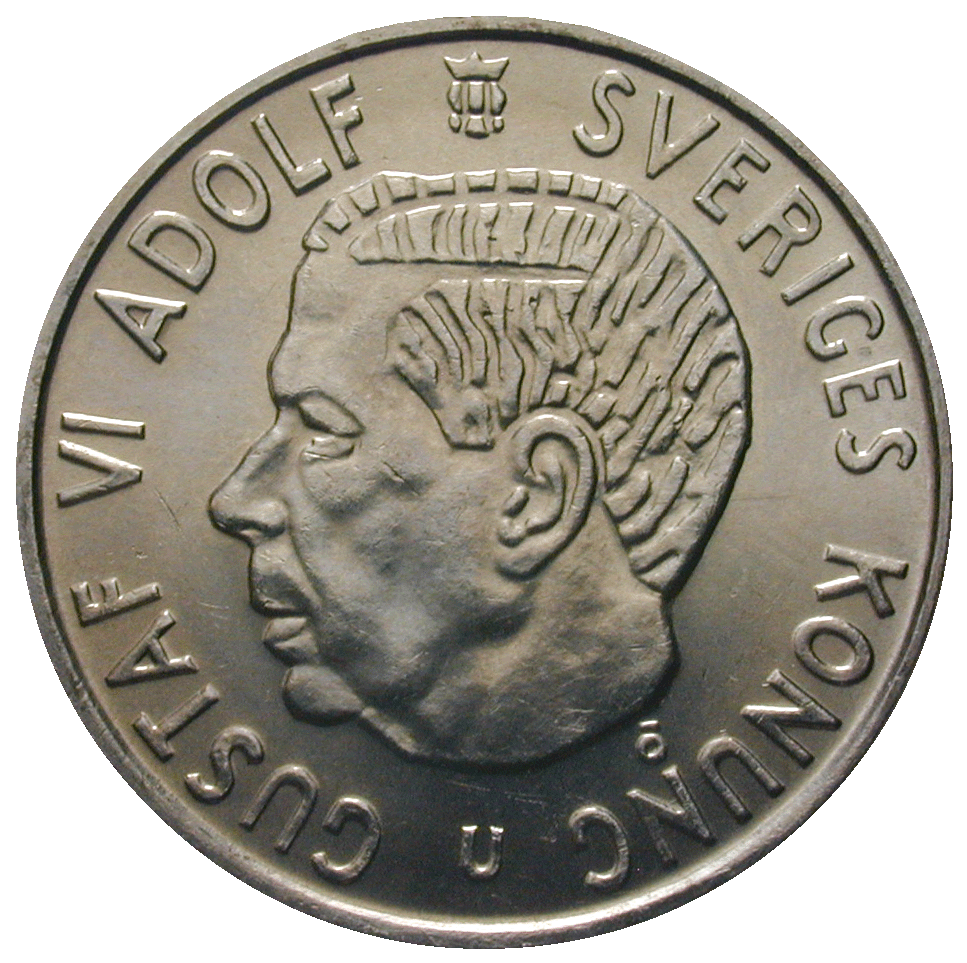 Since the middle of the 20th century, Sweden suffers from a significant inflation. In 1962, the 40 percent silver disappeared from the coins of 10, 20 and 25 öre. Six years later this silver also disappeared from the coins of 1 and 2 crowns. In 1971 the last regular coin from this alloy was minted, the 5-crown coin. To adjust laws with reality, the Reichstag enforced a new coinage act in 1972. The gold standard was definitely abandoned, although gold coins minted after the enactment of 1873 remained legal tender.