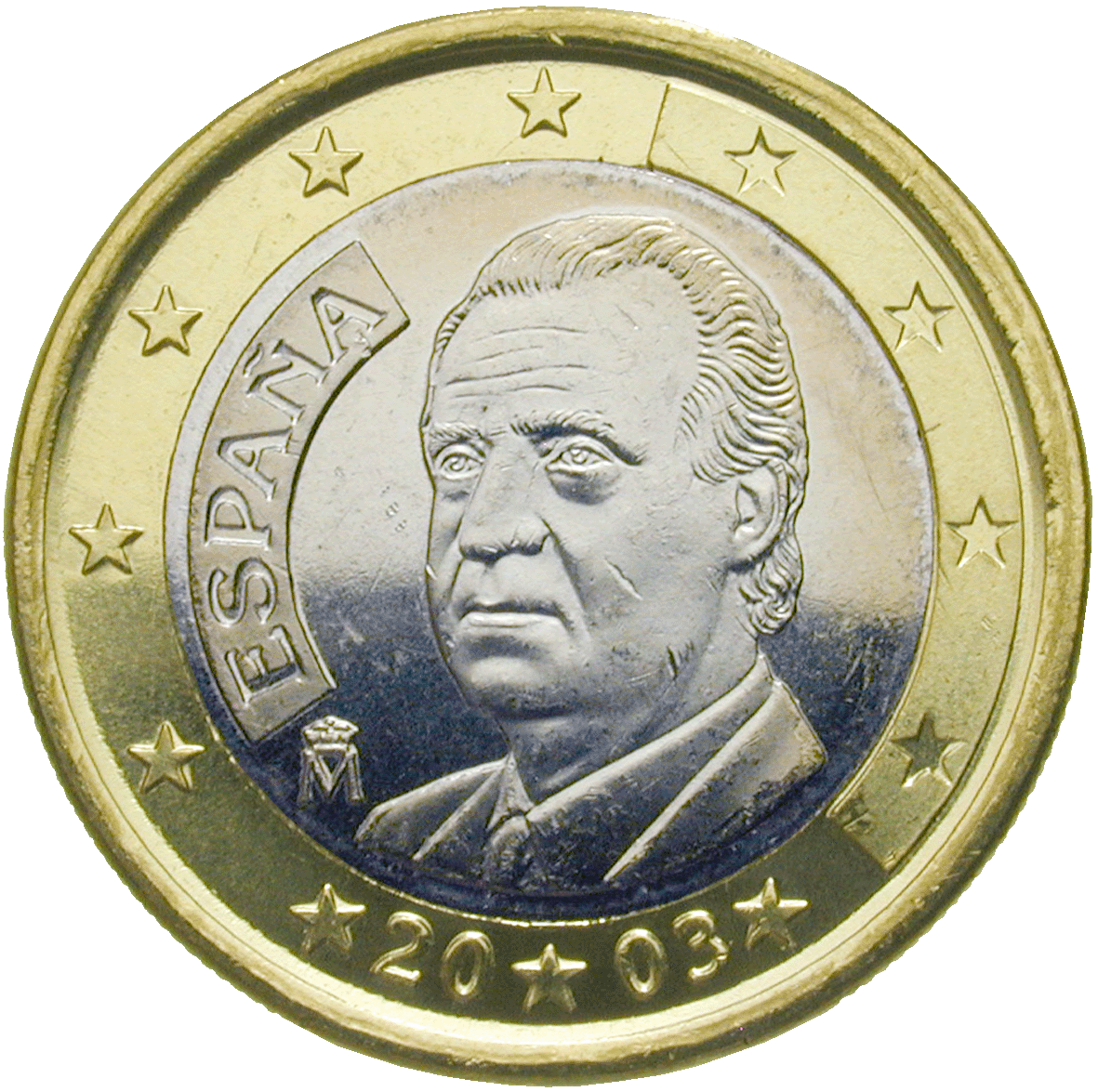 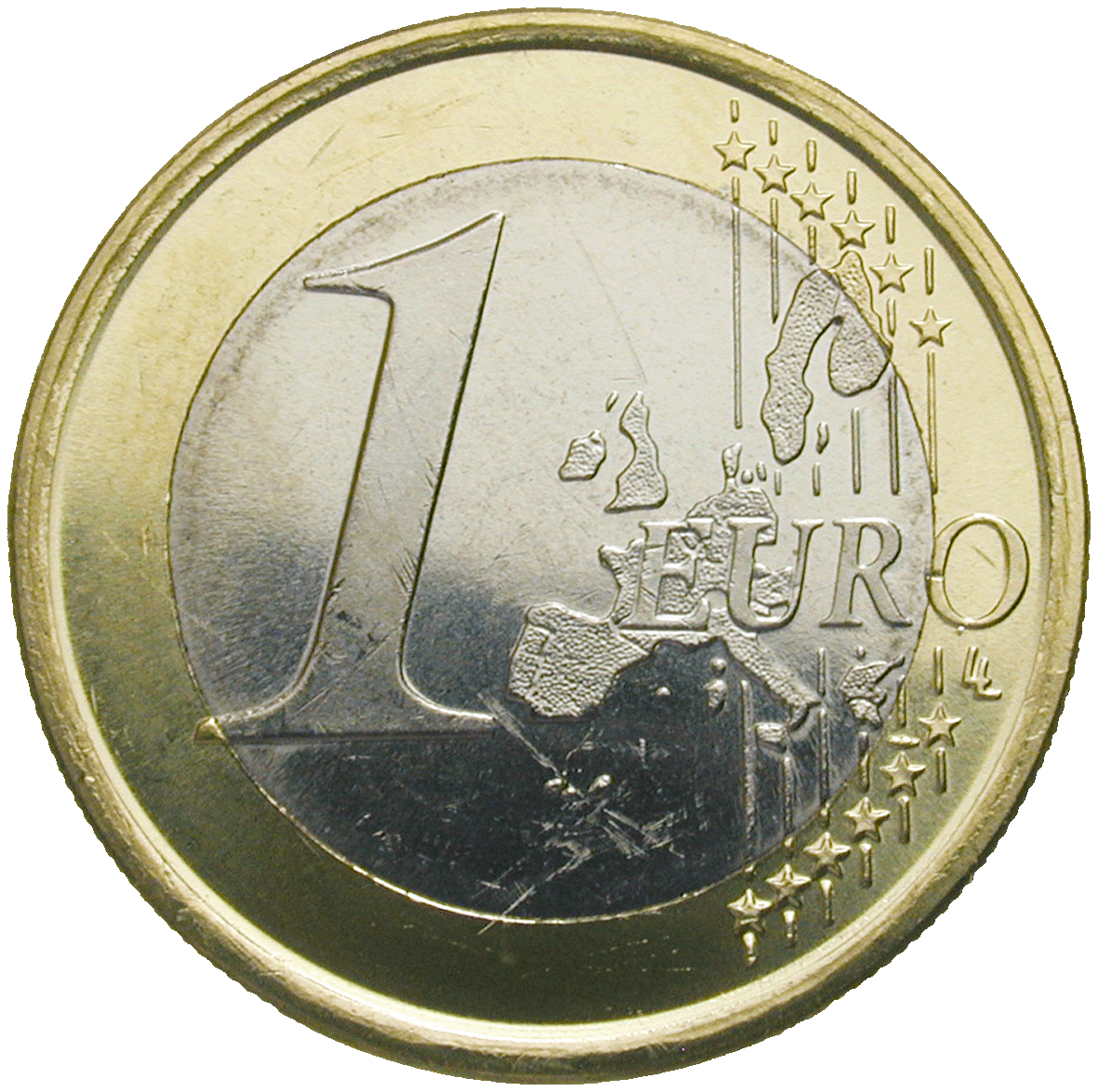 The obverse of the Spanish 1 and 2-euro coins depicts the portrait of the Spanish King Juan Carlos I (1975-2014). Spanish euro coins feature three different designs for each of the three series of coins. The minor series of 1, 2 and 5 cent coins were designed by Garcilaso Rollán, the middle series of 10, 20, and 50 cent coins by Begoña Castellanos and the two major coins feature the portrait or effigy of King Juan Carlos I of Spain designed by Luis José Díaz.