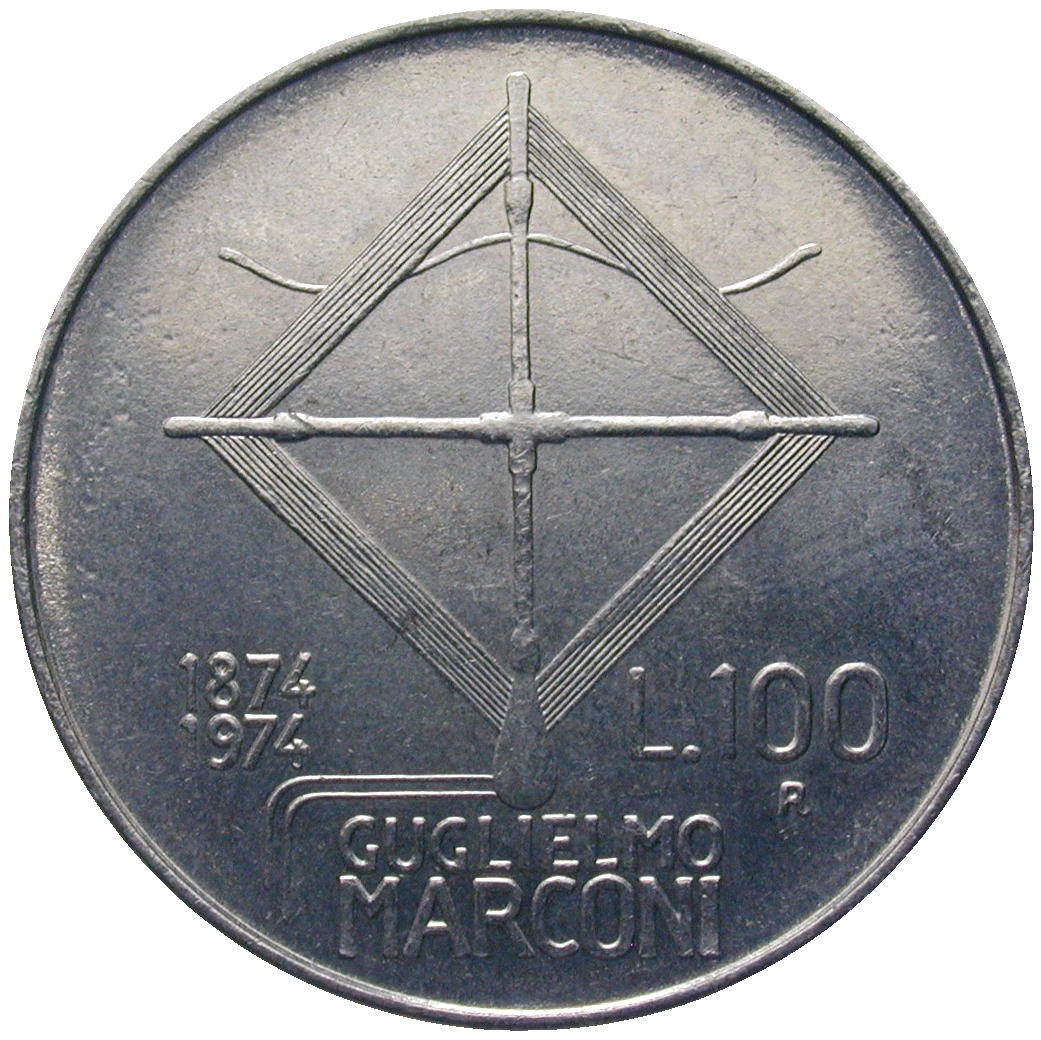 In 1974, Italy issued a commemoration coin to celebrate the 100th anniversary of Guglielmo Marconi (*1874, †1937). It bore an image of the inventor on the obverse and on the reverse a radio antenna, a so-called Marconi-antenna. Guglielmo Marconi was a physicist and a pioneer of wireless telegraphy. He invented a radiotelegraph system and founded the "Marconi Wireless Telegraph Company" based in London (the company was taken over by Ericsson in 2006). Marconi's company managed the first wireless connection across the English Channel in 1899. Some two years later, with the help of the Marconi-antenna, the first transatlantic radio transmission was made.