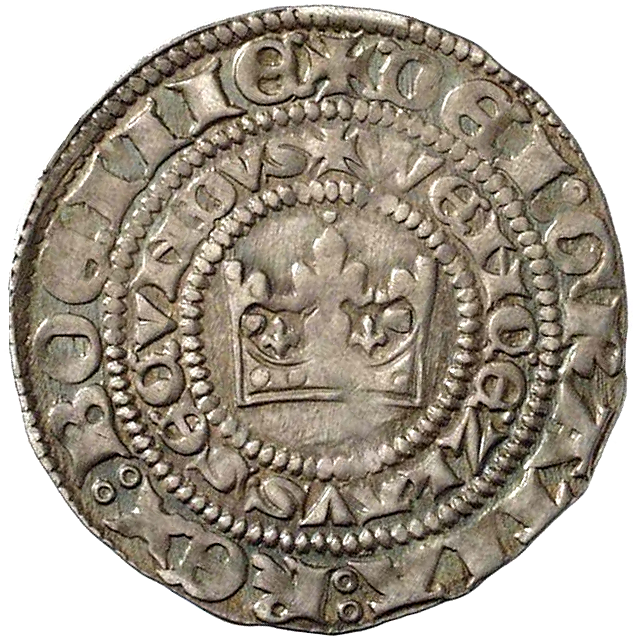 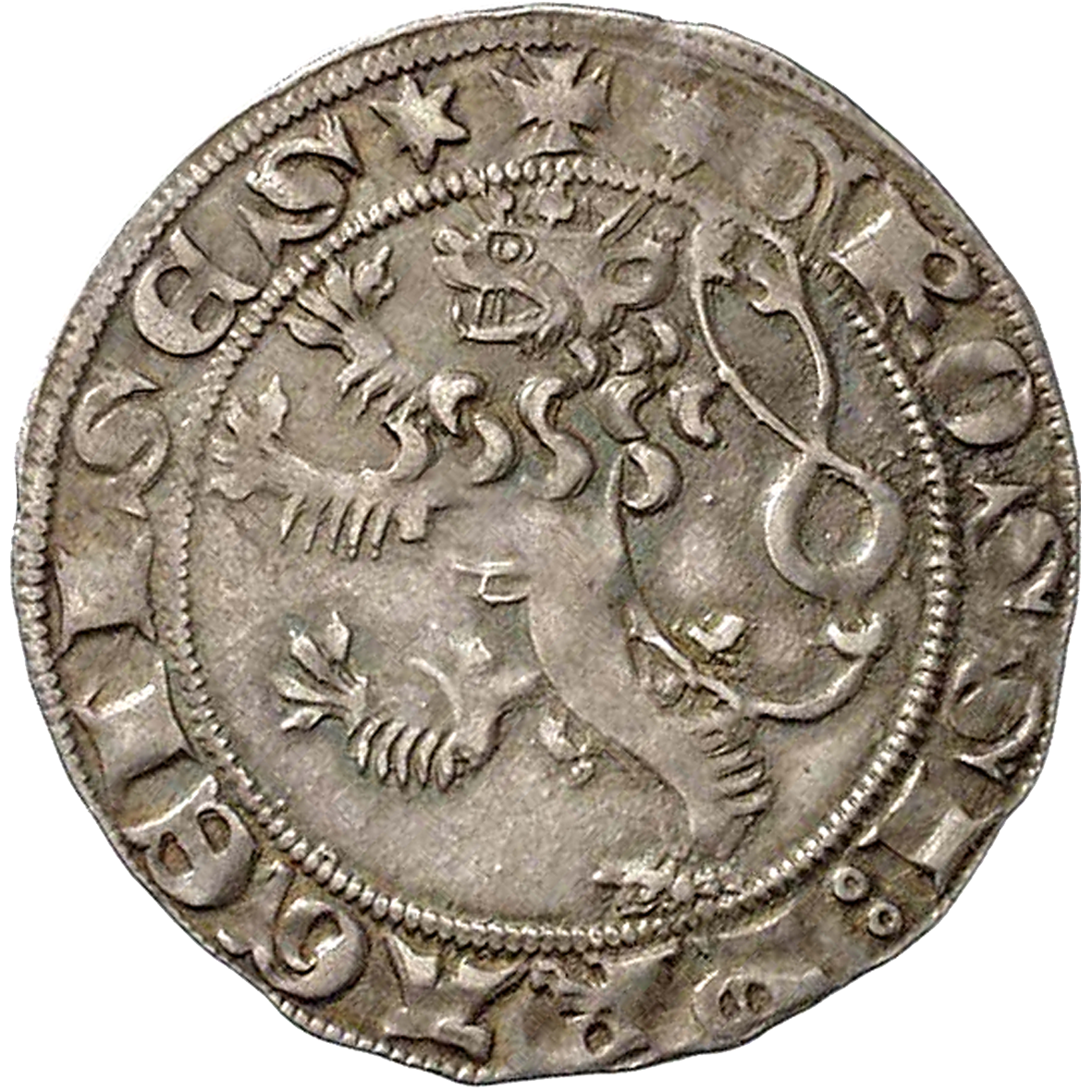 The Prague groschen, introduced in 1300, was by far the most important coin in eastern Europe. The obverse of the groschen bore a crown, while the reverse depicted the two-tailed Bohemian lion. These Prague groschens were issued in huge quantities and spread far beyond the borders of Bohemia. They gained international recognition on the one hand because Bohemia extended its political power northwards, and on the other hand by the elevation of the two later Bohemian kings Charles IV and Wenceslaus IV to emperors of the Holy Roman Empire.