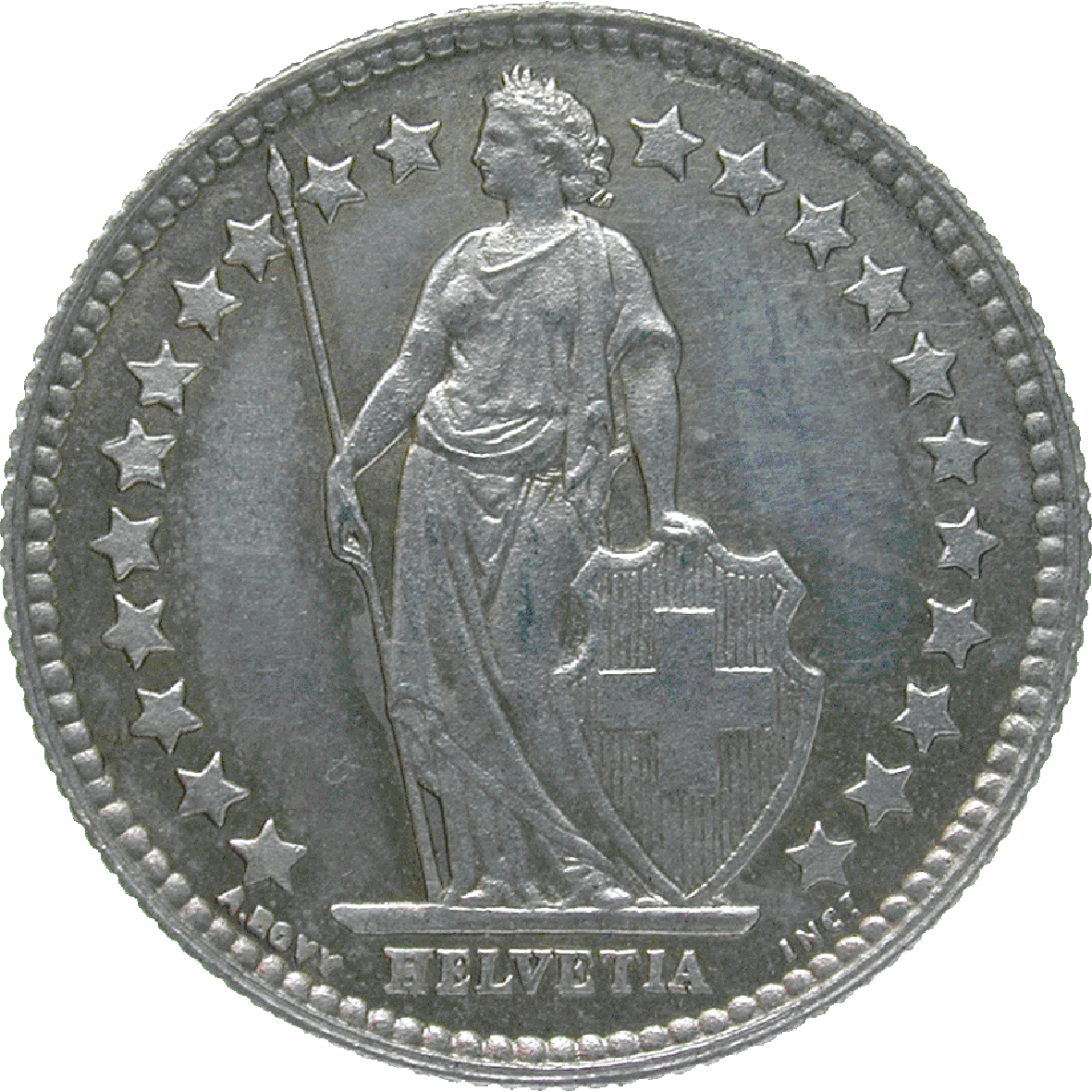 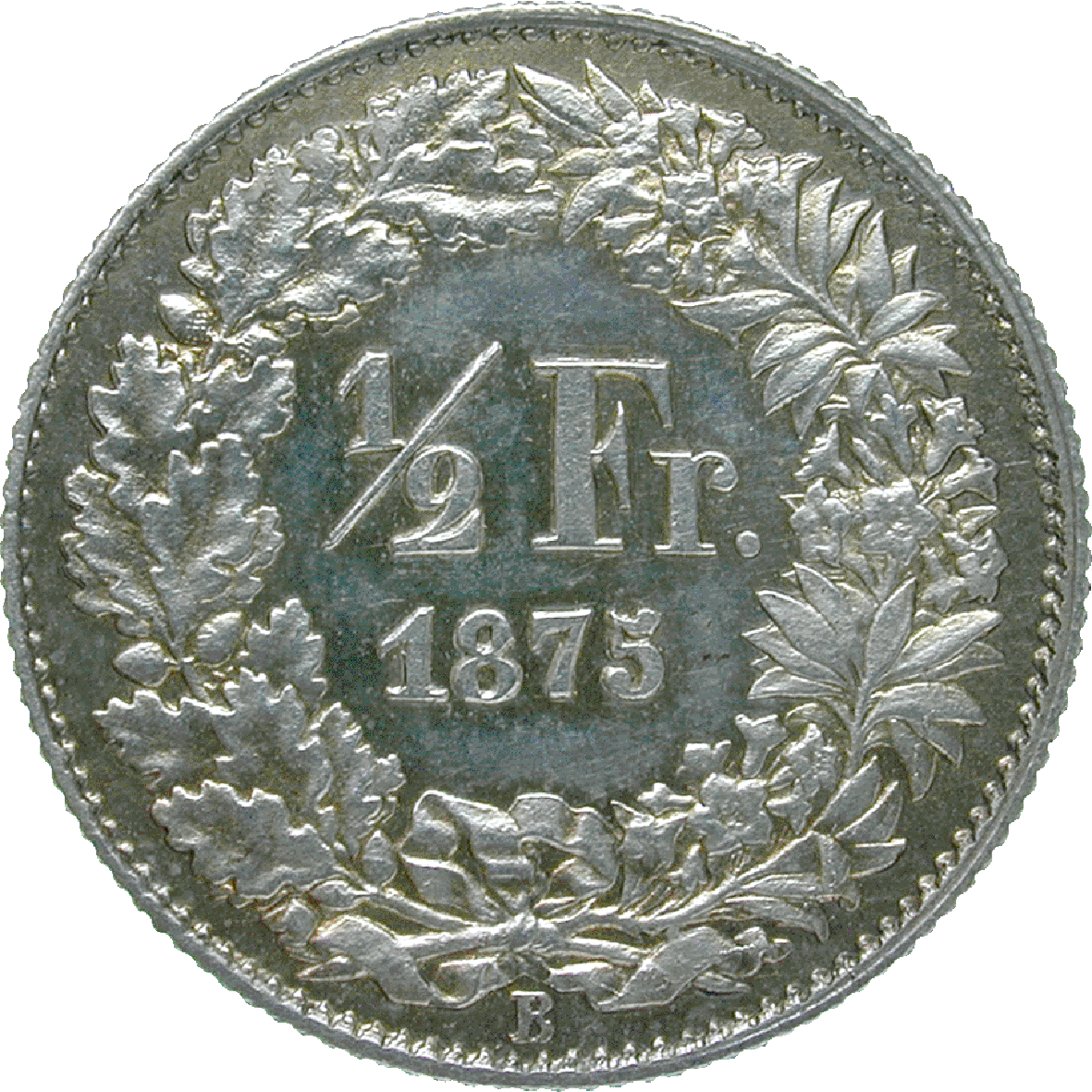 For 25 years, Helvetia was seated on Swiss coins. Her left hand lay casually on a big Swiss Shield; with her right, she pointed vaguely towards the mountains in the back. Contrary to expectations, however, the sitting Helvetia found no favor among the Swiss. Particularly criticized was the lady's right arm which was considered too long. Thus the engraver Antoine Bovy, who had already designed the sitting Helvetia, redrafted a standing Helvetia in 1874. Her left hand still lay on the big Swiss Shield; in her right hand, however, Helvetia now held a lance. The mountains in the background had disappeared; instead, 22 stars encircled the image – 22 symbols for the 22 Swiss cantons.