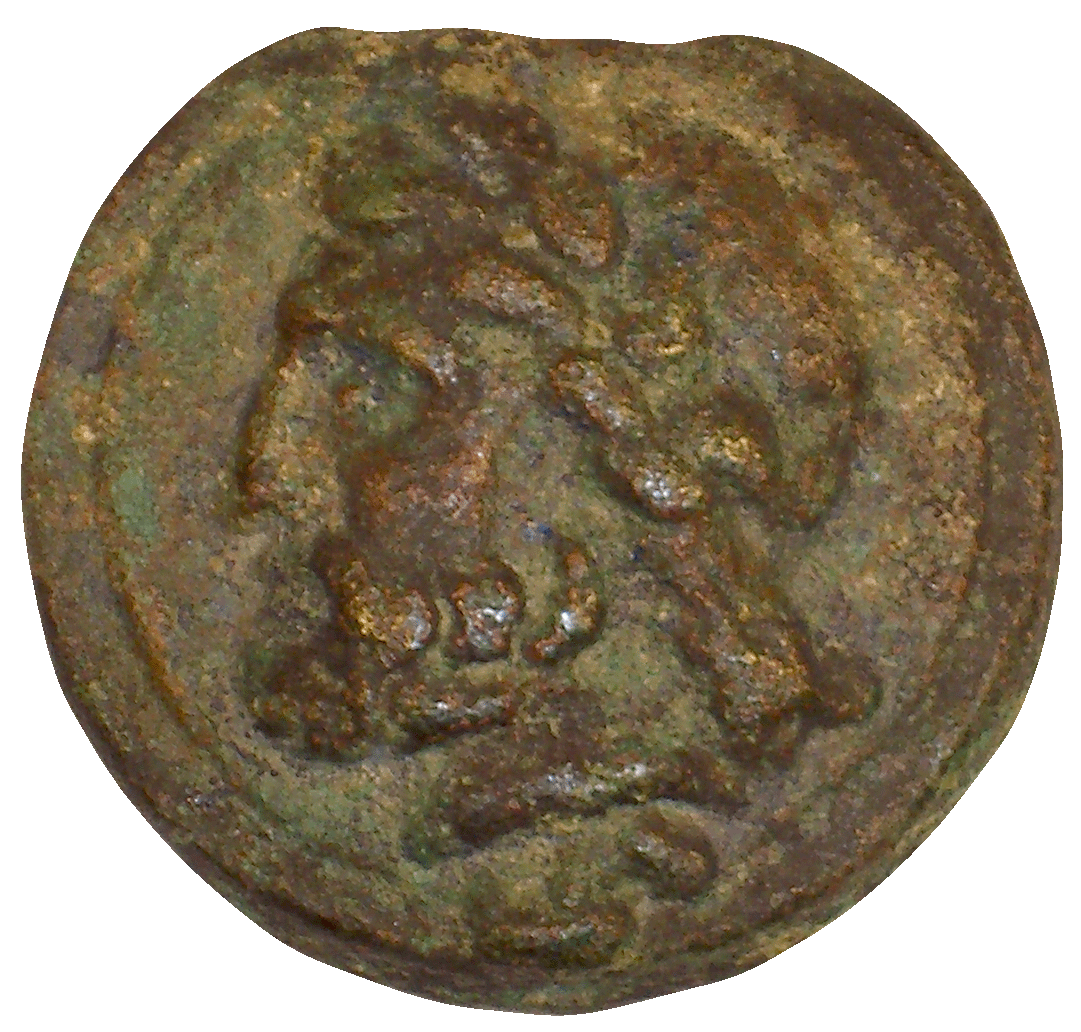 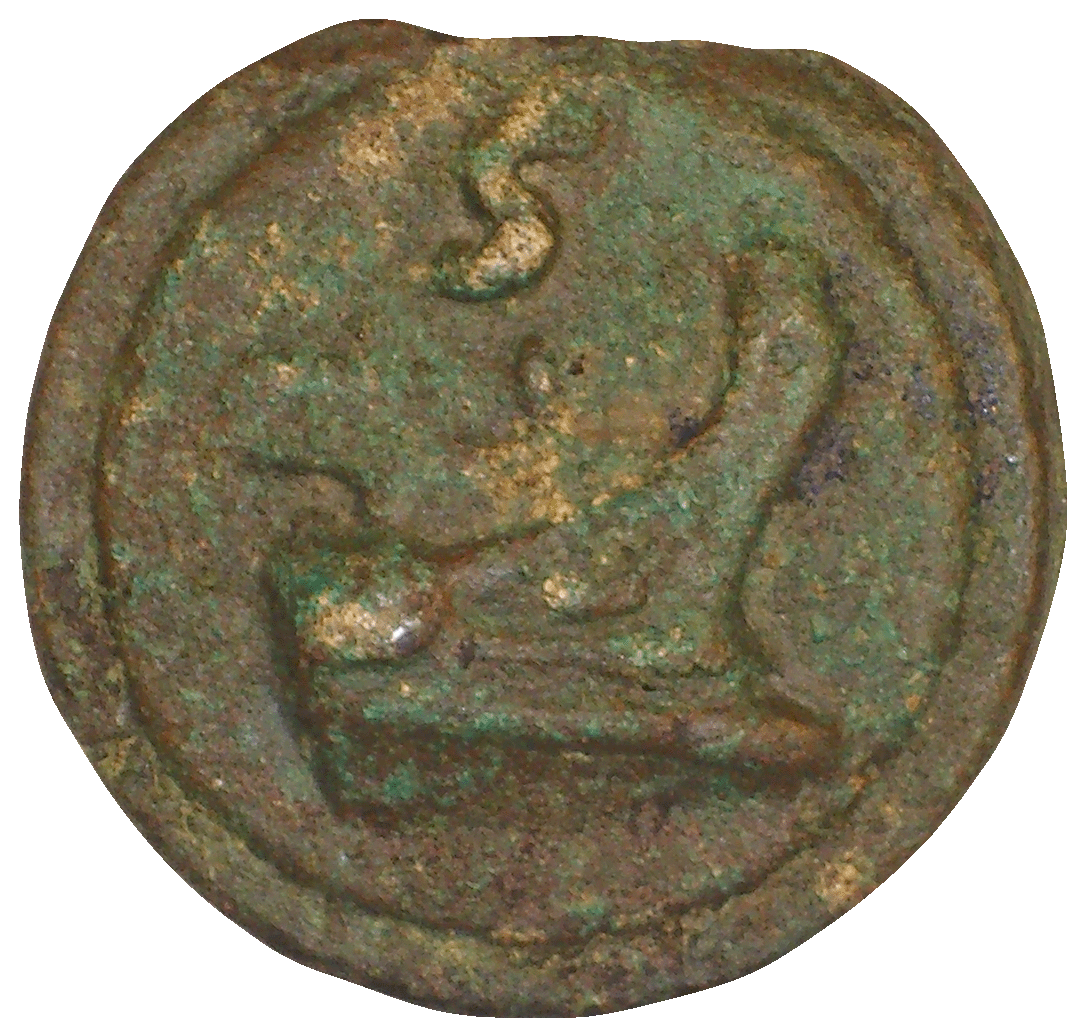 The semis – literally a half – was a small Roman bronze coin that was valued at half an as. The as was the standard bronze coin of the Roman Republic. It was duodecimally divided: 1 as contained 12 unciae (ounces). Accordingly the semis held 6 unciae, and was distinguished by an 'S' or 6 pellets.

This semis even depicts an 'S' on both its sides. The obverse features Saturn, the Roman god of agriculture. On the reverse is a prora, the prow of a ship, the typical motif on cast Roman bronze coins.