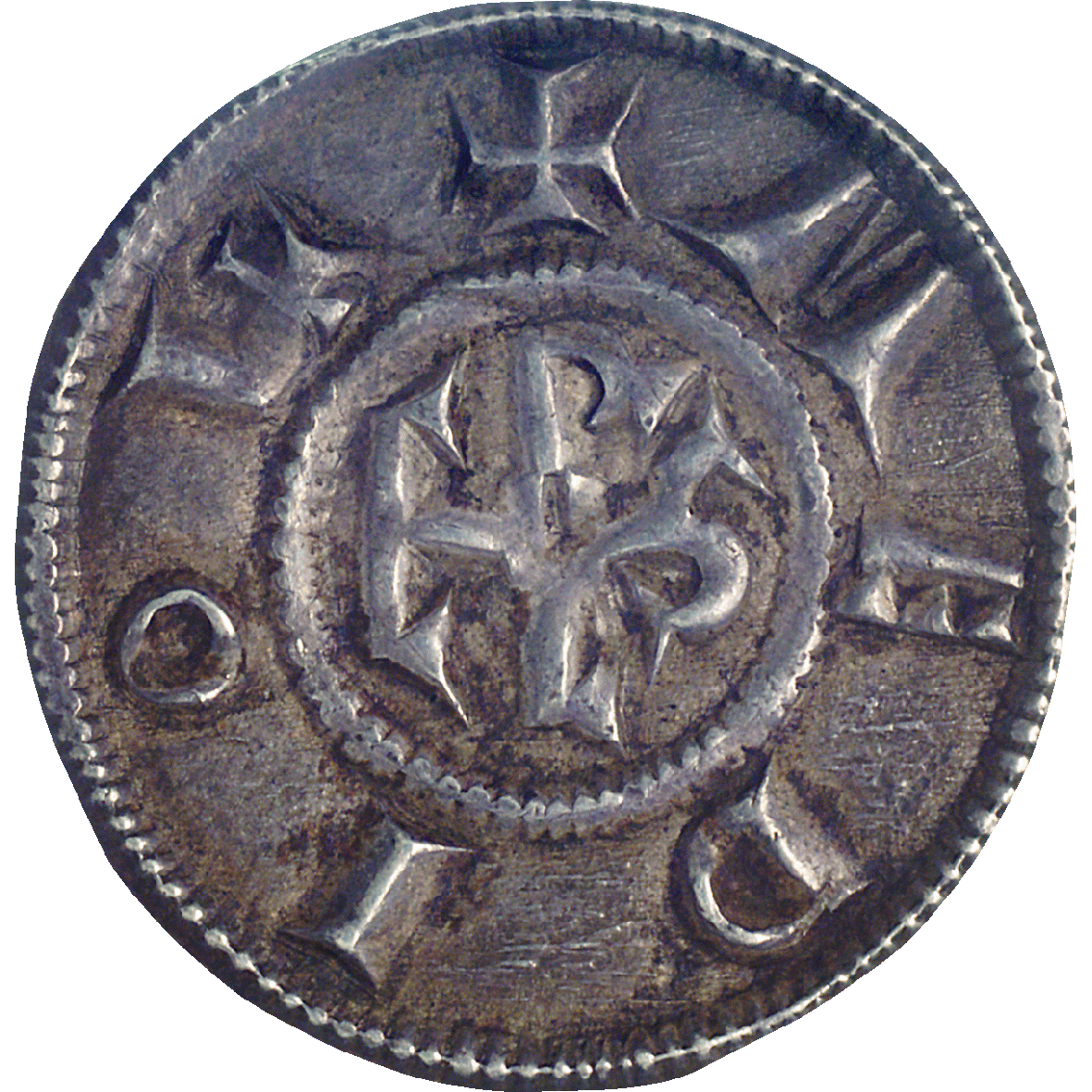 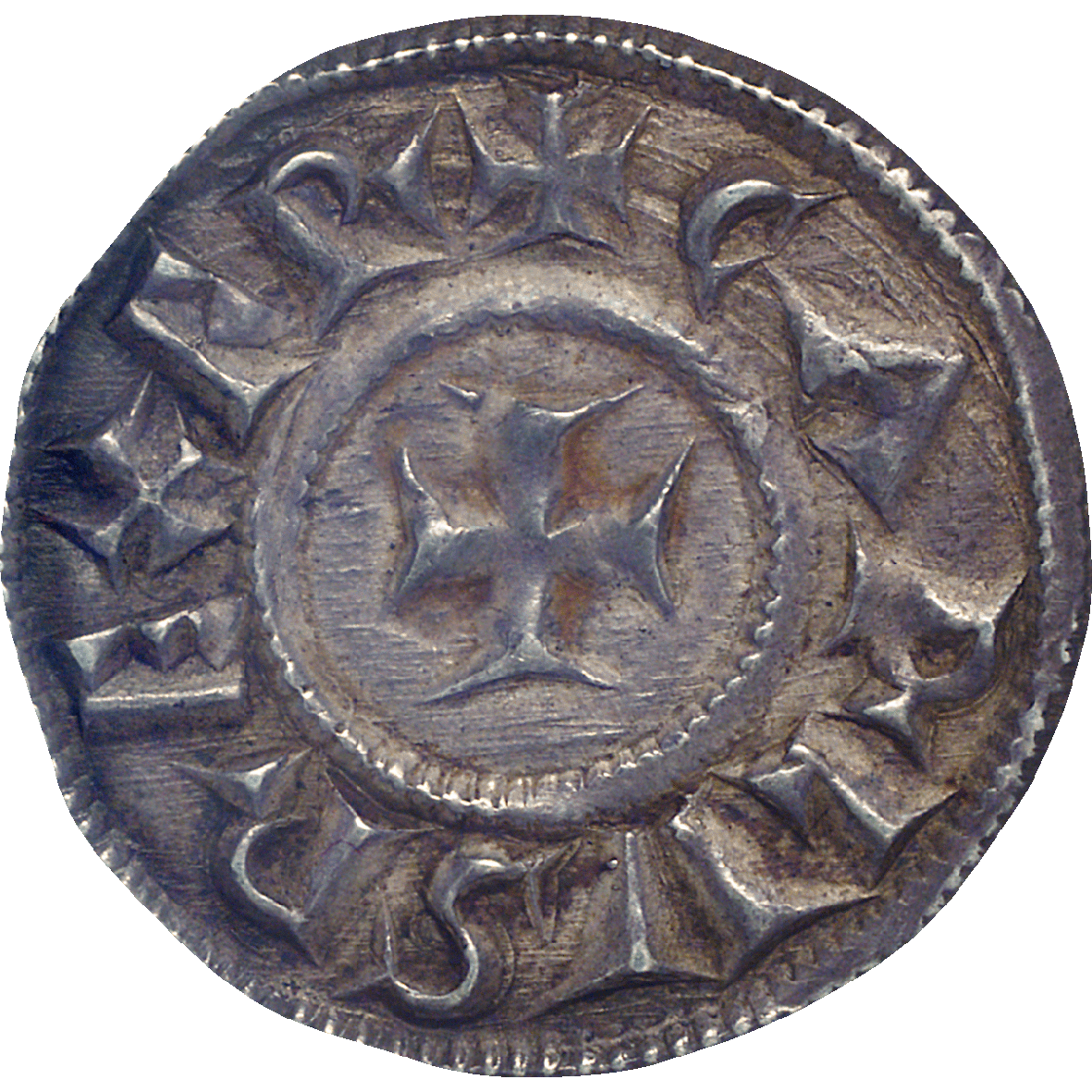 This pfennig is a coin of Charlemagne (768-814), who in 793/794 conducted a comprehensive reform of the Carolingian coinage. On the one face, Charlemagne's pfennigs bore the royal monogram that was also used to authenticate official documents. The other side showed a cross. Inscriptions indicated the title and the name of the king, as well as the name of the mint.

Charlemagne also introduced a new calculation system based on the Carolingian pound. One pound equaled 20 shillings of 12 pfennigs each, and thus one pound counted for 240 pfennigs. This coinage system remained unchanged for a long, long time – in England right up into the 1970's.