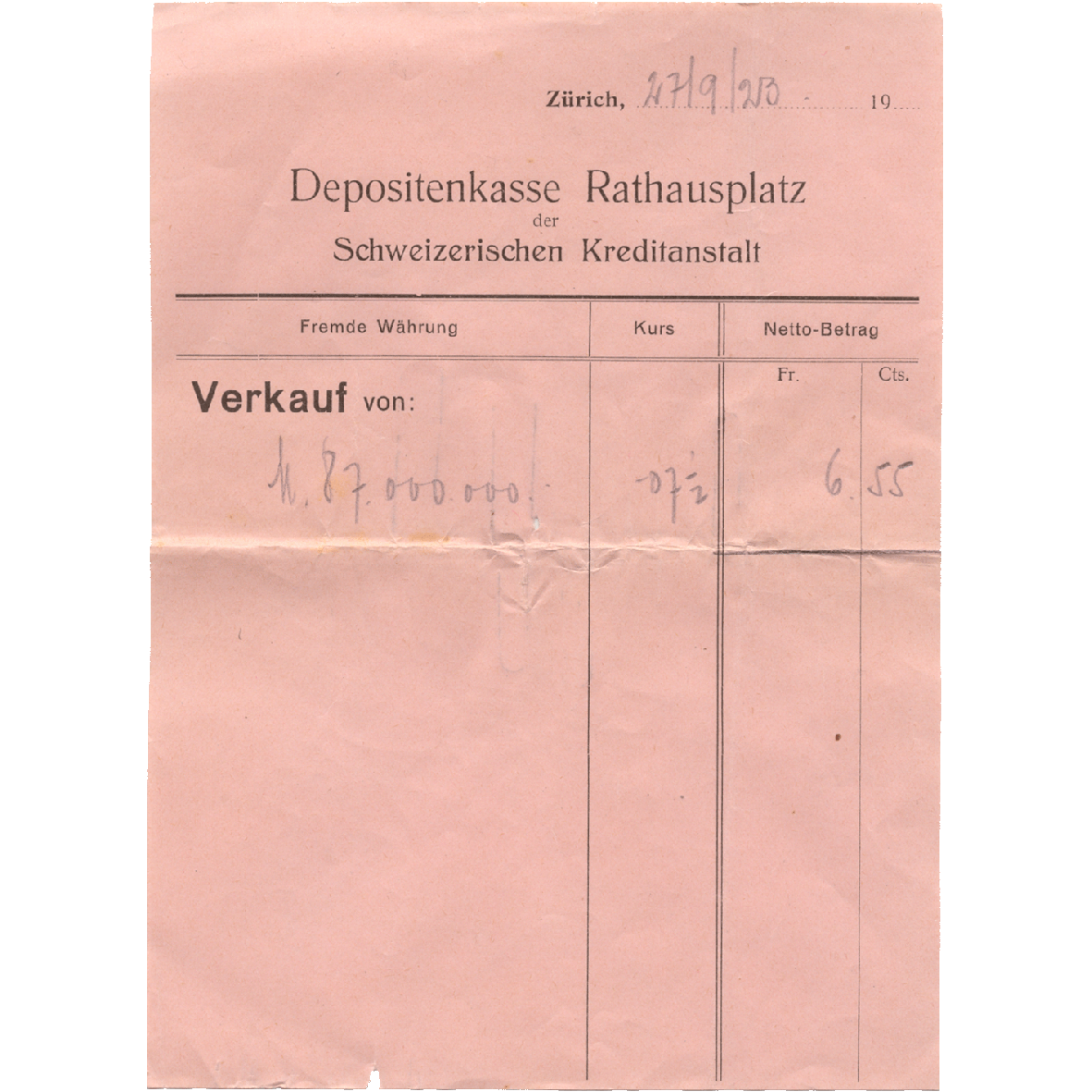 For most of us, 87 million marks seem a sum beyond imagination. In 1923, however, it was worth close to nothing. Only 6.55 Swiss francs was exchanged for this amount at the Depositenkasse of the Schweizerische Kreditanstalt in September 1923. That autumn in 1923, printing machines in Germany ran at full speed. The Reichsdruckerei soon was no more able to print sufficient amounts of paper money any more; it had to commission private print shops. In 133 German print shops, 1723 machines worked day and night the following months – but still: the output was far too little. The paper factories were just unable to produce more paper.