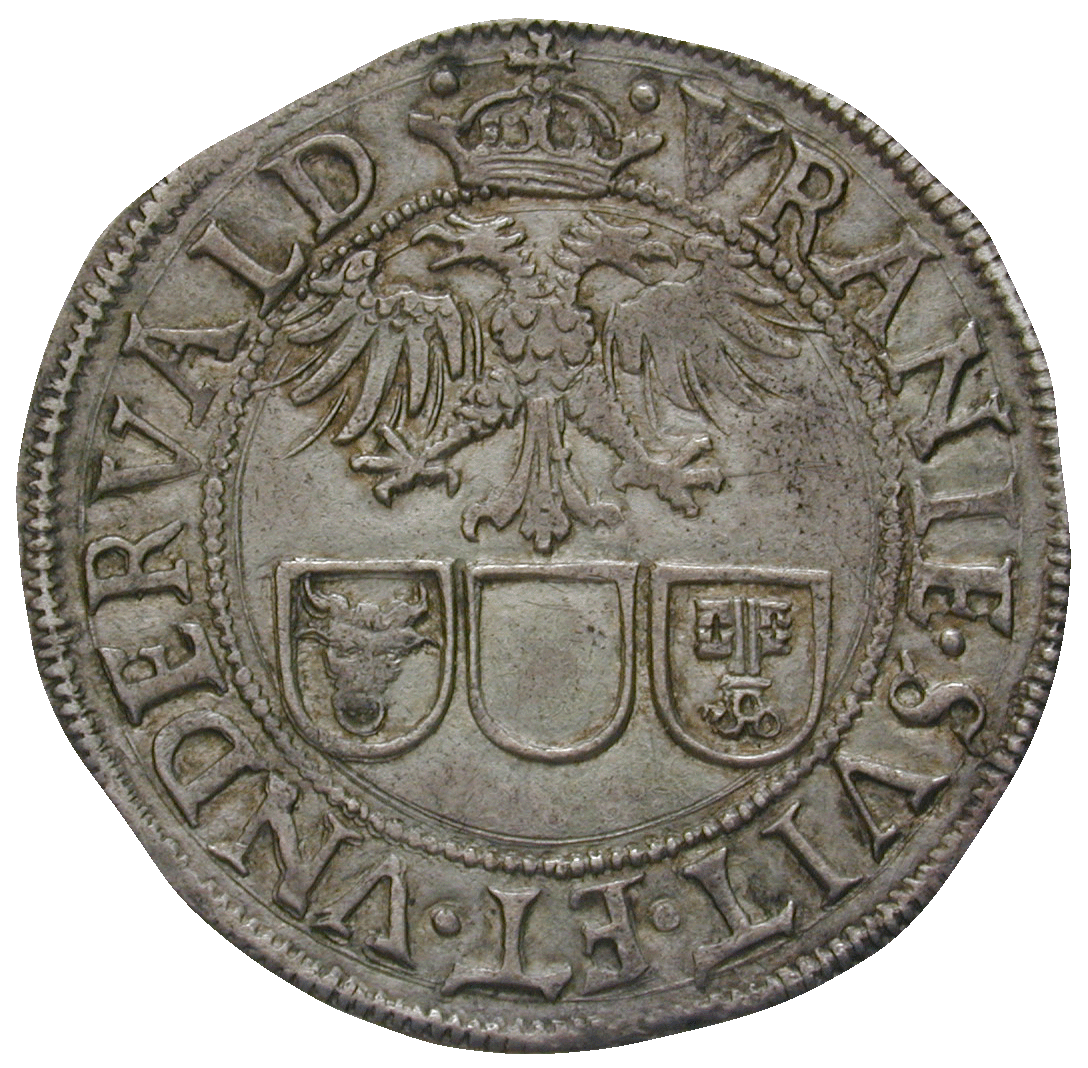 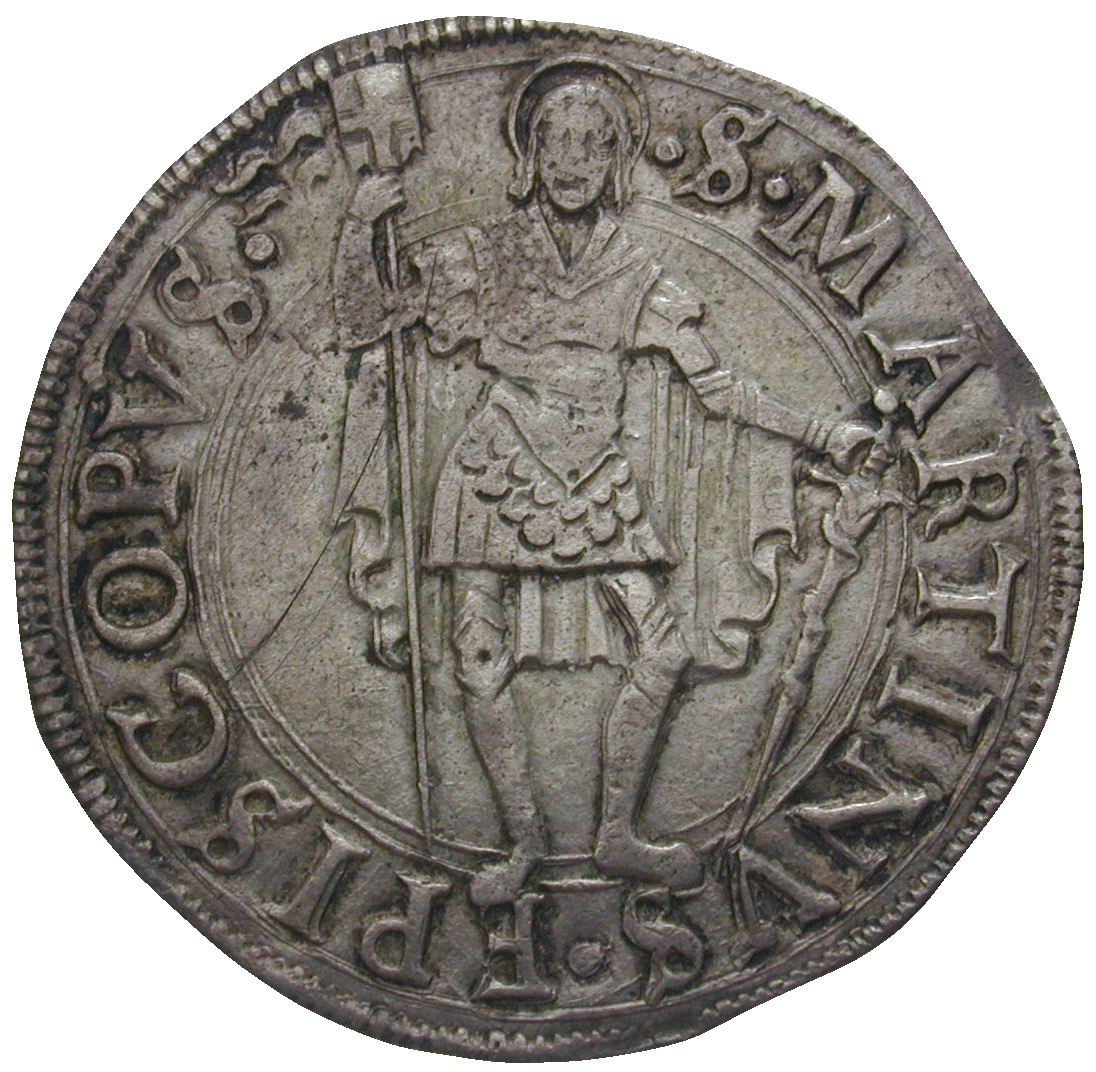 This dicken is a joint issue of the three Swiss cantons Uri, Schwyz and Unterwalden and was minted in Bellinzona. The obverse bears the coat of arms of the three cantons beneath the eagle of the Holy Roman Empire. The reverse shows Saint Martin, the patron saint of Uri and Schwyz. Martin was bishop of Tours in France, where he was said to have worked many wonders. A famous legend has it that he once shared his cloak with a beggar. The following night, Jesus appeared – clad in half of Martin's cloak. At the beginning of the 15th century the Swiss started out with soldiers and arms across the St Gotthard Pass to conquer the valleys of Ticino. In the little town of Bellinzona they occupied three castles, which they called Uri, Schwyz and Unterwalden. Although the duke of Milan made several attempts to gain back Ticino, he did not succeed. In 1500 the Ticino definitely passed over to the Swiss. Three years later, the three cantons started to issue common coins in Bellinzona.