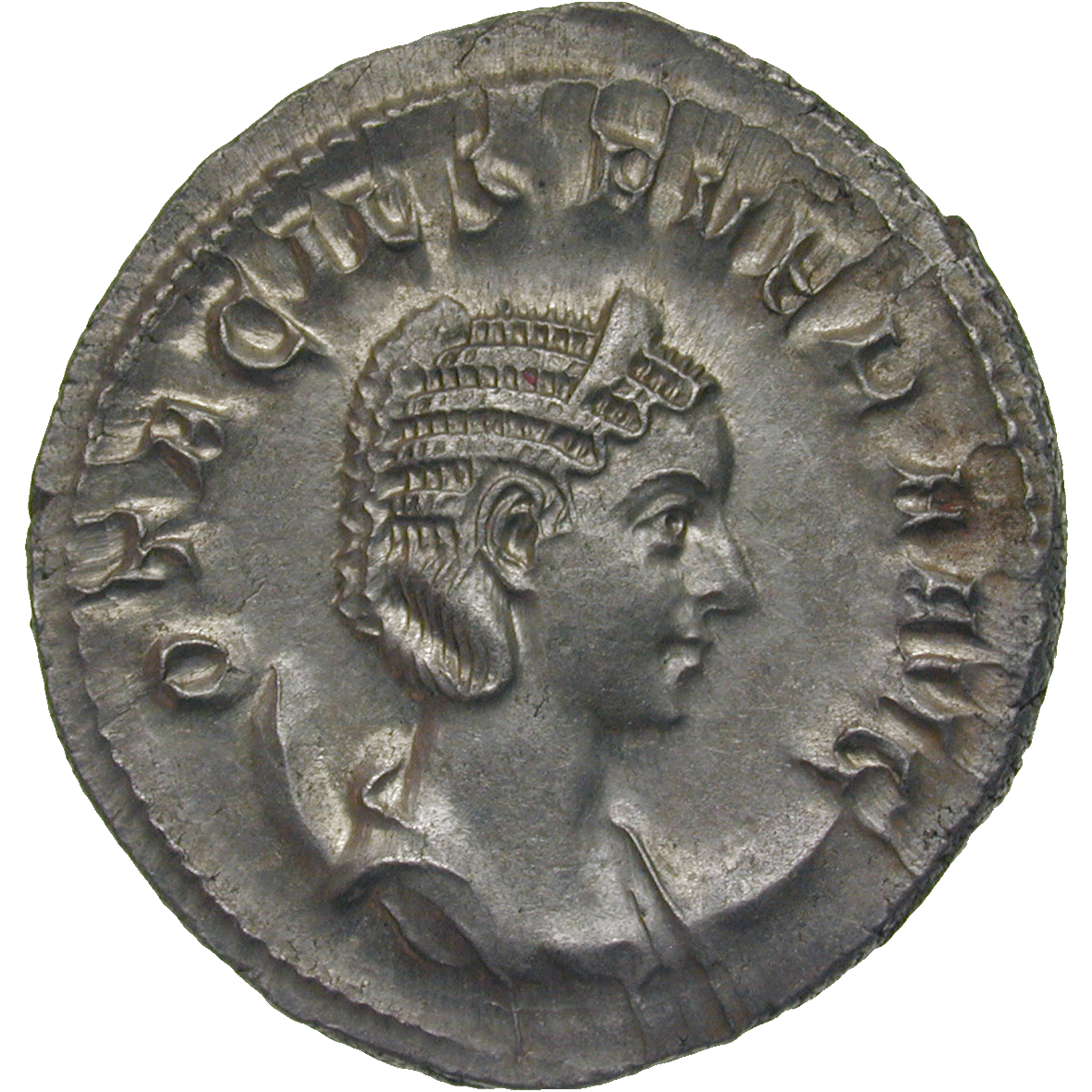 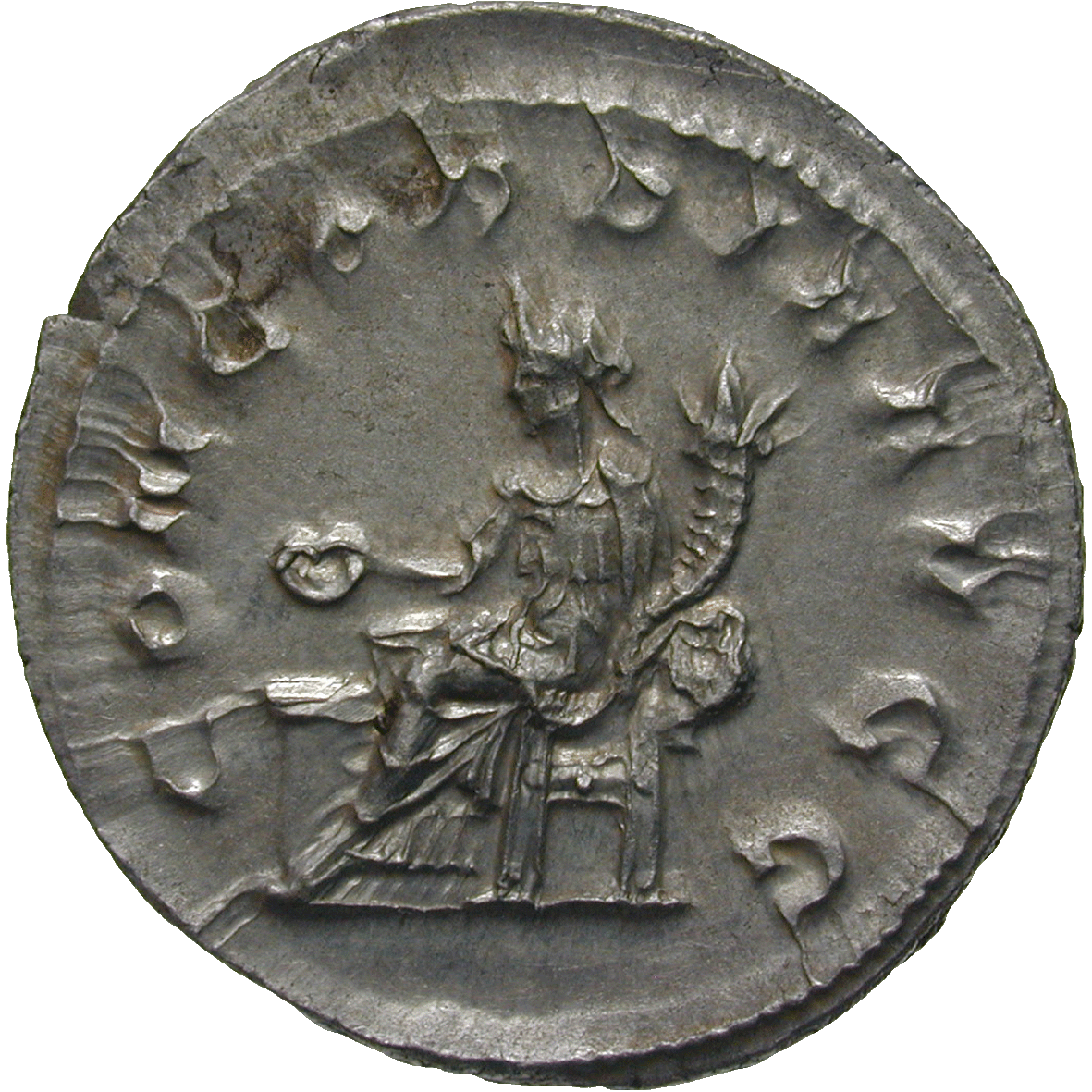 Marcia Otacilia Severa married Marcus Julius Philippus when he was an officer of the Praetorian Guard under Emperor Gordian III. When Gordian died in 244 – malicious gossip had it that Philippus had a hand in his death, altough particulars are unknown – his soldiers declared Philippus their new emperor. He reigned under the name of Philippus Arabs.

Philippus Arabs fell in 249 in a battle against the usurper and later emperor Decius. When the news of the emperor's death reached Rome, his son Philippus Junior, who was his father's co-regent, was murdered. Otacilia Severa supposedly befell the same fate, for the names of all three were erased from the inscriptions. This suggests a damnatio memoriae, a 'condemnation of memory.'

This denarius shows Otacilia Severa on the obverse. The reverse depicts Concordia, the personification of harmony.