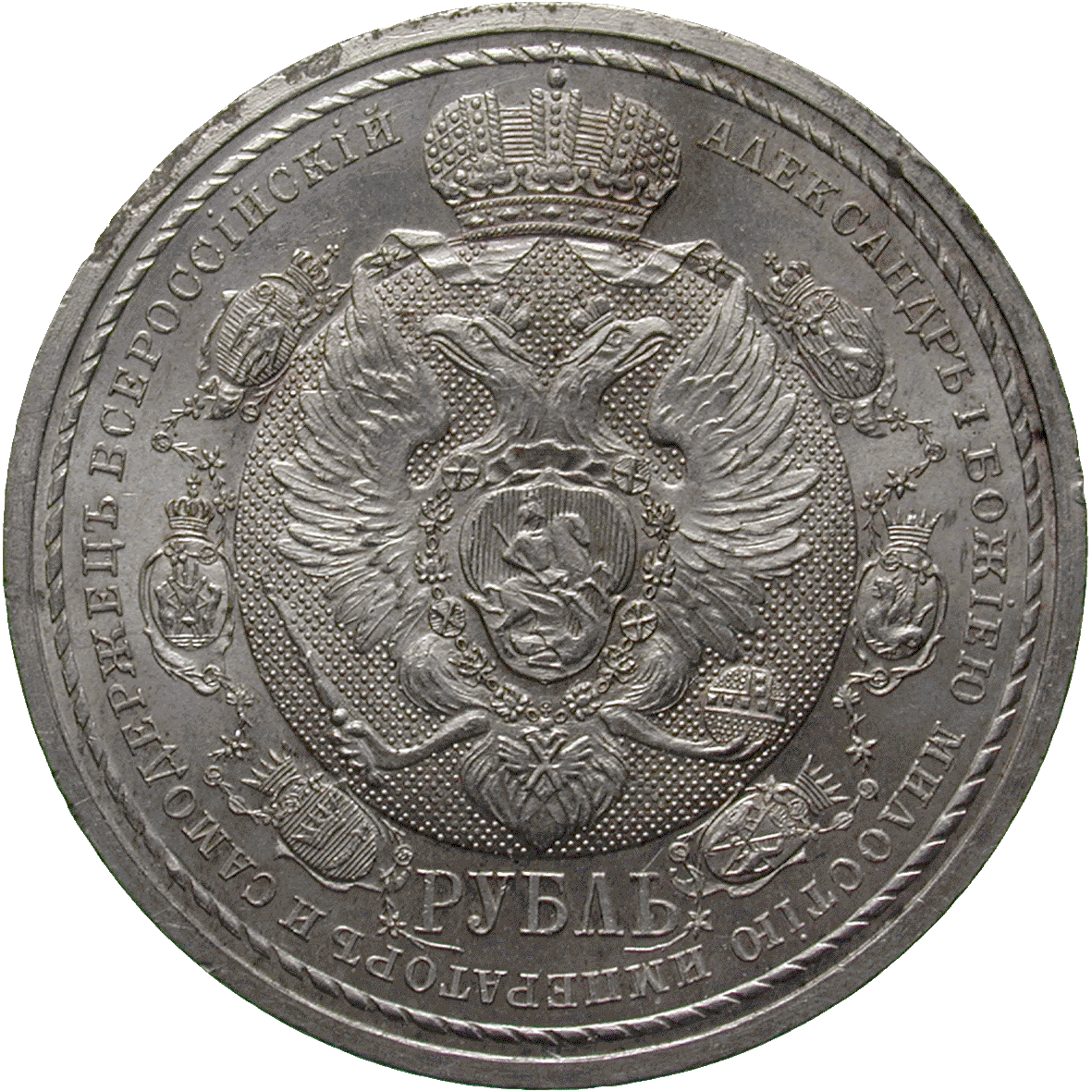 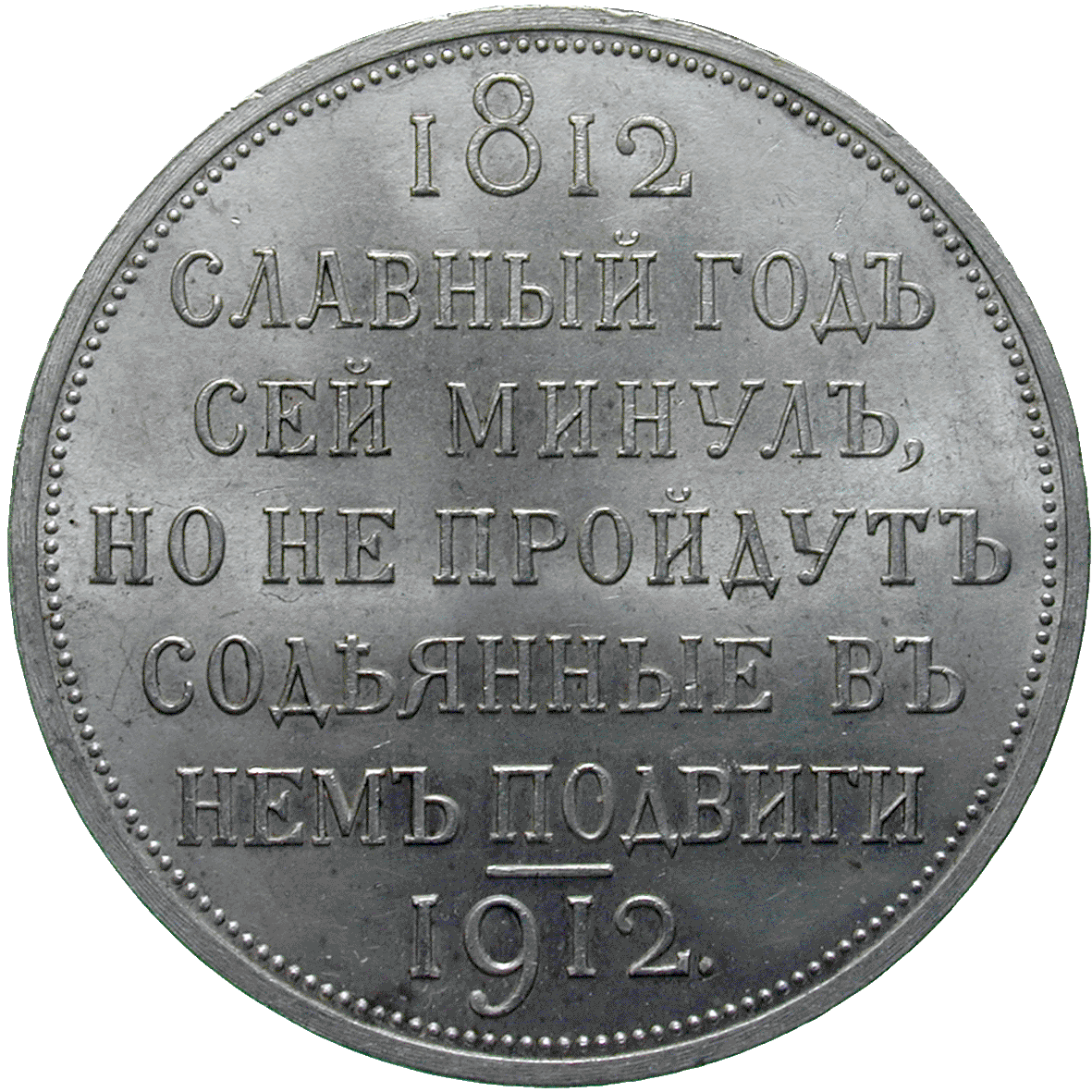 In 1912, five years before he was overthrown by an insurrection, Tsar Nicholas II (1894-1917) still believed in the power of propaganda by coins. This special issue commemorates the Patriotic War, the invasion of Russia by Napoleon and his army, and the Russian victory over the French in 1812. The obverse depicts the Russian double eagle with the shield of Saint George on its chest and a scepter and an orb in its claws. Around it are the arms of important parts of the Russian Empire: The Great Duchy of Finland, the Khanate of Kazan, Siberia, and the cities of Kiev, Novgorod, and Astrakhan. The inscription on the reverse reads in translation: 1812 – this glorious year went by, but the heroic deeds done then did not.