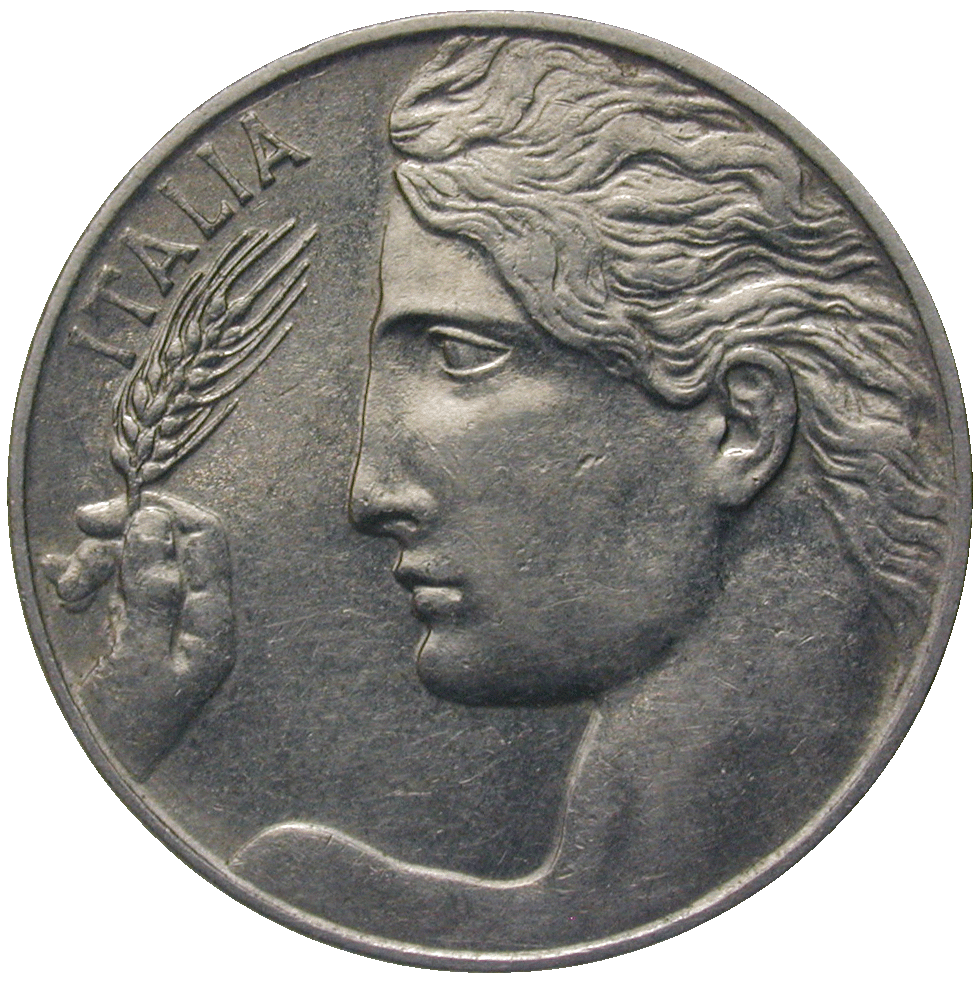 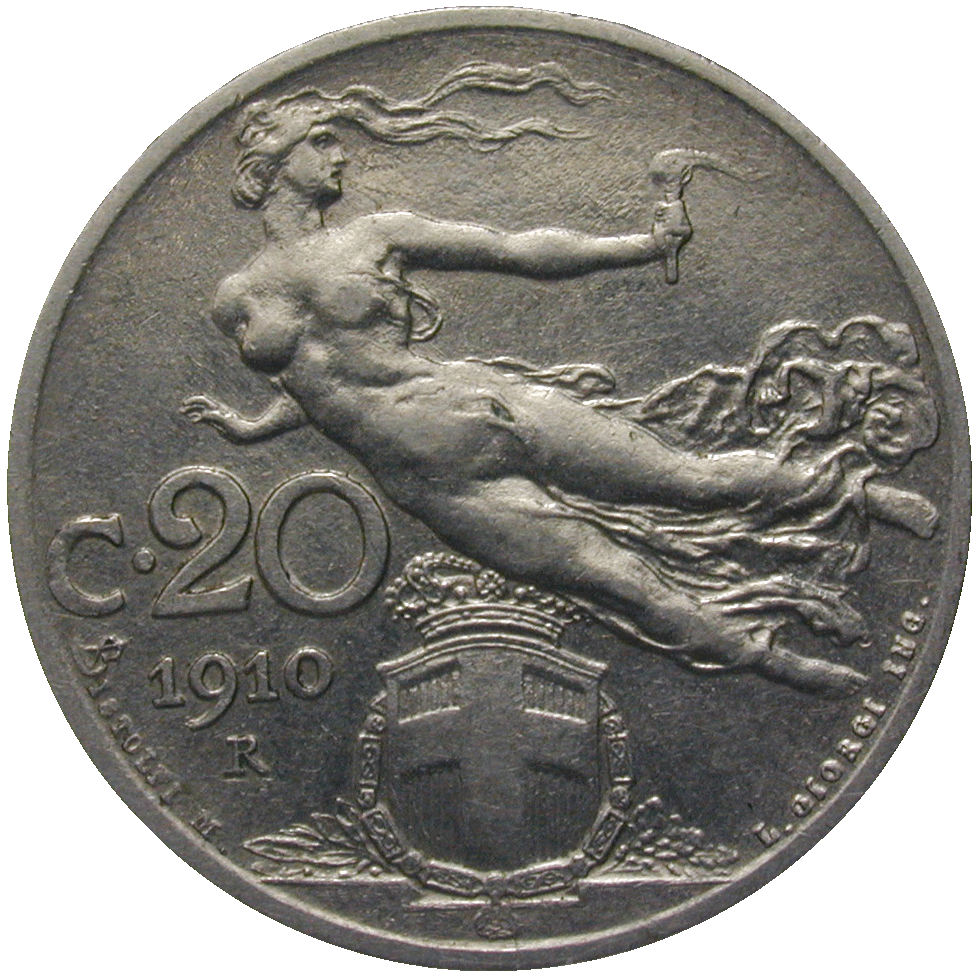 When this coin was issued, was Victor Emmanuel III king of Italy (1900-1947). In 1936 he furthermore became Emperor of Ethiopia and in 1939 King of Albania. Victor, or Vittorio in Italian, descended from the House of Savoy. This shows the crest on the reverse, below the half-naked hovering torchbearer. The lady is Italia, the personification of Italy. She is also depicted on the obverse, with androgynous features, however. Here she is holding an ear of wheat as symbol for the fertility of the Italian lands.