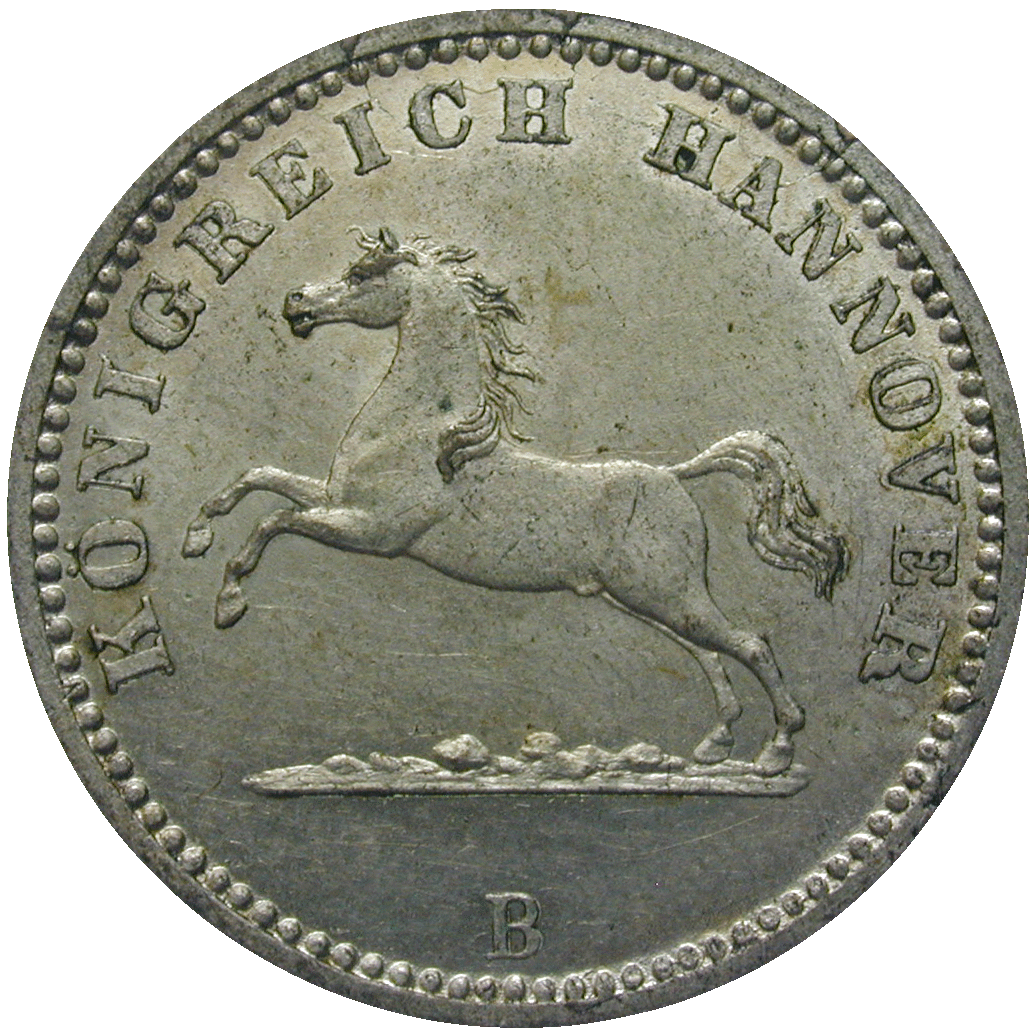 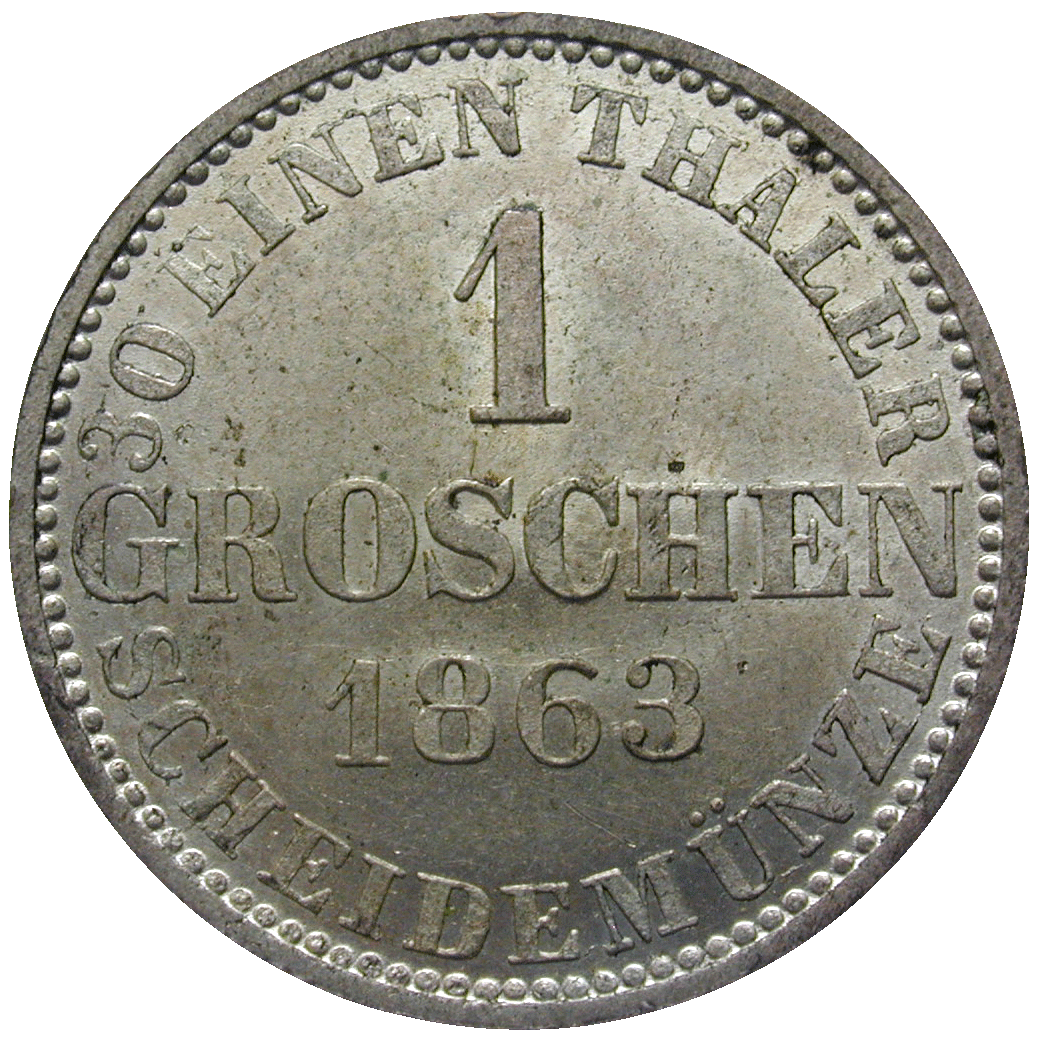 This groschen dating from 1863 comes from Hannover, the capital of the then-kingdom of Hannover under King George V (1851-1866). The coin brings to mind an epoch rather unknown in England and in Germany alike: the time when one and the same sovereign ruled Hannover and the World Empire of Great Britain. After the death of Queen Anne of Great Britain in 1714 her Protestant relative George of Hannover was assigned to the British throne, rather than to appoint a closer but Roman-Catholic member of the Royal family. Subsequently the Hannoverans ruled over the British Empire and over the their archduchy, from 1814 the Kingdom of of Hannover, for 123 years. George V, the issuer of this coin, was a cousin of the British Queen Victoria and, at least until her first child was born, second in line to inherit the British throne. George V also was the last king of Hannover. He lost his realm in 1866, when Prussia conquered and annexed the kingdom. The king fled to Vienna, where he lived with his family to the end of his life. Hannover remained a province of Prussia until 1946.