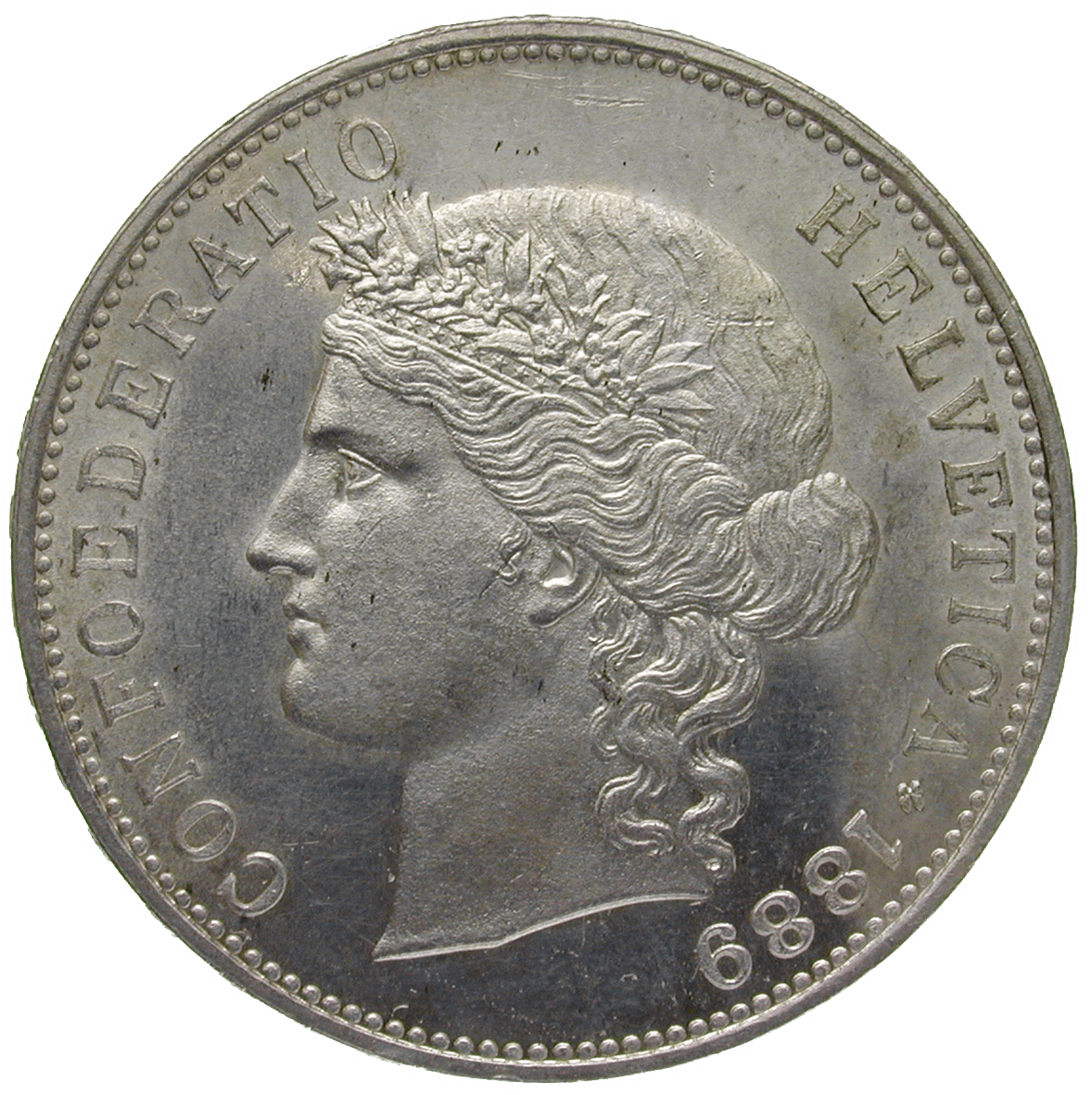 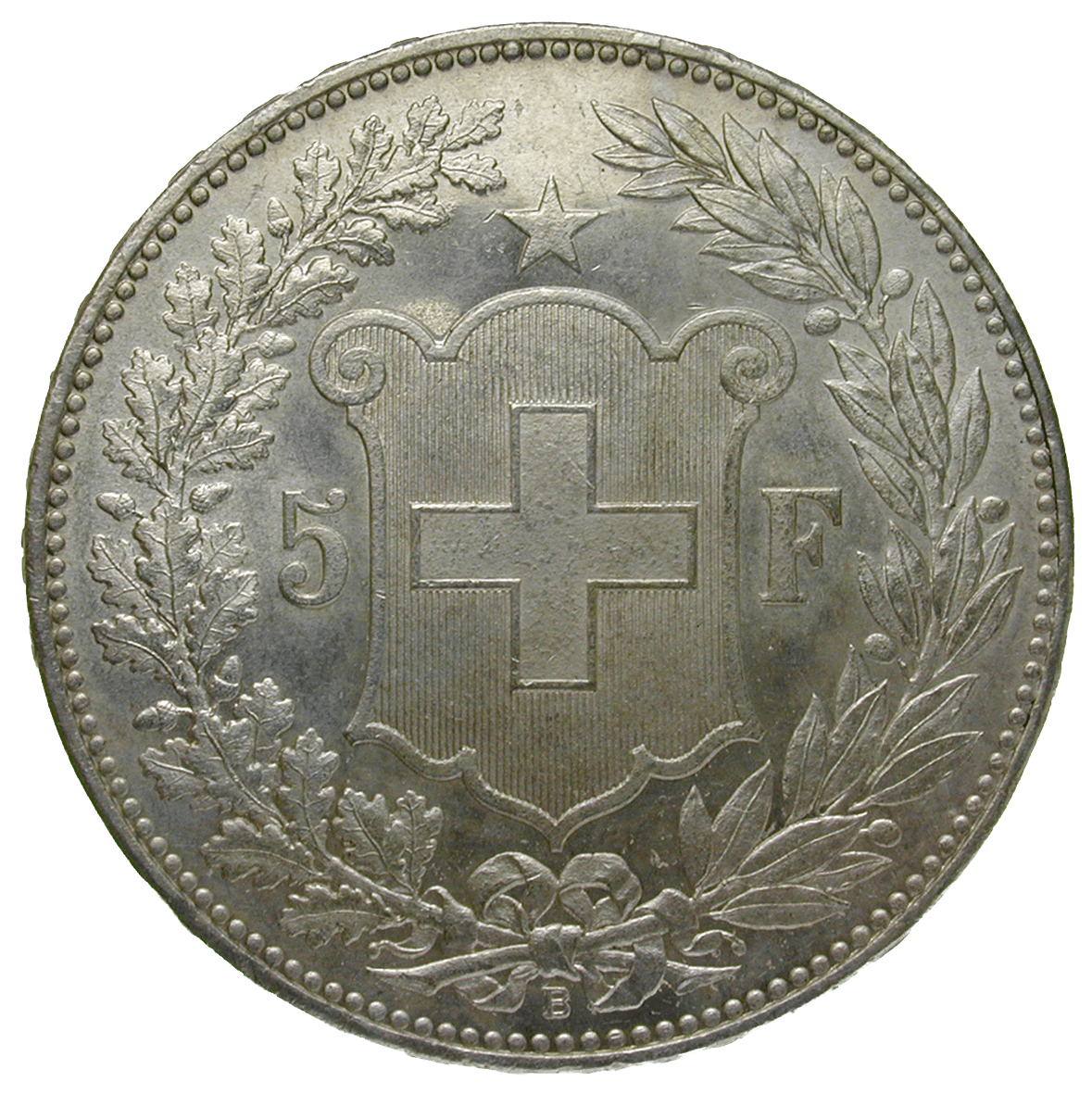 In 1888, a new design was created for the 5-franc piece. The model for the female head with a diadem and a wreath of Alpine roses was taken from the French 5-franc piece bearing the head of Ceres, goddess of earth and harvest, which had been minted in Paris for the last time in 1870. That French coin, in turn, was based on the heads on the coins of Syracuse in Sicily from the 5th century BC. Those had undoubtedly been the most beautiful coins of all times. The Helvetia, as well as Germania, Britannia, the French Marianne or the American Miss Liberty, are weak reverberations thereof.