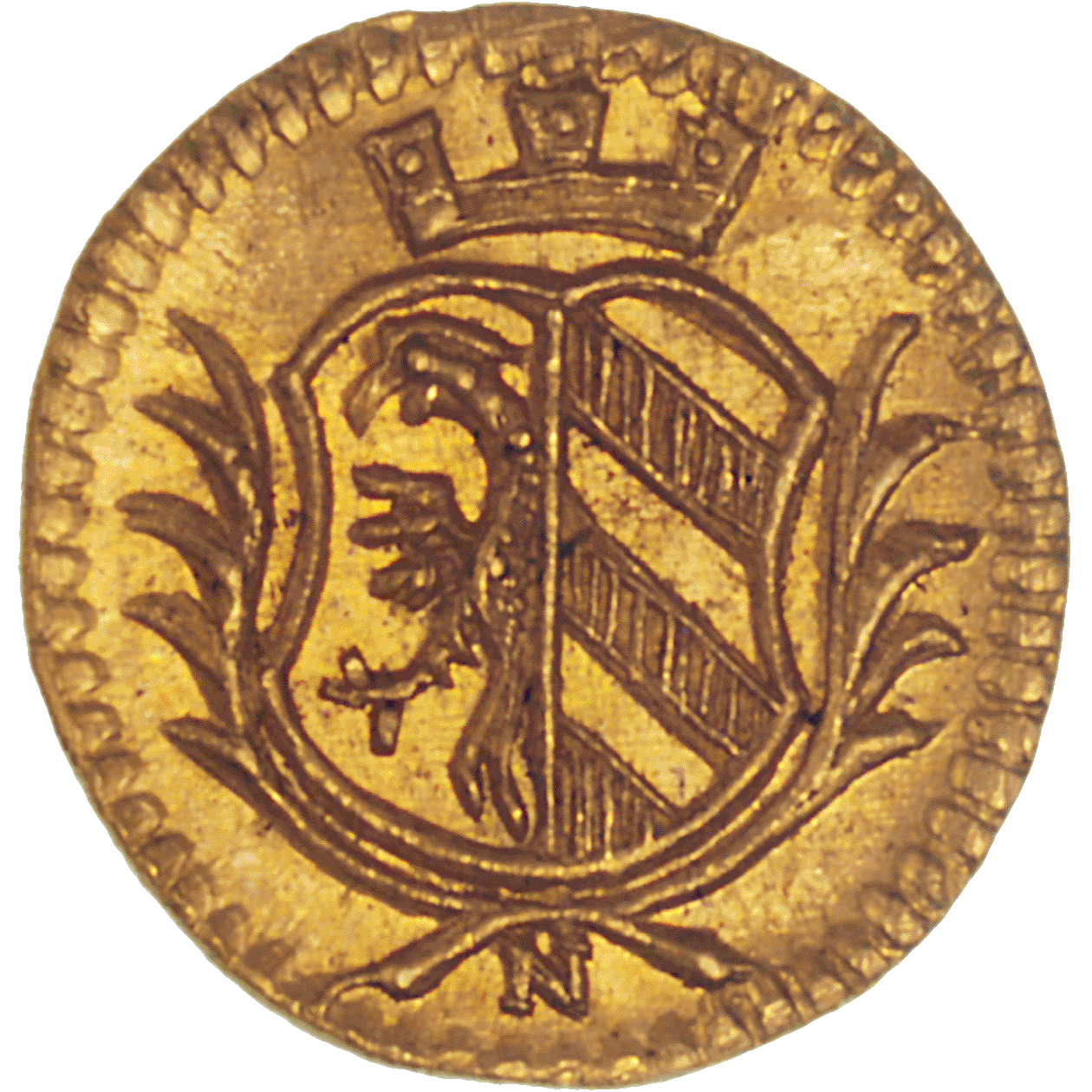 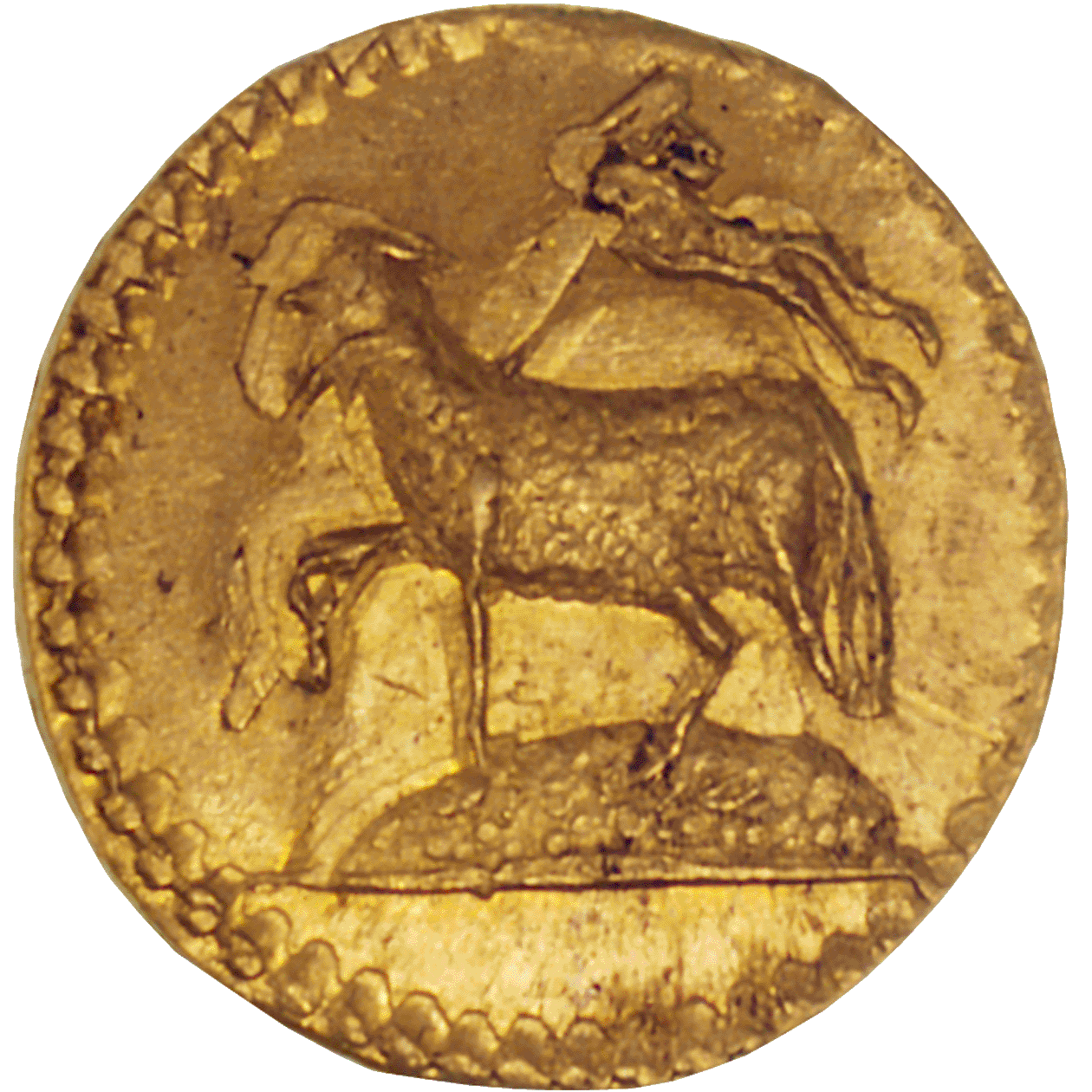 Around the middle of the 6th century BC, the Lydian king Croesus issued a series of staters that was a sensational innovation at that time: He had coins minted from one stater down to fractions worth 1/46 stater – not only in gold, but also in silver. It was the first time that fractions of one denomination in certain relations of value and weigh had been issued. The smallest fractions were tiny little coins – small money in the truest sense. All these staters bore a lion and a bull. In the year 1700, the city of Nuremberg did exactly the same. At the beginning of the new century it issued a series of gold coins showing the Lamb of God: the so-called lamb-ducats. Triple ducats were minted as well as fractions down to 1/32 ducat. Like this, everybody could afford to buy such a coin. Hence the lamb-ducats were soon very popular. They were used as christening presents and reissued until 1806.