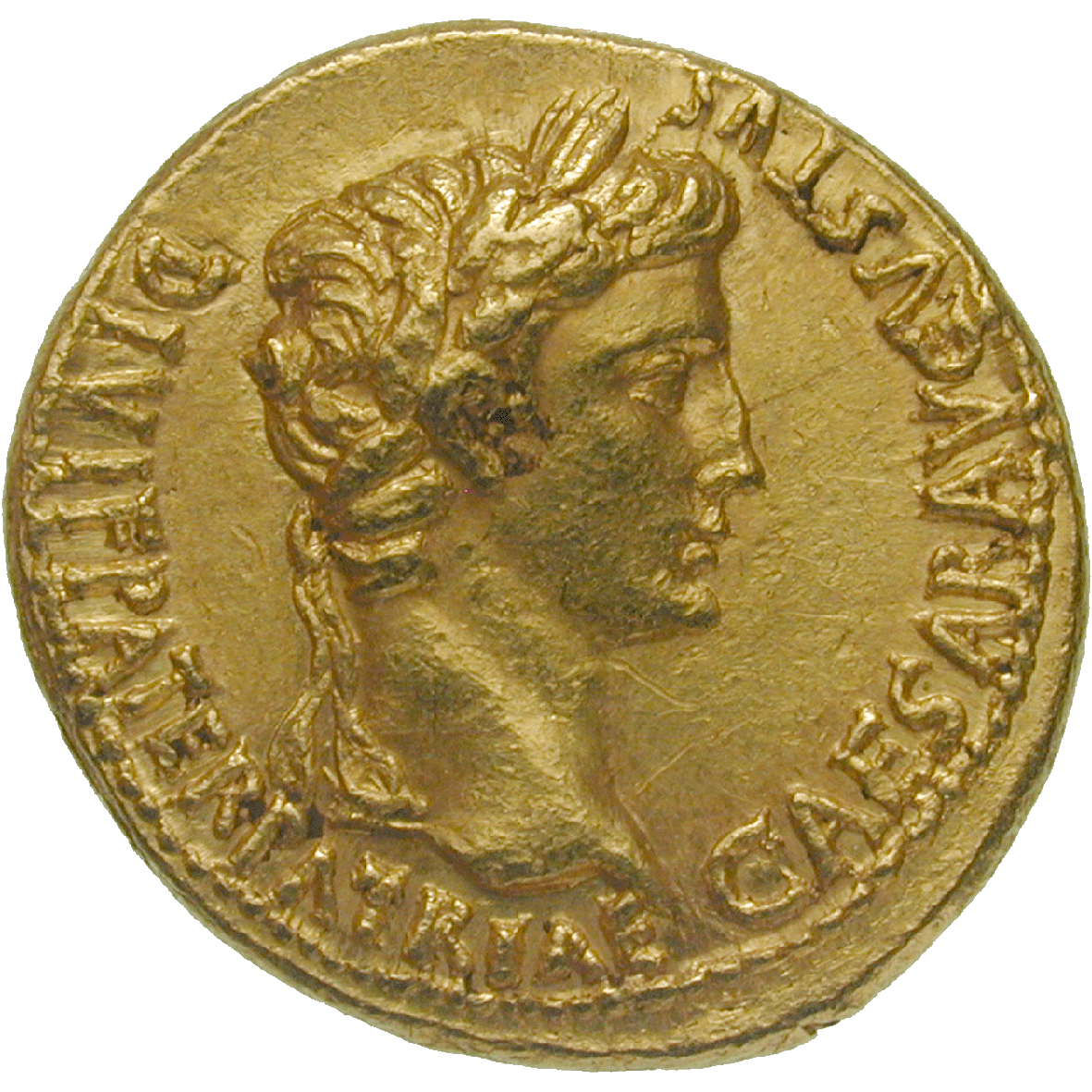 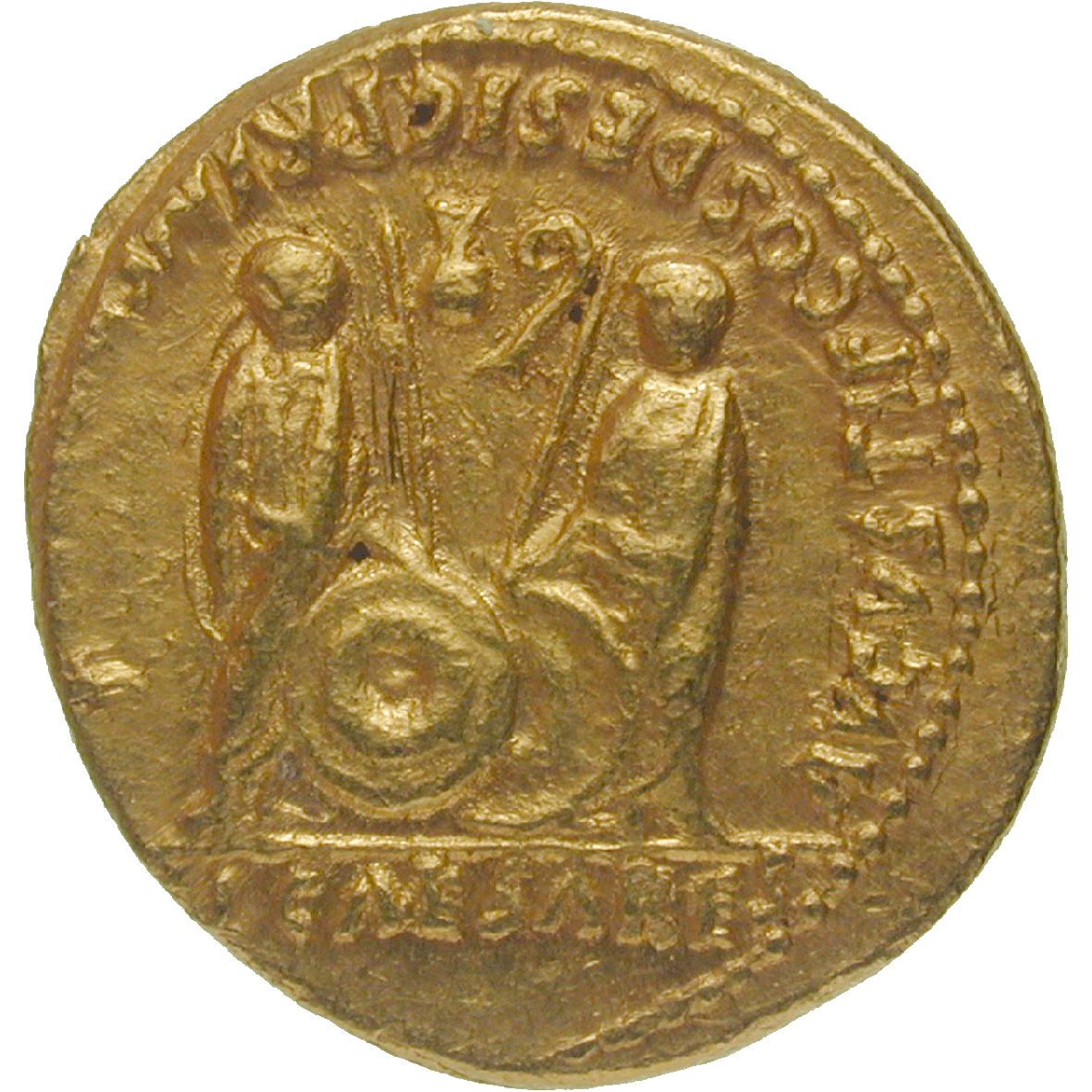 The youngster on the obverse of this aureus was the most powerful man of his time: Augustus, sole ruler of the Roman Empire from 27 BC to 14 AD. Officially, the power in the state lay with the senate. Augustus himself only held the position of a consul, although one with a wide scope of authority.

The Romans deeply mistrusted any dictatorial ambitions, a fact that had already cost the life of Augustus' adoptive father Julius Caesar. On the other hand, people in the provinces desired to bestow the strong man in Rome with divine honors, because according to their beliefs only a god could grant peace and prosperity. In 2 BC, Augustus therefore adopted the title of 'pater patriae', father of the fatherland. At that time, he was already 60 years old and far from being the youth as which he was portrayed on the coins minted to celebrate the occasion.

DIVI F[ilius] PATER PATRIAE CAESAR AVGVSTVS, son of the divine Caesar, father of the fatherland, Caesar Augustus, reads the legend. The reverse shows the emperor's two grandsons Gaius and Lucius Caesar, thus introducing them as his heirs and successors.