Kingdom of the Netherlands, Wilhelmina, 10 Gulden 1917 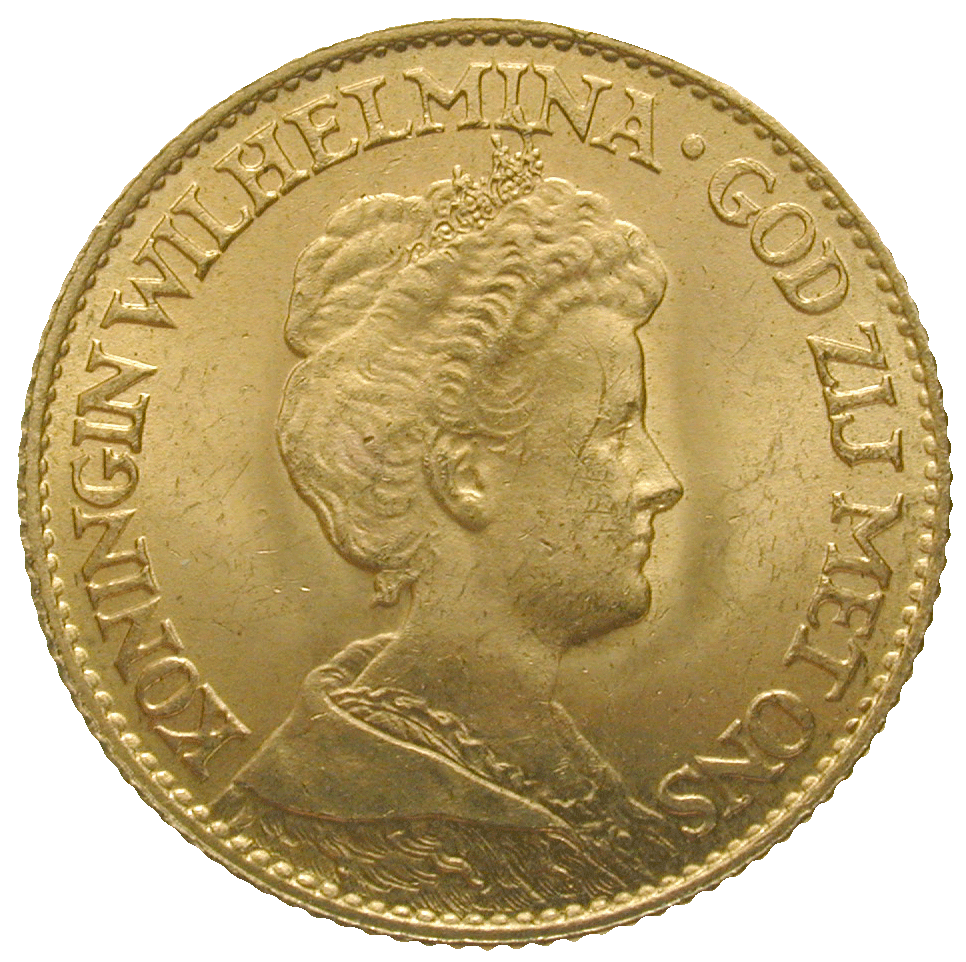 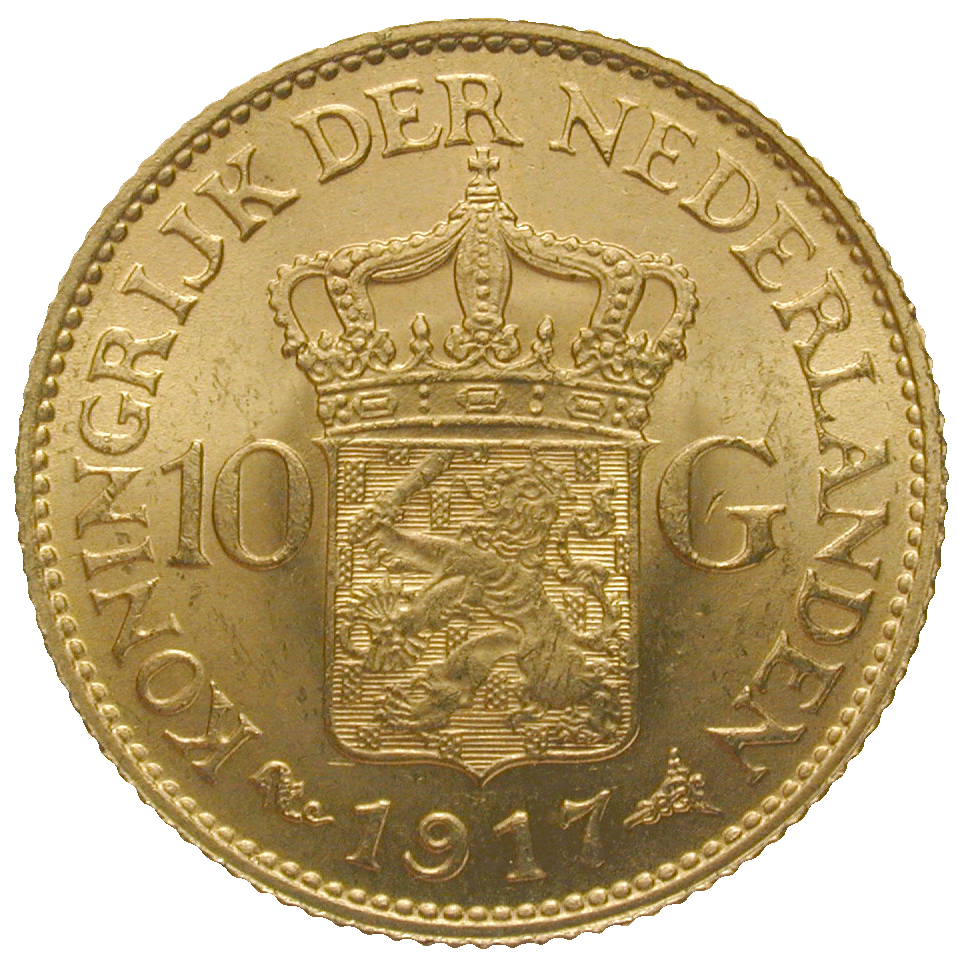 Wilhelmina of Orange-Nassau, Queen of the Netherlands, reigned her country for more than half a century (1890-1948). During this long reign the Queen's look changed, naturally, so that the portrait on her coins had to be adapted several times. On her first relatively rare pieces of 10 guldens, the Queen was depicted as a young girl without a crown but with long, flowing hair (1892-1897). As from her 18th birthday she was portrayed as a young woman with a crown and her hair pinned up (1898-1911), and from her 30th birthday as a mature woman; our coin belongs to that series (1911-1917). Finally from 1925, there was a fourth type showing the Queen as an elderly lady. To illustrate the aging process on ones coins was by no means a matter of course at that time: The British queen Victoria had herself portrayed as a young woman on her money until her 50th crown jubilee, at which time Victoria was 68 years old.