Canton of Berne, Deposito Cassa of the City of Berne, 100 French Talers at 5 Francs 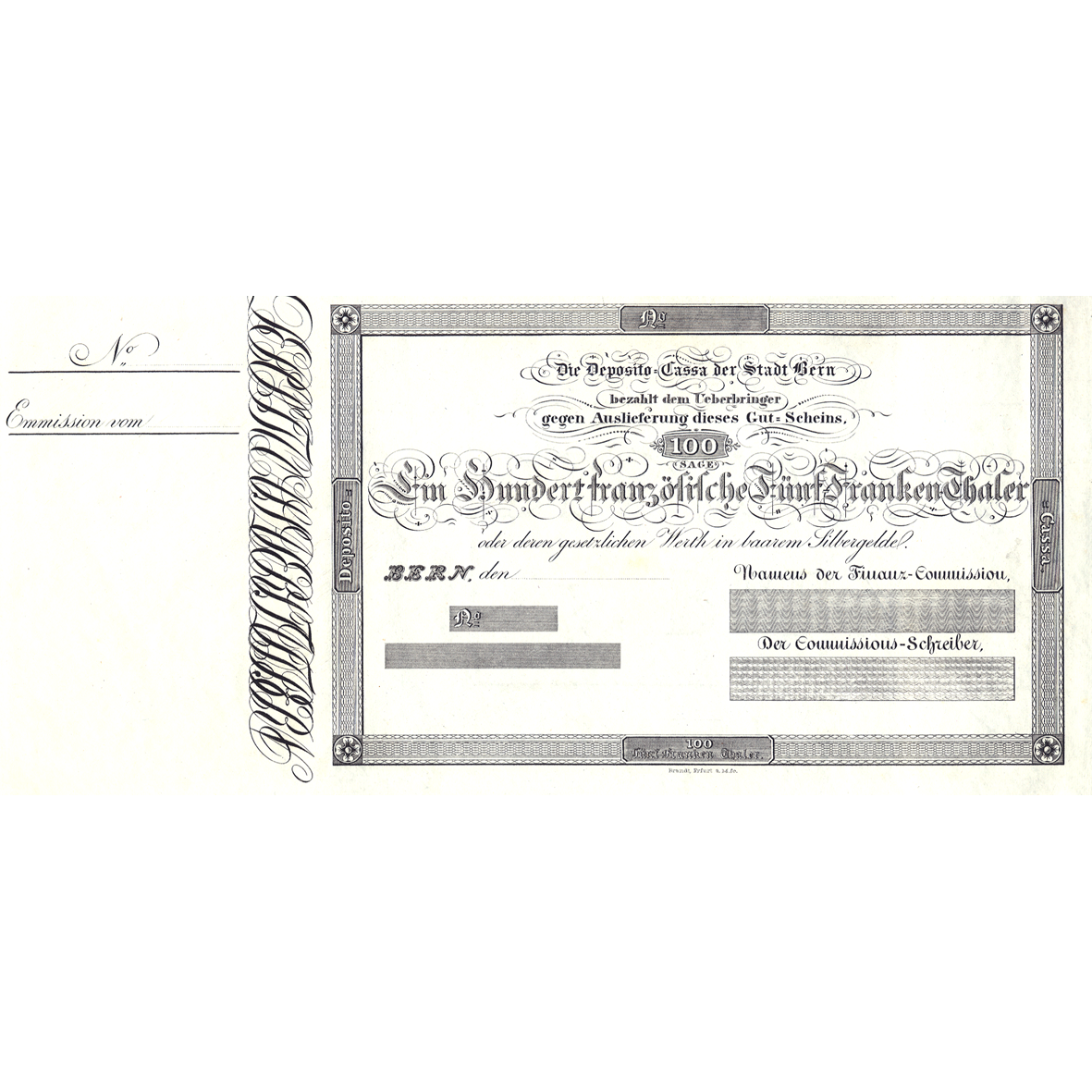 In April 1825 the English stock market collapsed. The reasons are not entirely clear – perhaps the trigger was a high treasury bill that the Bank Of England brought into circulation to diminish the money supply. Whatever it was, the financial system was plunged into a turmoil that made itself felt beyond England even in faraway Berne.

To secure the city's financial reserves, the Council of Berne decreed to move its diverse city funds into local banking houses. A financial commission studied this resolution, and came to the conclusion, that the existing banks were not safe enough. A new bank was needed.

Thus, in May 1825, the Depostito-Cassa of the Burgergemeinde of Berne was founded. That same year it released its own, banknote-like paper money, and with this became the first Swiss note-issuing bank. Under the name of DC Bank the financial institute exists up to this day.