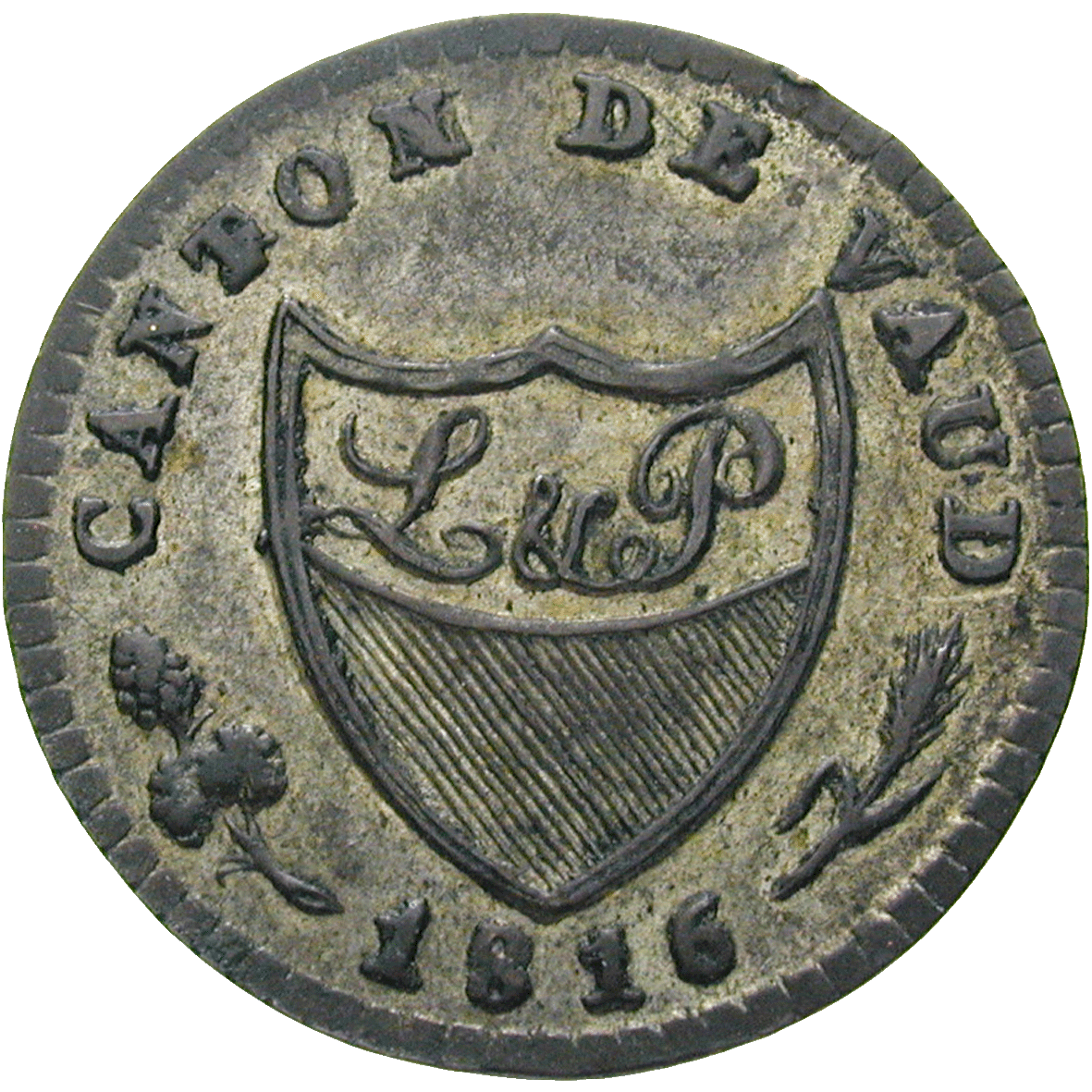 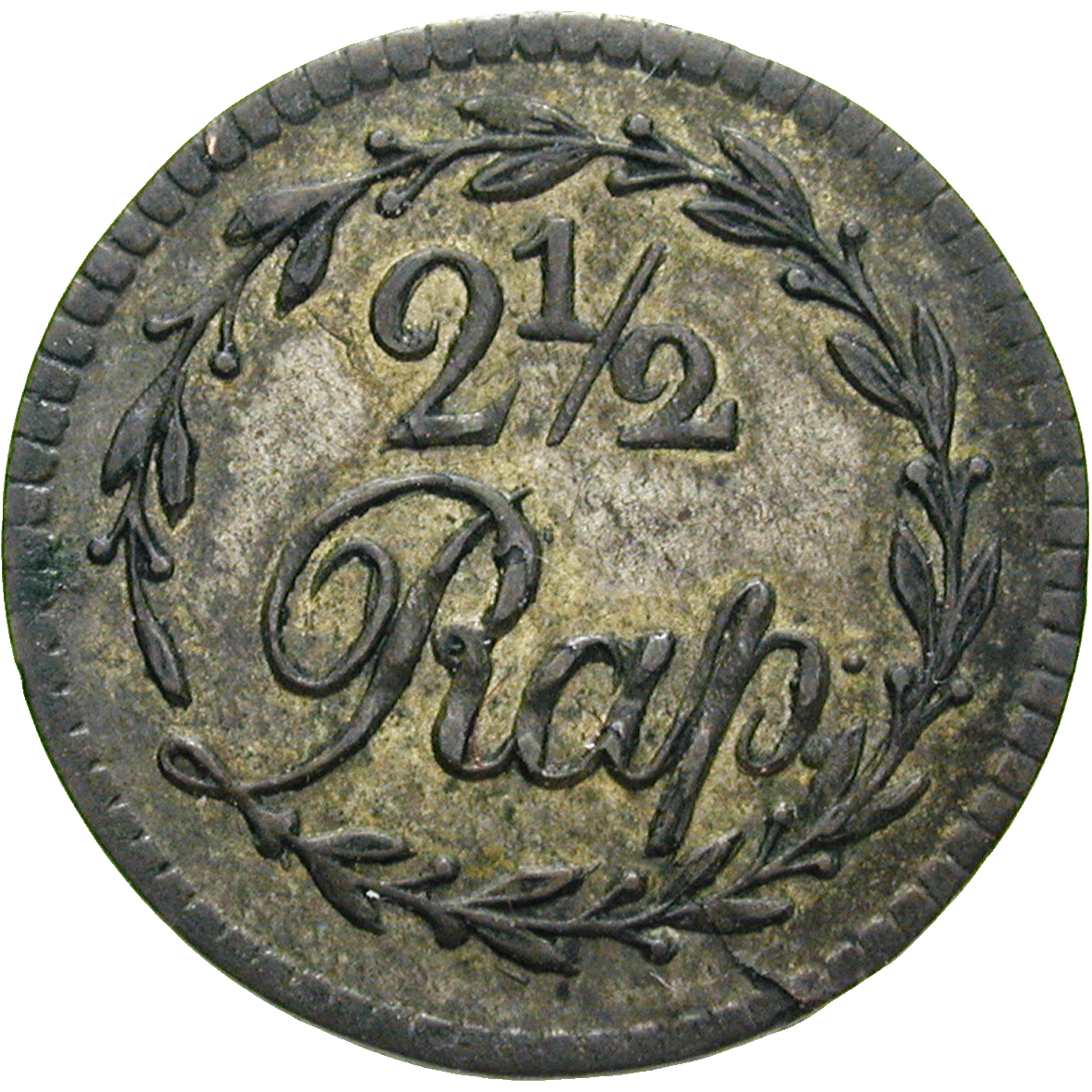 Like the other Swiss cantons, Vaud abode to the resolution of the Tagsatzung (the council of the Swiss confederacy) of 1803, according to which all Swiss cantons were to mint their coins geared to the same system: 1 Swiss franc was divided into 10 batzen and 100 rappen. The canton of Vaud, which had been created during the time of the French occupation, issued its first coins in 1804. They bore the motto "Liberty and Fatherland" on the canton's coat of arms.