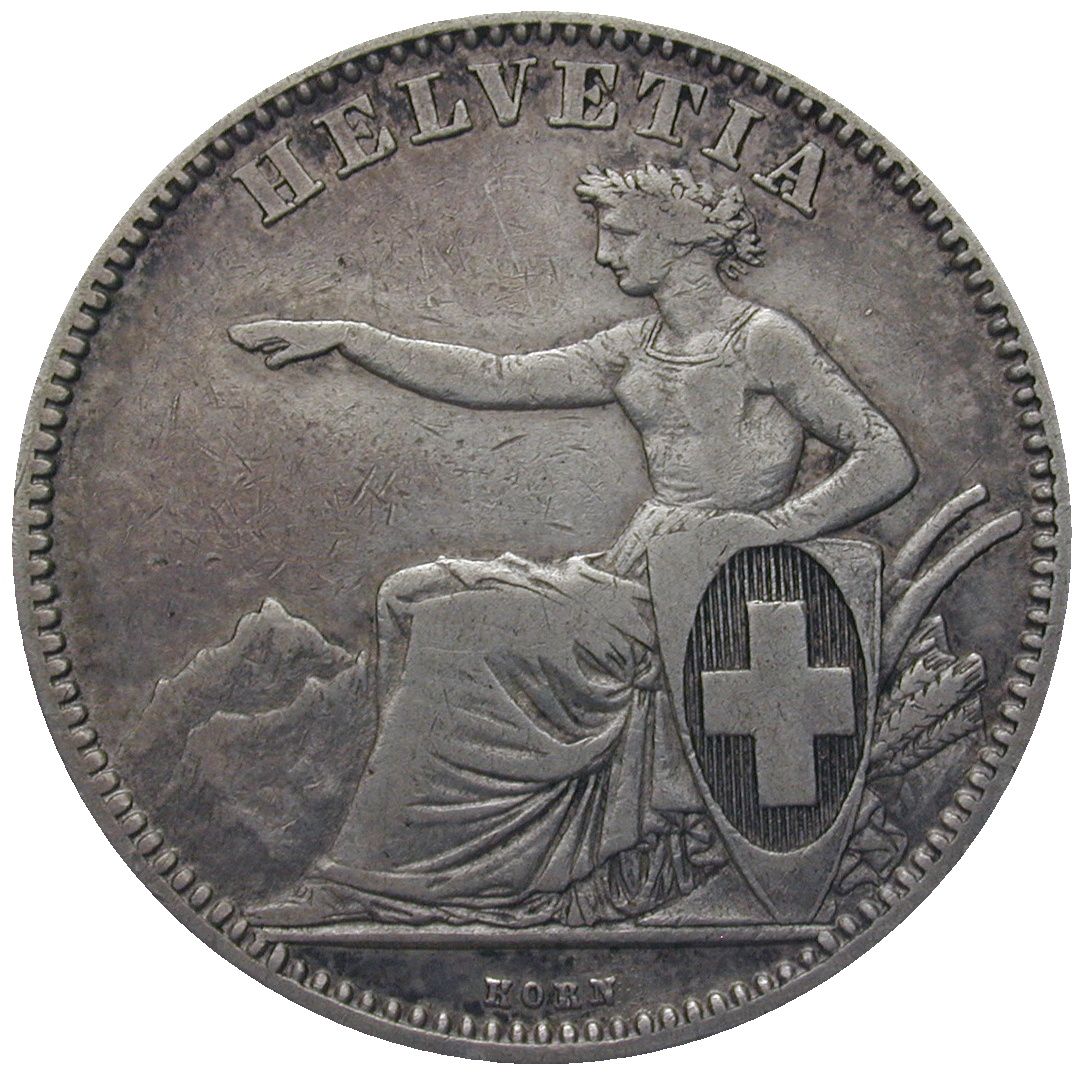 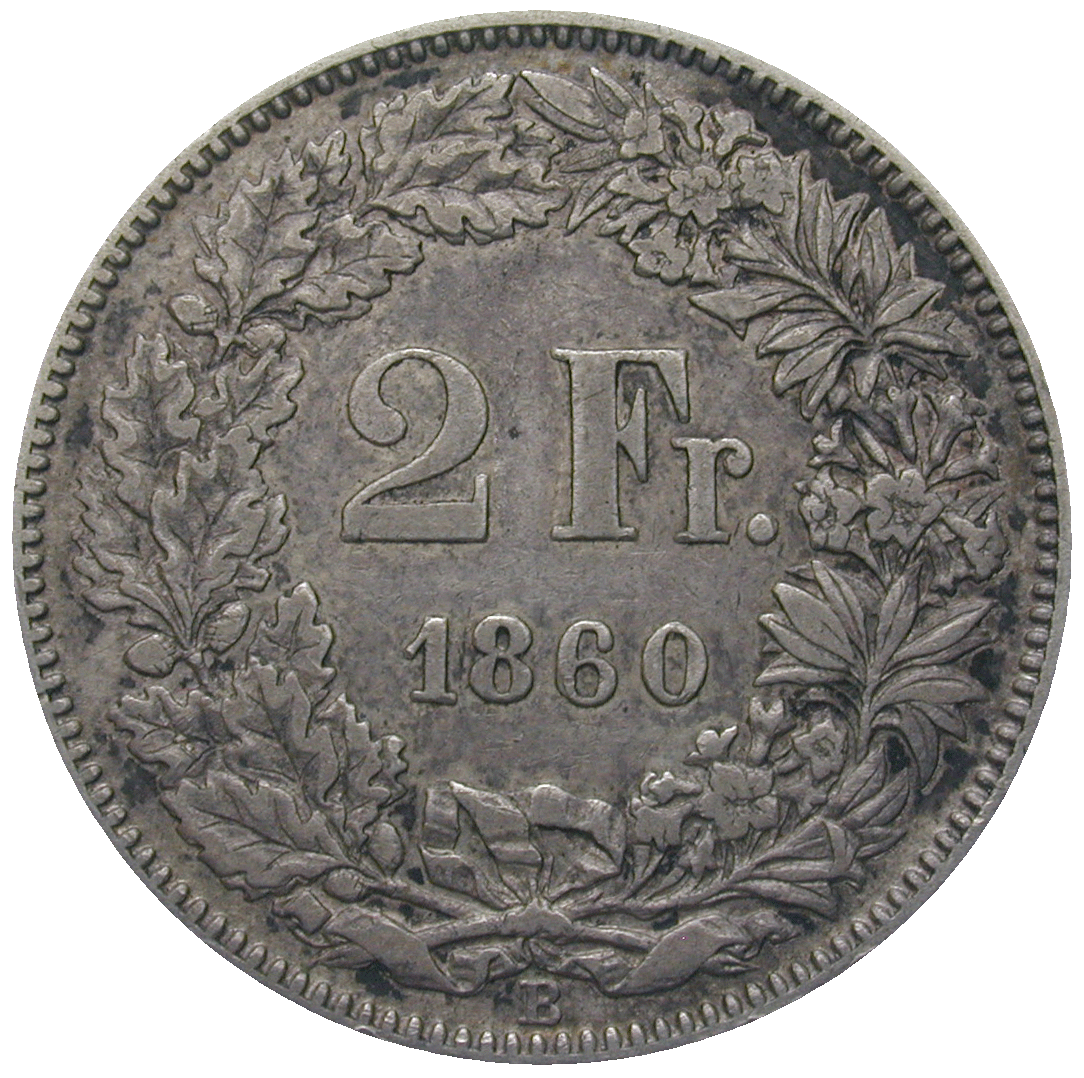 The foundation of the Swiss Confederation took place on September 12, 1848 – not entirely peaceful: In November 1847, a civil war broke out; it lasted less than a month, however, and caused fewer than 100 casualties. To date, this was the last armed conflict on Swiss territory. Two years later, Switzerland introduced a single currency for the first time. It was geared after the French franc, since Swiss coinage was to a large extend under French influence anyway. The new Swiss currency unit was the silver franc that was issued in pieces of 5, 2, 1 and 1/2 francs. In addition there were divisional coins of 20, 10, 5, 2 and 1 rappens. This system remained basically unchanged until today – save that since 1968 the Swiss coins are not made from precious metals any more, and that the smallest denominations of 1 and 2 rappens are no longer in circulation.