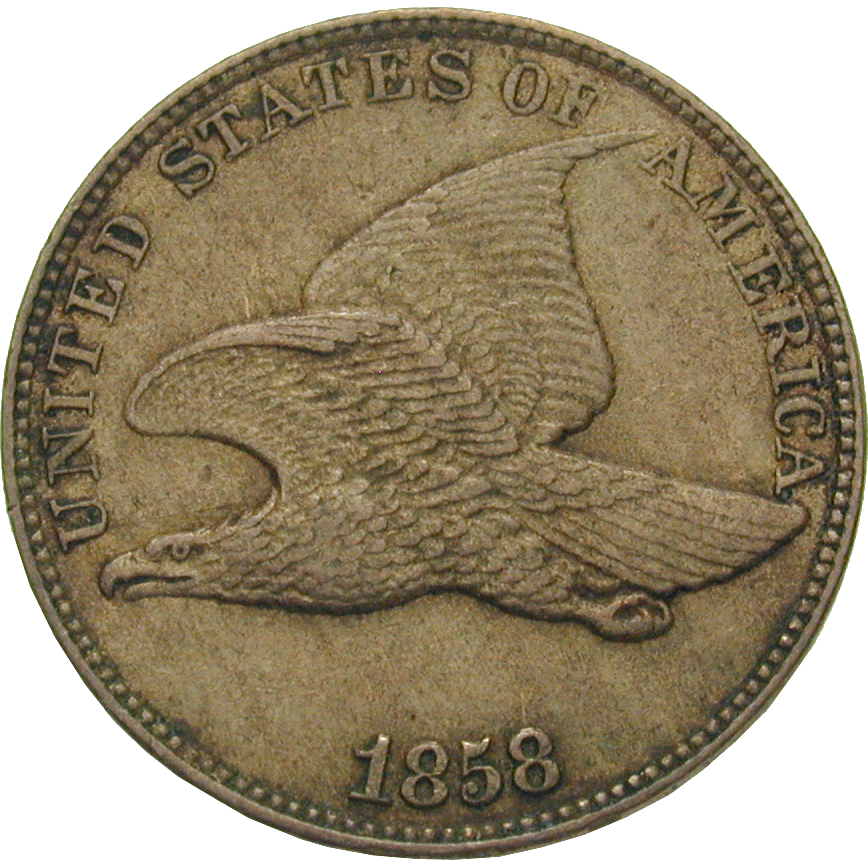 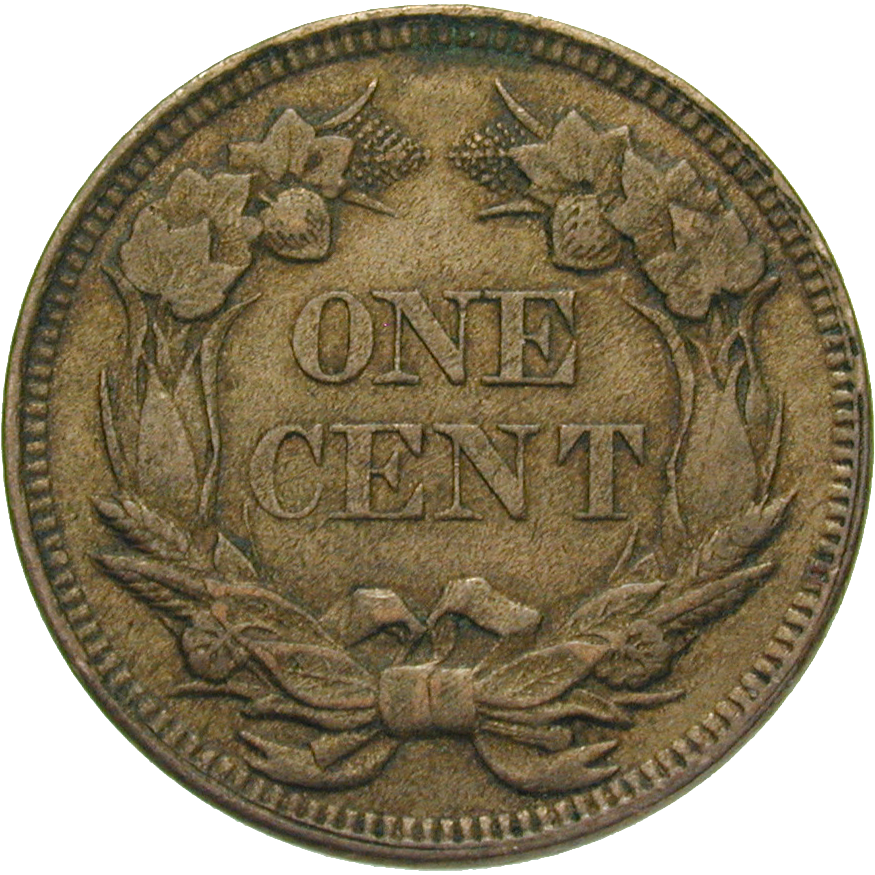 American cents exist since the United States started to issue its own currency in 1793. That year, the Congress decided after extended discussions, to introduce a national currency under the name of "dollar." The plan was to issue gold, silver, and copper coins, each with a symbol of freedom on the obverse. In 1857, the original cent's size was reduced by one whole centimeter: the coin shank from a diameter of 29 to 19 millimeters. Intrinsically, the new, small cent was not the same as its forerunner, too. The alloy henceforth was made from copper and nickel, and with that the cent’s weight sank from 13.5 to 4.7 gram.