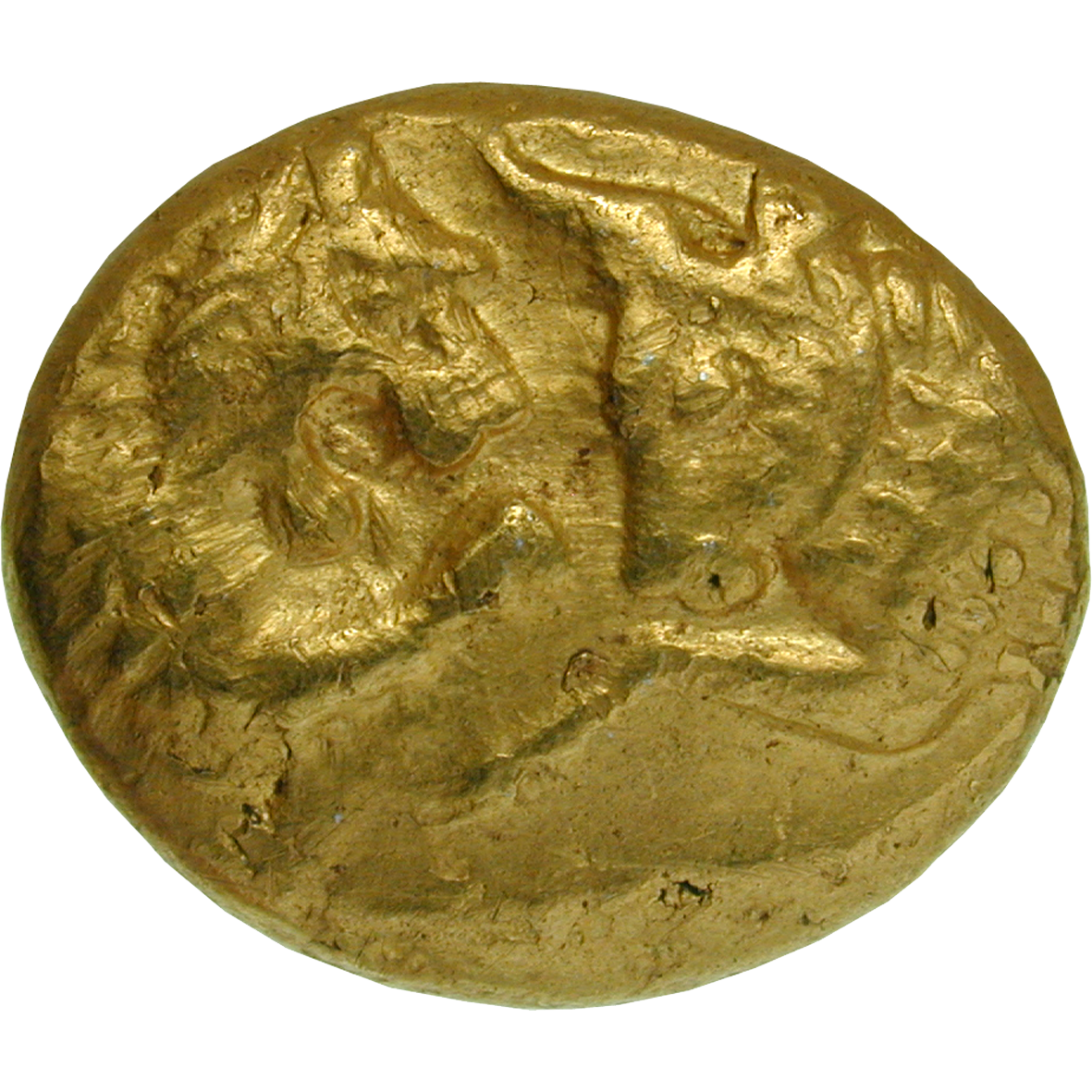 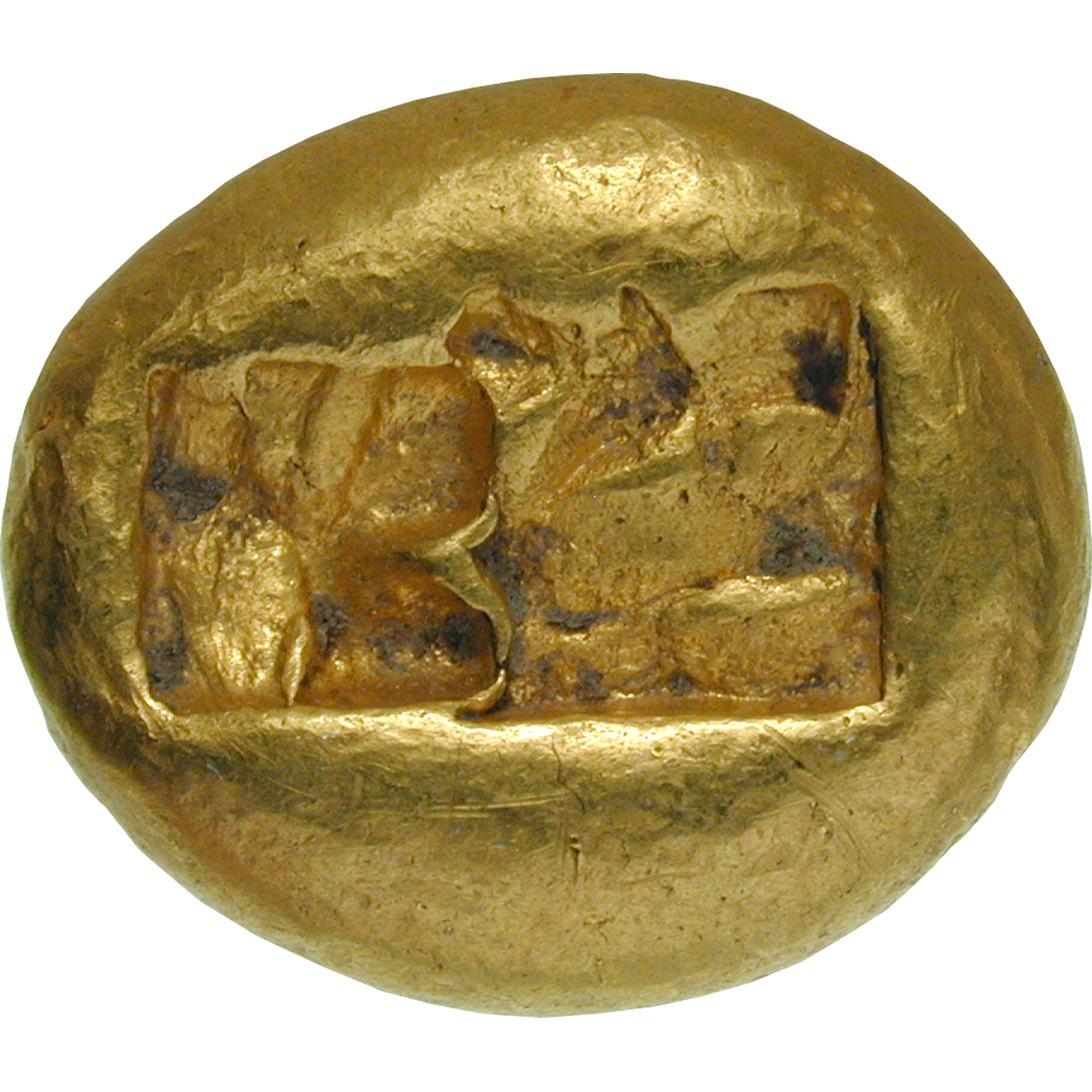 For some reason, the proverbially rich Lydian king Croesus (561-546 BC) is often said to have invented coinage. This is not true. Yet Croesus does earn the merit of being the intellectual father of a bimetallic currency from silver and gold.

This stater issued by Croesus marks the transition between the old coins from electrum, and the new bimetallic coinage. It is a prototype, a forerunner of the later coins from silver and gold. The stater is from gold, but its image still shows the same characteristic as the traditional Lydian electrum coins. The distinguishing feature is the little wart between the lion's nose and forehead. It is typical for the old coins, but disappeares with the actual introduction of the gold and silver coins.