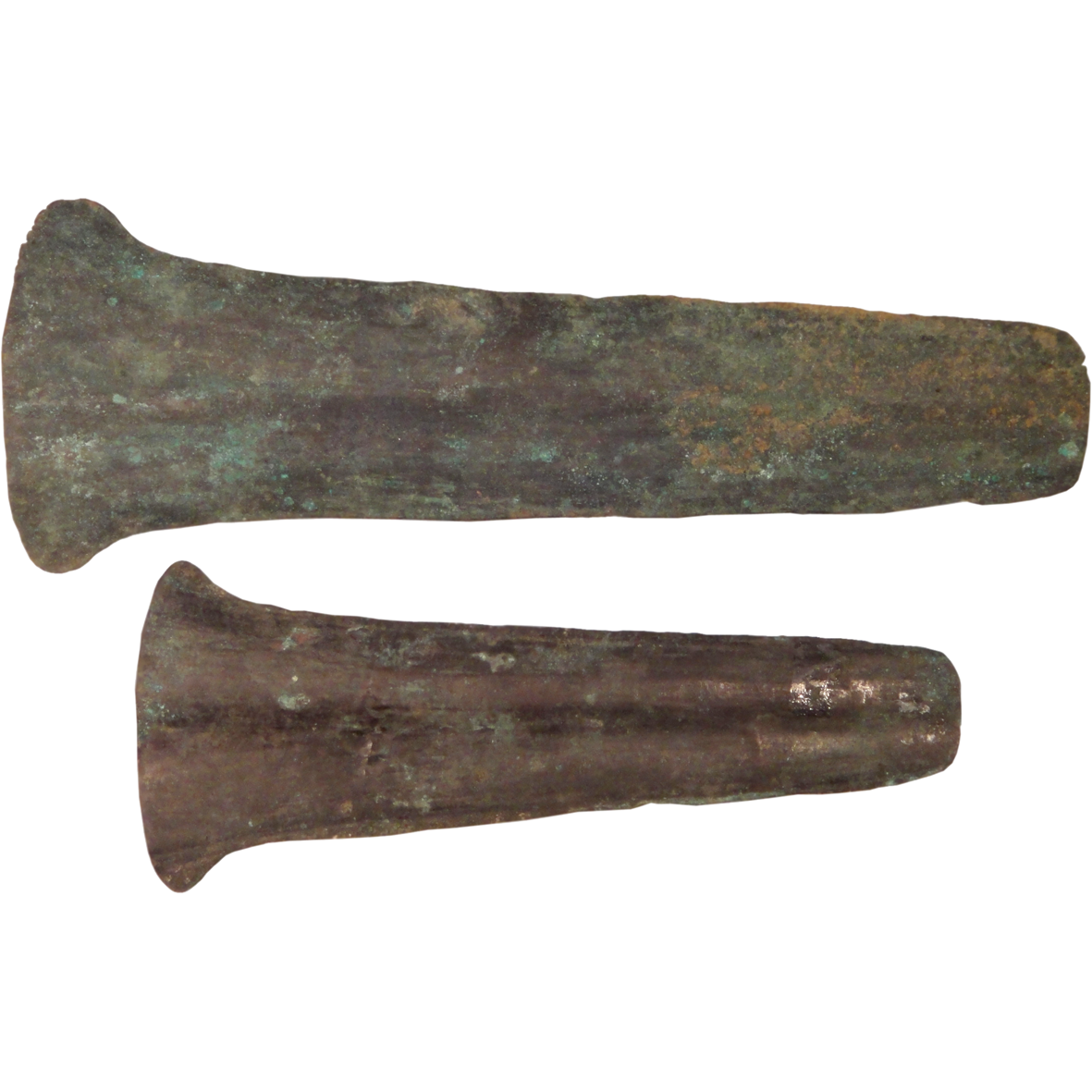 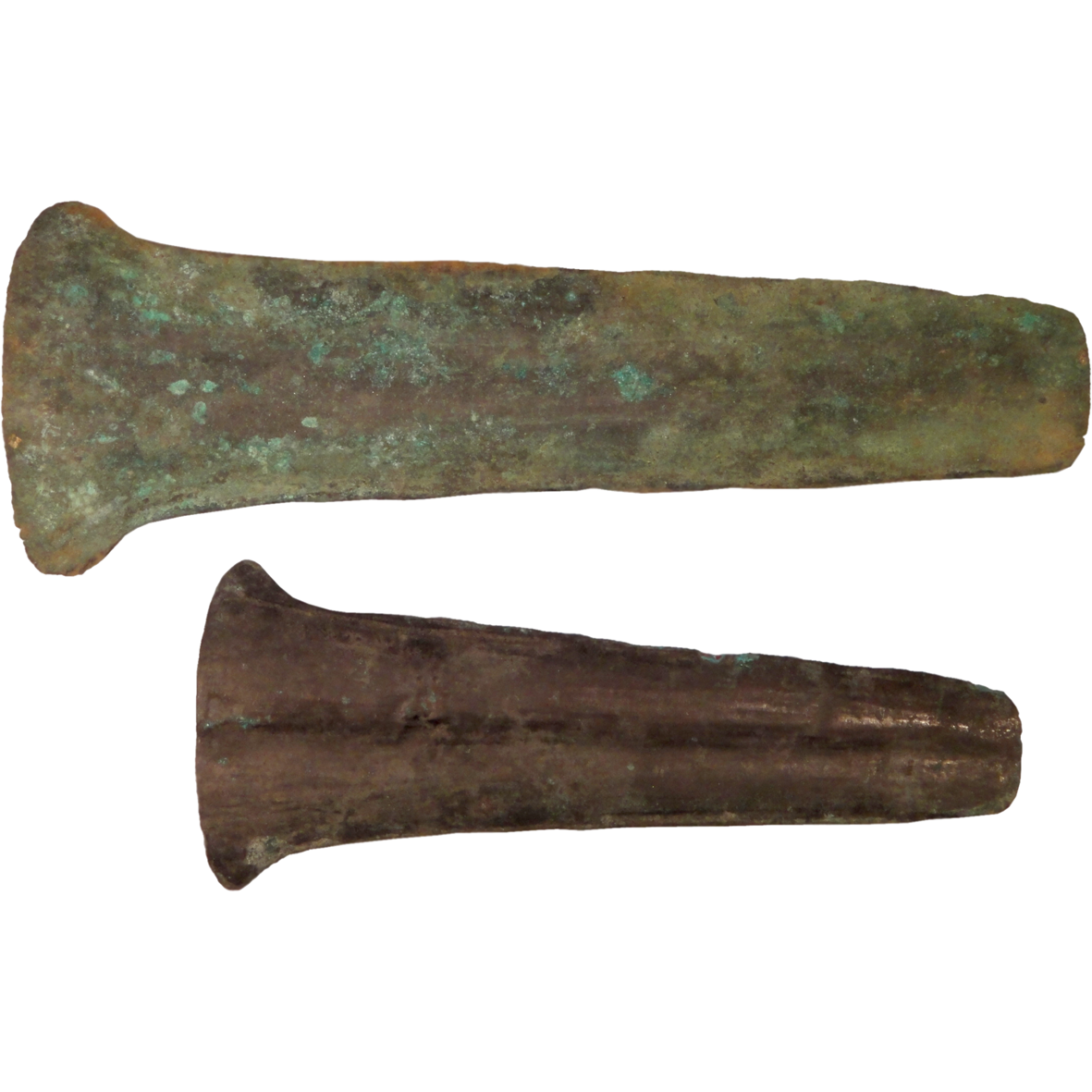 Axe money developed over centuries: Axes, initially used as weapons and tools, turned into purely symbolic forms that were useless as objects of utility. The development took place in several steps, each of which produced specific types of axes. Those two axes stand at the end of the evolution. They are normally found stacked and in packets of twenty and more pieces. This and the fact, that they developed into purely symbolic forms over time, speaks for their use as money.